For Empire fans, Cookie Lyons and her flashy outfits are reason enough to tune in weekly (of course, the constant drama and signature beats help, too). Cookie’s eclectic wardrobe includes fantastic furs worthy of Fashion Week street style snaps and animal prints to prove she’s queen of the jungle (and of her empire), all paired with sky high heels. All of her ostentatious outfits introduced her as a character in the first season, when she left jail to re-join her family in New York, running their record label.

Once she was back in the real world, Cookie embraced the trends she had been missing, but maintained her own personal style throughout the season. While her looks wouldn’t exactly fit in at the office, proven when a New York Times reporter dressed up as her for a week, they’re perfect for brightening up the already highly dramatic television series, adding to its glamorous hijinks.

Empire‘s former costume designer, Rita McGhee, has been nominated in the “Outstanding Contemporary Television Series” category at the Costume Designers Guild Awards for her work on the show’s soapy first season. The awards will be on February 23; other nominees in the same category are American Horror Story: Hotel, Transparent and House of Cards. The Observer spoke with Ms. McGhee to find out what inspired the creation of Cookie’s unique sense of style, and where she found her feline prints and furs.

Tell us a little bit about your process when it came to dressing Cookie, including how you found all of her fantastic furs and animal prints. Dressing Cookie was about being beautifully empowered with strength and style. I kept Cookie in deep, rich textures and a colorful palate. Finding furs for Cookie is all about a piece that stands out, furs with color like blues, or white with tan spots; never the typical color shape or style. Cookie always wants to be noticed because that’s important to her, but she does it with class. Her style is inspired by hip hop, but she’s also a soft, refined women and mother.

How did you evolve Cookie’s style from the beginning of season 1 when she was leaving prison, to later, when she became a successful businesswoman? Cookie’s style evolved because she became stronger. She had female role models who were not only smart, but dressed the part. Cookie wears pants suits in the board room with a fur and beautiful jewelry, but it’s never too much at one time. She’s worn a skirt suit, but it would be in leopard to represent that she is a warrior and she breaks the mold. Cookie’s worn fitted dresses with stripes; that shows a power play in the board room or in the recording studio.

What were your favorite designers to use on the show, especially when dressing Cookie? Cookie knows how to wear and create style, so everything from high end to low end worked. The first season (my season of Empire), was the hardest! I was up for the challenge, but we didn’t have a huge budget so I made it work. Cookie wore a dress from Target with Prada heels, a Gucci purse and pearls and she rocked it. Other favorites were Saint Laurent, Givenchy and Chanel.

Who are your favorite music icons you look to when dressing the cast? Mary J. Blige, Diana Ross, Beyonce, Berry Gordy, L.A. Reid and Babyface.

What’s your inspiration when dressing Lucious? What designers and colors have you used?  I used colors for emperors that were royal, deep, rich and luxe. Yellow, purple, green, red, burgundy and ocean blue. He is a crime boss, so the mafia and crime lords were an inspiration. He wore hats, scarves, ascots, overcoats and double breasted suits. Lucious is a ruthless leader. 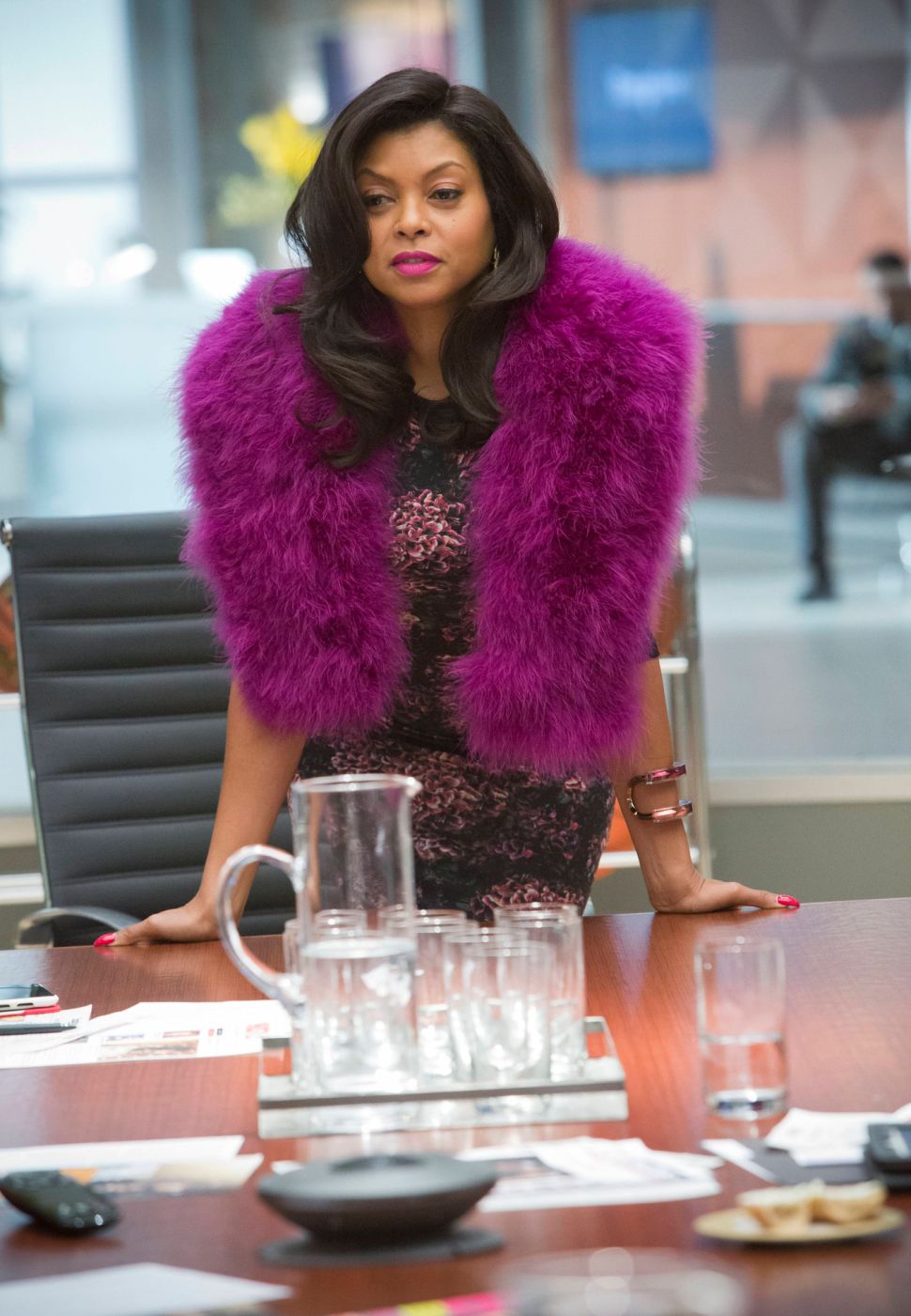