We have just lived through the greatest era of fake entrepreneurs.

It was a second-wave dot-com boom that lasted five to six years, when money was so readily available (many have referred to it as the Age of the Unicorns) that it felt like anybody could get in on the “become-an-entrepreneur” game. People believed that raising several millions of dollars for a business meant that they were a successful entrepreneur.

The current misjudgment in the business ecosystem—that raising money means you have achieved something or is something to celebrate—is insanity to me. As the economy gets tighter, these businesses will start to disappear. Some will become acquired by other companies, but rarely does that mean anyone actually made any money. Usually it just means you get jobs. Big Company A launches, it fails, investors lose money, and now they work at Big Company B instead. It is branded as an acquisition, but the reality is very different. It’s an acqui-hire.

Both the rise in the sense of entitlement over the last couple years and the belief that becoming an entrepreneur is possible for anyone have a big role to play in this “fail and get acquired” practice. A business ecosystem that essentially says, “If you read about it and work hard, you can do it.”, is bullshit. How do we fix that? There now needs to be a reset around how we look at entrepreneurship as a skill and talent and what it takes to start and lead a successful company. Most people think entrepreneurship is a developable skill, and it’s just not.

WHEN THE NBA MEETS AN MBA

If someone plays a few games of pickup basketball, they don’t automatically believe that they’re ready for the NBA. But the same understanding of skill and talent just doesn’t seem to be applied when we talk about entrepreneurship. So many “entrepreneurs” over the last five years are people that one day decided they’re just going to “become an entrepreneur” and expect it to be something they can pick up and learn. Build a company. Raise some money. Done, no problem.

We all know how hard NBA players work on their craft to get to that professional level. They are taking shots and practicing their ball handling everyday for hours on end, for years and years. But we’re also equally aware of the massive amount of athleticism and talent that they were born with to harness and execute against.

Imagine if the NBA opened up tryouts to everyone and anyone who tried out made the league and became an NBA player. That’s basically how we’ve been treating entrepreneurs and the start-up culture. Someone shows up to tryouts and they’re automatically referred to as an entrepreneur and someone who builds businesses.

Why don’t we apply the same perspective, how we view the talents and skill sets of our best athletes, to how we teach entrepreneurship and becoming and entrepreneur? So little thought is given to that fact that just like the top athletes in the world, entrepreneurs who build successful businesses come from a certain breed.  They have an entrepreneurial DNA that allowed them to hone in on their business skills in the first place. 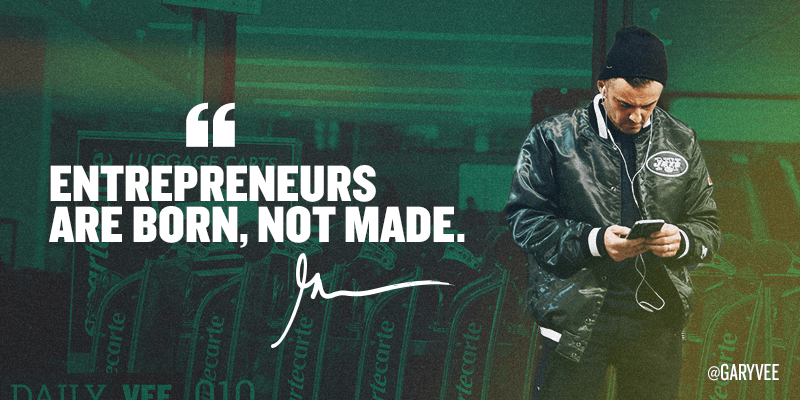 Because the fact is this: entrepreneurs are born, not made. Of course, anyone can maximize any skillset, but it doesn’t necessarily make them successful at it. I could maximize my singing with vocal lessons, but I’ll still always just be a mediocre singer. To win at the very top of the chain, to make it big in the business world and in any arena, you have to be born with talent.

AN ENTREPRENEUR’S CHARACTERISTICS AND SKILLS

So what are the characteristics and skills of a good entrepreneur? What’s the “it” factor that makes for a great entrepreneur? To be a basketball star, you would most likely be extremely tall, fast, athletic, and have real hops. But the qualities of a great entrepreneur are  more abstract or illusive for someone studying entrepreneurship and business. From my experience, I believe there are five major traits that mean you have the chops when it comes to building a business and living the life of an entrepreneur.

Listen, everybody is born with some capability to run a business. But 90%  are born with the capability to run a business into the ground. There is an amazing amount of entrepreneurs who can make $80,000-$90,000 working for themselves running a small e-commerce shop around a personal interest of theirs. And the opportunities to do that have never been more available. If you want to do that, do it. It was the main thesis statement of my first book Crush It. I am all about that life and I support it.

But let’s be clear about entrepreneurs and the businesses they run: there are levels to this shit. The higher you climb and the more the business grows, the stakes become a lot bigger. More and more people are depending on you to make the right decisions for them and the company. The league you’re playing in and the skill set required jumps from pickup ball to NBA very quickly.

Sure anyone can start a business, but only the top 25% will actually grow into multi-million dollar companies with more than one employee. To see what I’m really talking about, check out this infographic on how small businesses operate: 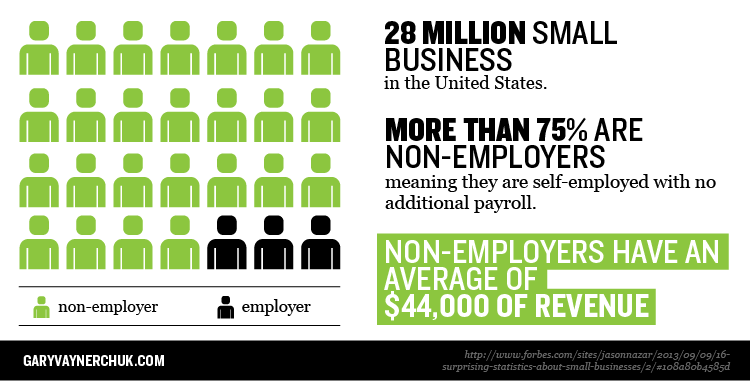 The talent and skill set required to make it to the big time are crucial. Real entrepreneurs are born and prove out their DNA with hard work. What I’m saying is this: only a handful of people have what it takes to truly run a million dollar business. 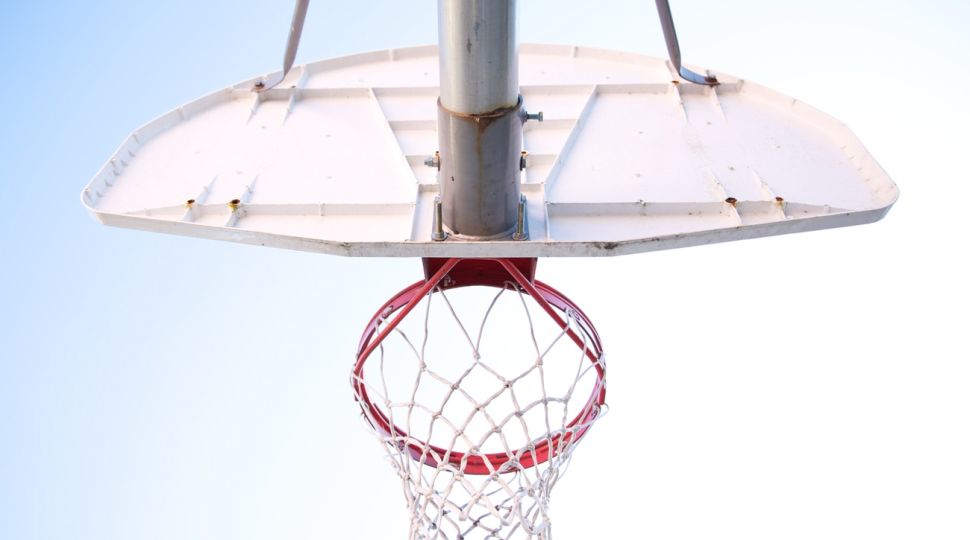