The season finale of Syfy’s The Expanse neatly concluded the story in a violent clash that brought it’s multiple storylines together and added to a grim portrait of a universe that is described by the show’s creators as your “children’s grandchildren’s world.”

Part one of the finale titled “Critical Mass” opened with a thorough flashback in true Lost fashion. We finally see first-hand the events that transpired around the missing girl being pursued by former Detective Miller, Juliette Mao. The daughter of a wealthy corporate titan but who scorns this identity, Mao is running with the Outer Planets Alliance – the rogue state formed by laborers in the Asteroid Belt to defend the human rights of the marginalized and exploited Belter population.

The last we saw Mao was in the season’s penultimate episode which was the most thrilling of the series so far. Miller along with Holden and the crew of The Rocinante find her dead – consumed by a strange sentient organism that was occupying The Anubis – the ship where Mao was seen barely surviving on in the pilot episode.

So what is this organism? The powers at be using it as a bioweapon refer to it as the protomolecule and we can assume its alien in origin because they fear and can’t seem to control it. The force that murdered so many in one-sided space combat are part of an Earth-based military industrial complex and have utilized the shaky geopolitics between Earth, Mars and the Asteroid Belt to enforce their own military and pursue research of this “alien” organism.

In a scene of lengthy exposition through a monologue given by Fred Johnson, we learn that he is not responsible for the attacks as once suspected by the United Nations and a direction early episodes seemed to be pointing the viewer in.

Johnson explains in the message broadcasted throughout the solar system that “someone, somewhere for some ungodly reason” is driving Earth, Mars and the OPA into a war. He says that OPA wants no part of it and makes a shocking revelation. That the ship that destroyed The Canterbury and The Donnager – The Anubis – was built by Earth at the Bush Naval Shipyards.

In the future of The Expanse, a similar private outfit has been developing advanced warships with stealth tech and fusion drives while Fred Johnson and the OPA have been secretly gathering intelligence on this technology. He releases all the data in his broadcast to the solar system to clear any suspicion that the OPA or himself are responsible for the chaos that has ensued.

This chaos started with a “revelation on Phoebe” or as we now know, the discovery of the protomolecule. What happened on one of Saturn’s moons is never seen and only alluded to but it starts a chain reaction that drives the plot of the show. The Anubis was leaving Phoebe when The Scopuli carrying Mao and her crew began tracking it to intercept. This intelligence originated from Mao who gathered it from her own father, Jules Pierre. Mao senior is a key figure and at the top of a private military corporation that wants to study the protomolecule and use its existence to expand military might throughout the solar system.

It is later revealed that Jules Pierre Mao is a security advisor to the United Nations. Get the Bush reference now?

The Anubis was heading to Eros station with the protomolecule for a deeply disturbing purpose. To infect the majority of the Belter population with it and study its effects. Juliette Mao seemed to be aware of this and intended to stop this event from happening. As Miller put it “She’s an Earther who died for the belt.”

But it turns out her death helped carry out this mass murder anyway. Her body was eventually discovered along with the protomolecule by her father’s agents and they decide to carry out with the plan. Using the CPM police force that recently (and suspiciously) recruited unsavory figures and criminals to their ranks, these “gangsters with guns” helped take full control of Eros station, shuffling its Belter citizens into areas to be gassed and injected with the molecule.

”We can only learn by letting it learn” said Mao senior’s point man. “She saved us all” referring to Juliette Mao bringing the contagion to Eros. They intend to let the protomolecule destroy the population so they may study it and possibly find a way to combat it. At the same time, the murder of so many people will certainly trigger a war between Earth, Mars and the Asteroid Belts.

The mass killing is the backdrop we find Miller and Holden in during the second part of the finale titled “Leviathan Wakes” which shares its name with the first novel of The Expanse books. Miller and Holden are separated from the crew of The Rocinante and they are all fully aware that an orchestrated attack on Eros is underway. The two leads of the show are infected by the radiation being used against the Belters. As they stumble on lifeless bodies they also find meds that keep them alive long enough to rendezvous with the crew who are using OPA smuggling routes to find the docks where The Rocinante is parked.

Miller and Holden disguise themselves as CPM personnel and insert themselves among the other “gangsters” who have realized they were used and being left to die with the infected population. Miller cleverly incites a riot which quickly turns to a gunfight allowing them to escape and make it to the docks. Both near death, Holden and Miller are rescued by the rest of the crew and they all escape Eros on The Rocinante.

What happens through all of this is a shift or “awakening” of these characters who now accept their roles as rebels in this ensuing conflict. They see first-hand the suffering and exploitation that has been mostly alluded to throughout the first season. The scenes are painfully coupled with the background sounds of cries and screams of the Belters dying in slow agony. The Rocinante crew encounter a young girl who has been separated by her family and this young girl embodies the poor, weakened and oppressed people that live in the Asteroid Belt. They sympathize with her and insist that she escape with them. She tragically doesn’t.

As The Rocinante escapes the destruction of Eros, the crew’s pilot spots another ship he refers to as “the bad guys” establishing a clear protagonist and antagonist for the already green-lit second season. The heroes are now in pursuit of those who committed the unspeakable atrocities on Eros.

There was a scene in the finale that really stood out and may define the relationship between The crew of The Rocinante and Detective Miller. As they leave the room where Juliette Mao’s body lies, we see the crew with guns drawn in the hotel lobby as Miller stumbles between them confidently without a weapon. Does this signal that he may lead this crew in the future? He’s certainly more experienced and handy with a firearm than Holden is. Miller shoots his way through Eros while Holden depends on him for survival. If we’ve learned anything from Holden is that he really didn’t want to be a leader anyway.

The season ends with a cliffhanger that for me transforms the series from a drama to hard science fiction. The UN spy that was held captive by The Rocinante is found wandering among the devastated Eros and finds himself among the evolving or “learning” protomolecule. It has taken a strangely humanoid form and consumes the spy. This must be an advanced alien entity.

Back on Earth there doesn’t seem to be indication that Avasarala and the United Nations know about the protomolecule but have been made aware of the privately-built ships under their own noses. Regardless, they intend to blame the escalation of the conflict on Fred Johnson and charge him with being a liar, setting up further engagements between the OPA and Earth in season 2.

The Expanse has done an excellent job in painting a possible future from where we are today in space exploration. There are definitely plans to start mining asteroids for resources and governments as well as private companies like SpaceX are on their way to colonizing Mars. I assure you that competition for ownership of what’s out there will not be peaceful. When has it ever been? Don’t forget that the space race was born out of an escalating and nearly world-ending cold war using technology developed during the second world war.

As for  exploitation, racism, warfare and now the mass murder seen in The Expanse, humanity has already explored in full.

Syfy’s The Expanse returns in 2017. For a quasi-prequel, follow my space exploration coverage for The Observer here. 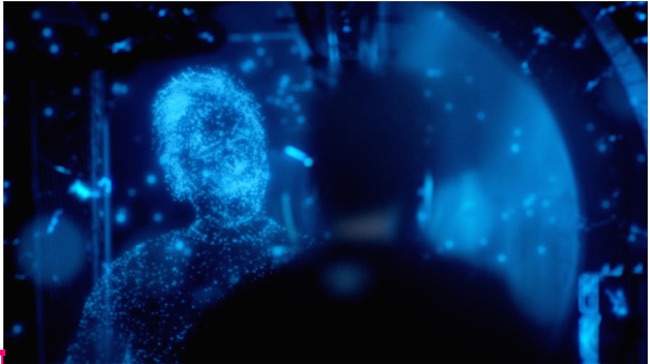