On Thursday, December 10th, 2015, two NYPD detectives interrogated me in the hallway of my apartment building under the suspicion that I supported the Islamic State. I let the FBI’s Joint Terrorism Task Force into my living room five days later so they could do the same thing. The whole process was stressful and infuriating, but I refuse to identify as the victim of this story. Instead, please send your sympathies to the fear-riddled soul who turned me in. He or she caught me reading a widely-circulated news story about the Islamic extremist group ISIS while I was aboard an airplane, and called the authorities.

Here’s how this all to came to pass. It was shaping up to be a lazy evening at home with cocktails and friends when my door buzzer rang at 9:30. The voice crackled through: “This is the police. We need you to let us in right now.” I buzzed them in, turned down the music, and pondered everything I’ve done in the last year that could’ve been illegal.

When they arrived at the door, the two plainclothes detectives asked for me by name: “We need to speak to Aaron Saltzman.” After they showed me their badges and I showed them my ID, the questions came quickly and with the predictability of an 1980s cop flick.

“Were you on a flight from Tampa on the 21st of November?”

“Which airline did you take?”

“Maybe it was JetBlue? How do you not recall exactly? And why do you look so nervous?”

“When two police detectives show up at your door, nervousness is not an unreasonable response.”

“What were you doing on that flight?”

This line of questioning continued for another ten minutes: what did I do for a living, where did I do it, how long had I been doing it. I finally told them I wanted a lawyer before answering any more of their queries. They had just one more question before leaving.

“Sir, you weren’t watching any videos about ISIS…were you?”

For context, I’m a white guy who works in the entertainment industry, no flag-waving political revolutionary. My only associations with the Middle East was a two-week trip to Israel in August of 2009, a trip that included a few days of laying on the beach in Northern Egypt. I “support” Donald Trump’s presidential campaign, but it’s mostly for laughs and to get a rise out of my more-liberal friends online. I’m a Jewish kid who lives in Brooklyn — do you think I sympathize with ISIS?

I pieced it together while we stood there in the hallway. I had spent part of that fated flight reading an article in The Atlantic titled “What ISIS Really Wants.” I was reading news and being questioned about it. 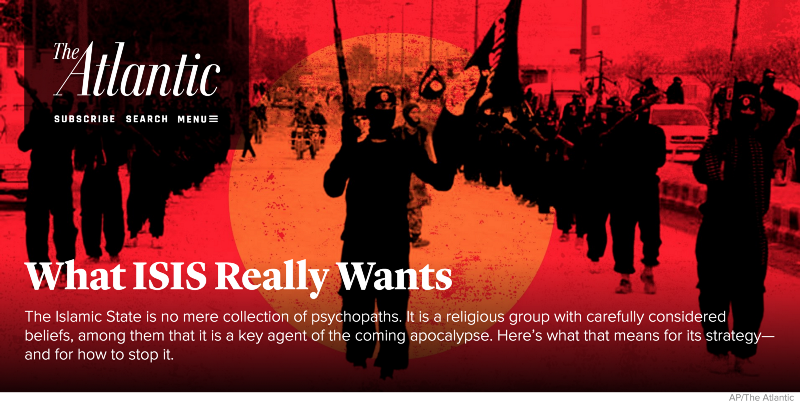 The header image is a red and orange photo with an ISIS fighter holding his gun in the air. It’s jarring, but it’s certainly no worse than how any other news outlet would choose artwork for their stories related to the terrorist group. The cops were unamused.

“Funny how you first said you were sleeping, and now you’re telling us you were reading something related to the Islamic State.”

I walked back into my house at a loss for words. It’s no longer unique or special to be targeted by overzealous, militarized bureaucracies. People of color, most women, and the LGBT community can identify with my surreal experience, though on a more disturbing, chronic level. I was and still am very confused.

On Tuesday the 15th, it happened again. I woke up that morning to a phone call from the FBI’s Joint Terrorism Task Force, informing me that they needed to come by my house to speak to me. I let them in around 11 AM — I wanted this done once and for all.

The agents were marginally more understanding than the NYPD detectives, but they also ended things with one final question:“Do you have any deep issues with the United States of America?”

I gave my answer with sincerity: “I am America’s biggest fan.”

In reality, I had a few issues with the America I was living in, and these cops and federal agents who walked intimidatingly through my front door each of those mornings brought the biggest one of all with them: fear. Fear has been the emotional engine powering most of this country’s troubled moments. Consider the McCarthyism of the 1950s, the imprisonment of Japanese-Americans in the 1940s. Fear leads us to panic and call the police on our neighbors.

America is close to electing a new president, and fear is powerful enough to be a trigger on both sides of the aisle. Just as my beloved Donald Trump makes sweeping, fear-filled anti-immigrant statements, Bernie Sanders wails that if we don’t solve the problems of big banks now, we are doomed. Each exploits an environment of fear to his advantage, but neither created it. All of us create it; it’s a blend of hate, anger, and anxiety that is constantly fed by everyone from senators to bartenders, which is then amplified by the media and sold back to us as pointed infotainment. When everyone is yelling, no one is listening.

When we calm down, and think clearly, we can find answers together. We, as a society, have moved companies like Nike and Apple to implement better working conditions for their laborers. We have influenced grocery stores to carry healthier food at more affordable prices. We have glamorized “going green” as a popular, selfless path for any business to take. What kind of emoji will it take for us to elevate the state of our public discourse? Even when we don’t agree, we can set a common agenda and find answers through the fog. We have done it before.

In President Obama’s final State of the Union address this month, he shared his biggest regret of his presidency: a growing divide between our political parties. We all complain about the inefficiency of Washington and its constant political gridlock, yet we proudly declare how many “ignorant morons” we unfriended on Facebook for sharing views that don’t line up with our own. Stop the de-friending, stop closing your ears to opposing views, and stop writing people off so quickly. Perhaps the person who vehemently disagrees with you does so not out of malice, but simply out of patriotism. Put the burden on yourself to find validity in what they say, even if you have to look hard to unearth it. Opinions only reflect our life experiences; they’re going to be varied and diverse by default.

Our citizenry need to be able to  discuss big issues in a sober manner. Instead, we tend to grab our figurative pitchforks of revolution and wave them in the air. We have to decide what kind of society we want to live in, and I don’t think it’s one in which we are calling the FBI to report strangers on airplanes for trying to stay informed.

Aaron Saltzman is the manager of YOUNG & SICK. You can contact Aaron at aaronsaltzman.com, or join his email list here. 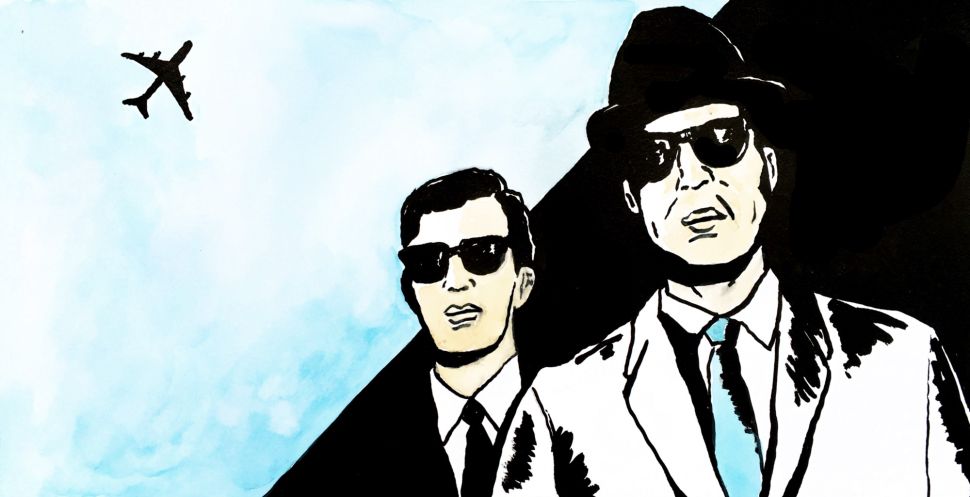