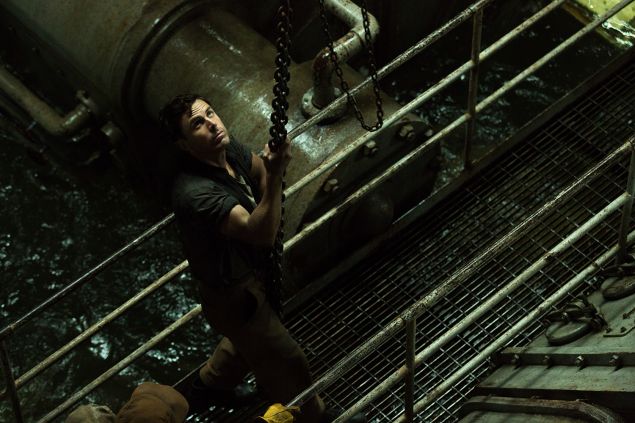 Casey Affleck in The Finest Hours.

Where’s the rule that says all Disney action-thrillers must follow the same flat formula for dull, predictable, connect-the-dots entertainments created for audiences chewing gum? The Finest Hours is a notable exception, a fact-based rescue epic in 3-D with just enough historical research to make it seem like old-fashioned entertainment, balanced with an impressive array of CGI effects that gives it a look of modern-day technology while it tells a riveting story. I expected nothing special and wound up being thoroughly exhilarated.

A young cast headed by Chris Pine keeps the amplitude of action grounded in reality while infusing the derring-do with just the right measure of character development to guarantee continuity. The true story centers on a humongous winter storm in 1952 off the Wellfleet, Mass., coast that ripped two oil tankers in half, knocking the crews unconscious and spilling oil all the way to Nantucket. In the chaos, the inexperienced new captain (Eric Bana) of a U.S. Coast Guard station in Chatham orders a group of four volunteer sailors out into hurricane-force gale winds and 70-foot waves to save the stranded 33-man crew of the tanker Pendleton, which already has an 18-foot fracture in its hull and is destined to sink in about five hours.

The volunteers on the rescue mission are led by a brave novice seaman named Bernie Webber (Mr. Pine), and the terrified survivors on the Pendleton reluctantly follow the instructions of their chief engineer (Casey Affleck), while Bernie’s nervous fiancée Miriam (Holliday Grainger) waits on land with the rest of the townsfolk, hoping the lights of the village will guide the men at sea to safe harbor. The pace quickens when the power goes out on shore, leaving only the headlights of cars lined up in the snow to face the sea. The suspense is as real as the ice hitting the faces of stranded motorists praying for a miracle in the darkness.

Like most storm at sea adventures, The Finest Hours is so noisy that it’s often difficult to hear the dialogue, but it doesn’t much matter since the script by Scott Silver, Paul Tamasay and Eric Johnson consists mainly of technical jargon and shouting out strategies to stay alive before the ship capsizes. Under the careful direction of Craig Gillespie, the 3-D effects, which I usually hate, are well used here. They include flying cables, thundering waves, crashing swells and explosions while the panic-stricken men on the tanker operate the pumps manually to keep from sinking. Over the din, the 36-foot rescue boat loses its compass and its radio signals, severing all communications with Cape Cod. By the time it finally reaches what’s left of the tanker only minutes before it sinks, there’s not enough room to save all of the survivors. It is up to Bernie to decide what to do next.

I winced when the action shifted to Miriam, who foolishly leaves the Coast Guard station without a coat and crashes her car into a ditch in the middle of a blizzard in what looks like padding. But for the most part, this is a film with a pulse that wastes no time—a highly invigorating crowd pleaser that does nothing momentous but packs a big entertainment wallop doing it. 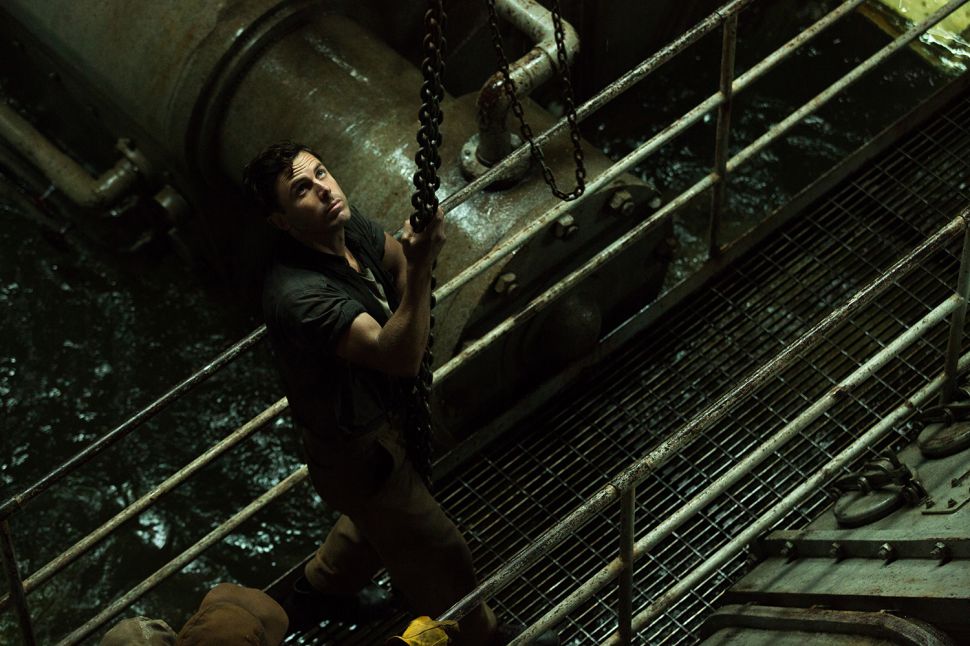