[youtube https://www.youtube.com/watch?v=0cfw5PGBCvA]
Listen, I know TV these days is serious, serious business and there’s no room for hyperbole and/or fun, so I won’t blow this out of proportion. All I’ll say is this: The Flash‘s 22-second teaser for next week’s episode, entirely devoted to King Shark, got me so excited my head literally exploded into pieces.

Last October, I outlined in great detail the reasons why The Flash‘s inclusion of King Shark–and, yes, Gorilla Grodd as well–is keeping comic-book shows from going full-Nolan. If you’re still not sure why you should be excited for next week’s “King Shark,” here’s some quick bullet points:

The teaser only gives us a hint of King Shark, but goes all-in with a take on the theme and logo from Steven Spielberg’s Jaws. The episode will cover King Shark’s escape from an A.R.G.U.S holding tank, and also feature Arrow‘s Lyla Michaels (Audrey Marie Anderson) and John Diggle (David Ramsey). This gives “King Shark” the distinction of Diggle’s first Flash crossover without Oliver Queen, Lyla’s first Flash crossover ever, and the first episode of television to make a TV critic die of pure, unadulterated joy. 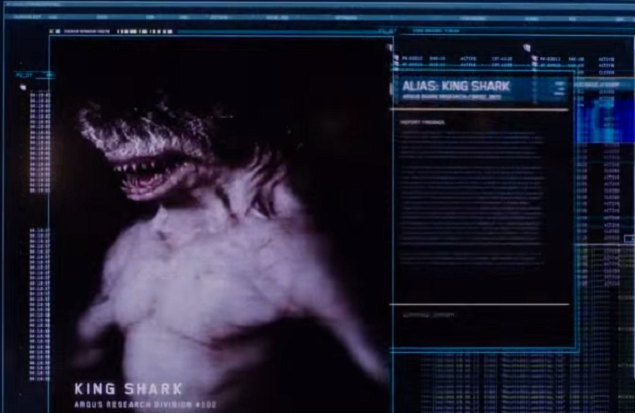