Let’s assume for a moment that Bernie Sanders emerges from the Democratic nominating contest and then prevails in November to become the next president of the United States.

Yes, this scenario is a stretch, for reasons the jittery Clinton campaign and her surrogates are already noting after being battled to essentially a draw in Iowa. Clearly Ms. Clinton had to #FeelTheBern in the Hawkeye State, though the calendar of upcoming contests still looks to come down in her favor.

But, let’s say Ms. Clinton once again stumbles on the way to her expected coronation and Mr. Sanders grasps the crown, then goes on to defeat the Republican nominee in the fall. It’ll be a Democratic Socialist Christmas, with presents for everybody—single-payer health care, free college for all, no more money in politics, breaking up the big banks, and the whole laundry list of noble but largely unachievable goals that comprise his platform.

Then reality will set in, as Santa Sanders parks his sleigh on Capitol Hill and watches his red stocking full of goodies turn into a trick bag of dirty, lumpy anthracite that even the most assiduous “War on Coal” cannot eradicate.

No matter how much one may support Mr. Sanders’ vision of what America can or should be, there are a few stubborn facts that demonstrate how the candidate has no hope of achieving virtually any of the promises he’s making on the stump.

Outlining his aspirational visions is one thing, but making impossible promises—which even Mr. Sanders himself surely understands he cannot possibly fulfill—is another thing entirely.

Here’s the most important one: there is no chance that Democrats will control Congress after the 2016 elections. With Republicans controlling the House of Representatives by a 247-188 majority and holding a 54-46 edge in the Senate, the likelihood of Democrats taking the House is close to zero, and everything will have to break Team Blue’s way just to squeak out a bare 51-49 majority in the Senate.

The Democrats only have two Senate targets (Illinois, Wisconsin) that present clear pickup opportunities, perhaps four more states (Florida, Pennsylvania, Ohio, New Hampshire) where they might have a decent chance, and they will be defending two of their own endangered seats (Colorado, Nevada). In the House, the Democrats need a net gain of 30 seats, the kind of swing that usually only happens when voters are throwing the incumbent president’s party out. As noted in this column on December 18, 2015, only three times since the Civil War (1880, 1948, 2002) has the incumbent president’s party retaken at least one chamber of Congress it did not hold prior to the election, and only once did the incumbent president’s party retake both chambers (1948). If Mr. Sanders is elected president, he is all but certain to face a hostile House, and even if Democrats barely regain control of the Senate, they will come nowhere close to the 60-vote threshold required to break filibusters.

Keep in mind that President Obama struggled mightily just to get the current health insurance legislation enacted when his party had an even larger House majority (257-178) than the Republicans have today, and a filibuster-proof 60 seats in the Senate. Aside from that and the Lilly Ledbetter Act, one would be hard-pressed to immediately recall any other groundbreaking legislation the president got through Congress even when the Democrats held crushing majorities. But Mr. Sanders is going to get his entire laundry list of progressive dreams through a Congress in which Democrats are in the minority in at least one chamber, maybe both? Don’t be absurd.

There is also this inescapable fact: there is no great reservoir of affection for Mr. Sanders even among Democrats in Congress. It should not be forgotten that Mr. Sanders—who has made a political career as an independent, self-proclaimed socialist—has always held the Democratic Party at arm’s length, has often been extremely critical of the party, and has never lifted a finger to help the party succeed. This has not gone unnoticed by his colleagues, many of whom constantly dial for dollars on behalf of their party’s candidates.

How profound will their disappointment be if the anointed savior, Mr. Sanders, promises the world, the moon and all the stars, then gets elected president and can’t even give enough terra firma to stage a protest rally?

At this point, Mr. Sanders has received the endorsement of precisely two members of Congress, both extremely liberal House members, but Ms. Clinton has the endorsements of almost every Democratic Senator (38 of 44, not counting the two independents who caucus with the Democrats) and more than 80 percent of Democratic House members. It is a very telling statistic when one candidate has more than 180 Congressional endorsements and the other has two. With lukewarm support even from the minority party, the only way Mr. Sanders would be likely to get Congress to pass anything would be if he proposed to set himself on fire—and judging from the endorsement tally, at least that suggestion might provide a rare moment of bipartisan unity. Face it—even if Bernie Sanders were to become president, his promised agenda is going nowhere.

None of this is to say that there is no value in a candidate’s presentation of his vision to the public, but when Mr. Sanders says he’s going to break up the big banks, provide free health care and college education, he’s writing checks with his mouth that he knows he won’t have the votes in Congress to cash. To believe he’s going to accomplish any of these promises is to fail to understand how American government works. Outlining his aspirational visions is one thing, but making impossible promises—which, truth be told, even Mr. Sanders himself surely understands that he cannot possibly fulfill—is another thing entirely.

Some liberals called President Obama a “sellout” when he dropped the public option as a necessary precondition to getting his signature health insurance bill passed. Their palpable disenchantment that this landmark legislation wasn’t perfect almost certainly played a key role in his party’s massive midterm election losses in 2010 that cost Democrats the House of Representatives, and also contributed to widespread media reporting that the public considered the health legislation a failure. Polls have consistently shown that a significant segment of those who dislike the legislation do so simply because they don’t think it went far enough, creating the illusion that the majority of the public opposes the reforms.

How profound will their disappointment be if their anointed savior, Mr. Sanders, promises them the world, the moon and all the stars, then gets elected president and can’t even give them enough terra firma to stage a protest rally?

And what will it mean for the 25 Democratic Senators up for reelection in 2018, their counterparts in the House of Representatives, and Democrats in governors’ mansions and state legislatures across the country, if a significant part of their progressive base becomes disillusioned again and stays home, as happened in 2010 and 2014?

It’s fine and well to make promises, but making promises that cannot be fulfilled comes with a cost. If Senator Sanders should become president, he and his supporters will learn what his detractors already know: nobody rides for free. 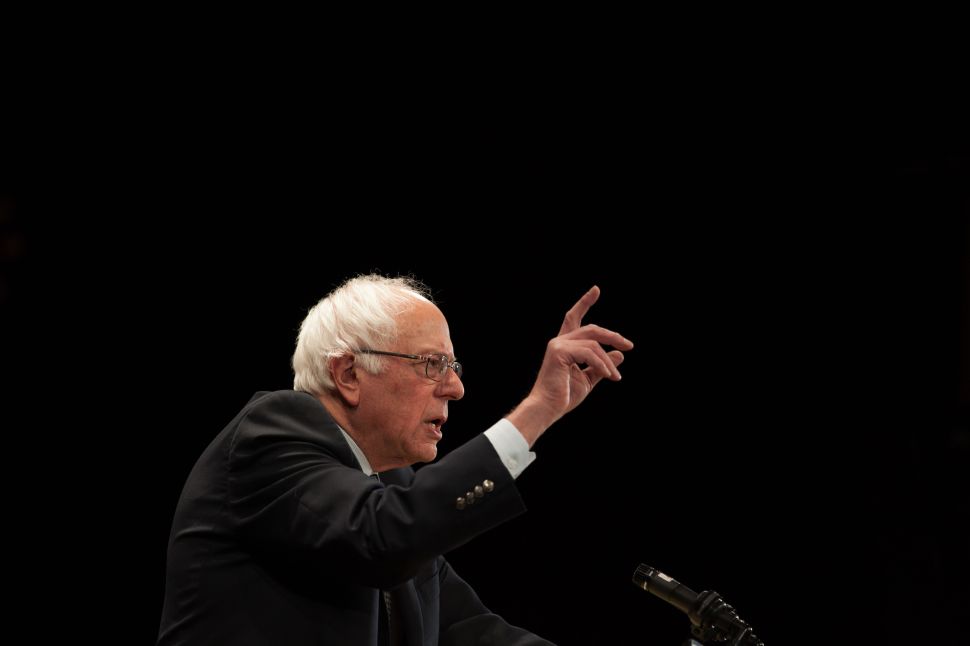