Iowa kicked off the presidential primary last night with a strange ritual called a “caucus” that nobody seems to understand. It seems to involve a hand count of people standing in a room at a particular time and, as we learned last night, sometimes comes down to a flip of a coin. Not kidding. If that sounds like a weird way to nominate a candidate to you, you’re not alone. 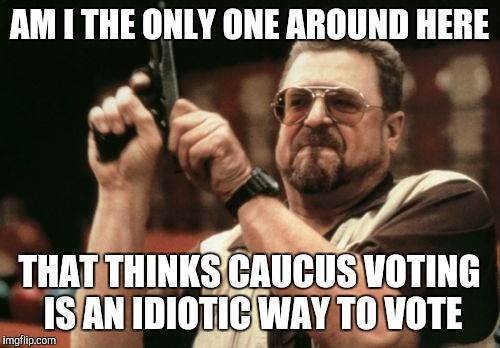 The GOP side was surprisingly clear-cut, given the number of candidates. Of course, there was some confusion over one of the candidates.

(Via Reddit/Cedsi)
He’s running? For president? Huh. You’d think he would’ve told somebody.

Ted Cruz emerged as the clear winner, beating Donald Trump by over 3 percent of the vote. Those who dislike Trump, whether they support Cruz or not, took this as a victory, not to mention an opportunity to gloat.

Can you blame them, though? We’re talking about this guy:

Who came in second last night? I can't seem to remember.. #IowaCaucus pic.twitter.com/mKCVl5MoBR

Some on Twitter, however, refuse to let Trump-based schadenfreude distract them from the real issues.

@tedcruz may have won the #IowaCaucus tonight, but how long are we going to ignore this?? pic.twitter.com/SSjRJLxwDd

If only things went so smoothly on the Democrat’s side. Bernie Sanders and Hillary Clinton were so close it was nearly impossible to determine who would come out ahead. Those following the caucus watched long into the night hoping for any indication.

Nothing summed up the frustration better than this tweet:

The night was especially frustrating for Sanders supporters.

Especially when we found out that six delegates were decided by a coin toss. That’s real. That’s a thing that happened.

Naturally, people were a little miffed that something as important as an election was being left up to chance.

Hillary Clinton won 6 delegates in Iowa by a coin toss. Apparently, "Rock, Paper, Scissors" would have been undemocratic. #IowaCaucus

I guess when Gotham City didn't want him, he got a job in Iowa #IowaCaucus @ImCarlosDelgado pic.twitter.com/ReojKxAPZ1

Though it did provide a perfect metaphor for the reality of American politics. Especially seeing as all six coin tosses went to Clinton.

Finally, an election was literally decided by money #IowaCaucus pic.twitter.com/3NnEQ11jI6

Some couldn’t help but laugh at the absurdity of it all. 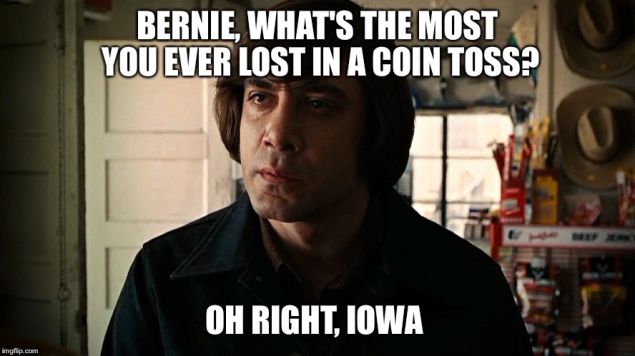 One person thought of a better way to break a tie.

Wish we had @DavidBowieReal to officiate walk off between @HillaryClinton and @BernieSanders. #IowaCaucus pic.twitter.com/zVGne7zYhU

And hey, there’s still one way Sanders could use the result to his advantage. 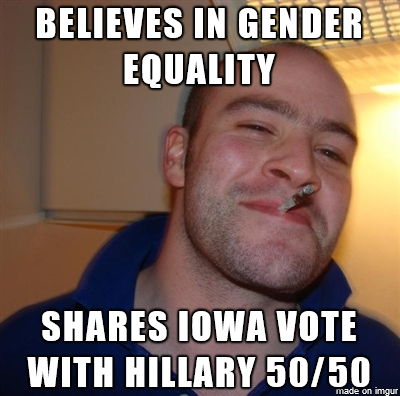 There was one individual who emerged as the true star of the night, and it wasn’t any of the candidates. It was this guy.

And he didn’t stop there.

Thank you, Sticker Guy. You the real MVP!

Glad I don't have to hear anything about Iowa again for another 4-8 years. #IowaCaucus 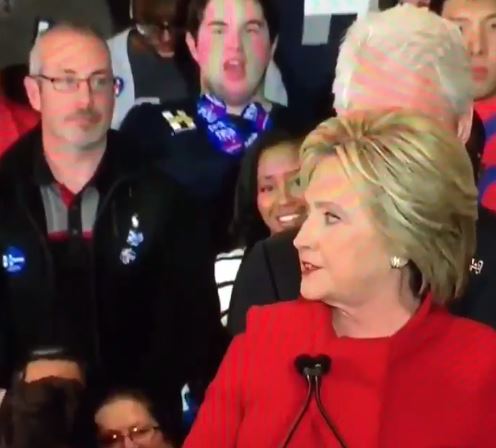