Almost 350,000 New Yorkers who ride the L train every weekday are about to have their lives upended. The question is by how much.

The two Canarsie tubes under the East River were heavily damaged during Superstorm Sandy; some 7 million gallons of saltwater filled the 1.4-mile-long tunnels. Each tube has just one track, and along each track is a concrete bench wall that looks like a sidewalk—which it is, if trains need to be evacuated. The bench walls contain essential cables for power, signals, switches and communication. The saltwater corroded the concrete, the cables and even some of the rail beds. All are failing a little more each day, and all of it must be replaced—the sooner the better.

The absolute must-do work will take an estimated 18 months—if both tubes are completely shut down for the entire project. Of course, in a city where the Second Avenue subway line and East Side Access project have taken decades longer and billions of dollars more than originally expected, that 18-month estimate is, at best, an optimistic guess.

The MTA has been awarded nearly $5 billion in federal aid to make repairs due to damage from Sandy; delays and cost overruns inevitably threaten such funding.

If the tubes are not completely closed, and one is allowed to remain open while work proceeds on the other, then the estimated time to complete just the essential work jumps to at least 36 months. The MTA has proposed other upgrades to the L line as well. These include improvements to the Bedford Avenue and First Avenue stations. Both are very old and have proved inadequate to handle the huge increases in ridership in recent years.

Importantly, if only one tube is closed to allow limited subway service to continue while the repair work goes on, the impact on service will be far greater than a simple 50 percent reduction in carrying capacity. That’s because the safety requirements of allowing trains to operate in both directions—alternately and adjusted for rush-hour demands—will decrease service by a full 75 percent. Simply put, for every four trains that operate now on the L line, only one will be operating during the proposed upgrades.

Contrary to popular perception, the L train is not merely for Williamsburg hipsters. Its route provides an essential lifeline to more than 100,000 blue-collar working people, many of which live along the farthest reaches of the line. By the time one gets south of the 3 line on the way to Canarsie, it’s the only game in town.

A strong and vocal coalition of Brooklyn residents and businesses have made it clear to the MTA and elected officials that they prefer the partial-shutdown plan, even if it takes longer. To its credit, the MTA is listening to the people whose lives and livelihoods are going to be affected. Discussions are being held about how to supplement the mass transit options available to affected riders. Some are obvious: more buses, dedicated bus lanes on the Williamsburg Bridge, and probably ferries.

What this should not become is a business-as-usual approach to capital projects: the acceptance of delays, more delays and cost overruns. The MTA justifiably points to its repair of the Montague tube, which carries the R train, and which was also shut down by Sandy after 27 million gallons of seawater poured in. The tube was completely shut down for 13 months for repairs—one month less than the estimate. The MTA made the right call with respect to a full—rather than a partial shutdown—of the Montague tube. But the R line carries only 65,000 daily riders, and many of its Brooklyn riders have a choice of alternate transportation with the nearby D and N lines.

“The only thing worse than doing this work is not doing this work,” MTA spokesman Adam Lisberg told the Observer. “The saltwater that inundated the tunnels has shortened the useful life of everything in them—the signals, the tracks, the switches, the pumps, the discharge lines, the signal power, the traction power, the communication lines, the bench walls, the concrete itself. Right now this hurts reliability. But if we don’t replace it all, it will eventually affect safety. And we can’t let it come to that.”

Fair enough. But the MTA has been awarded nearly $5 billion in federal aid to make repairs due to damage from Sandy; delays and cost overruns inevitably threaten such funding. As the MTA makes plans for L train riders, we demand that the city approach the whole project with some hard-nosed, get-it-done determination—let’s see the spirit that got the R tunnel fixed quickly rather than the delays that continue to plague Second Avenue.

We were reminded that in a different era it took all of 14 months to build the Empire State Building (completed in 1931); 10 days to turn out finished World War II Liberty ships; and only two years from blueprints to first flight (in 1966) for the SR-71 Blackbird reconnaissance aircraft. America used to be an amazing place, and we are optimistic that it still can be.

The people whose lives will be upended by even a partial shutdown of the L train deserve the best that this city has to offer. Instead of posturing and negotiating and excuse-making, we implore those responsible to make the L train repair a point of pride. 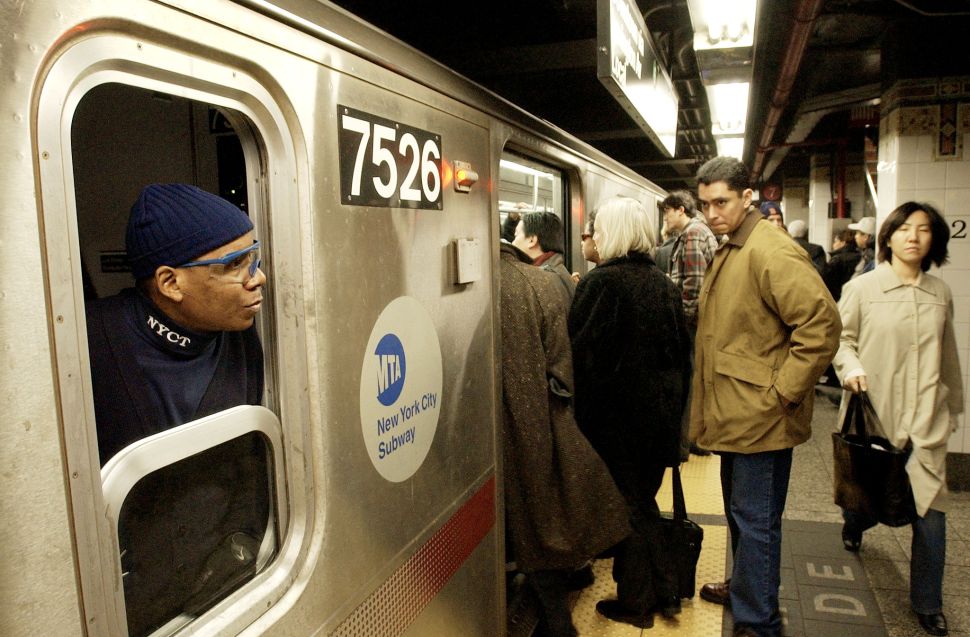