There’s nothing wrong with a television show playing in a familiar premise. But when a show takes us somewhere we’ve seen on screen and in literature more than a handful of times, it’s inviting inevitable comparisons. That’s what happened last night on The Magicians, which brought us to an insane asylum and asked us to consider, for the first half of the episode –what if Brakebills was actually all in Quentin’s mind?

The problem here is twofold. First, the only-sane-man-in-an-insane asylum has been done better (One Flew Over The Cuckoo’s Nest), campier and more grotesquely (American Horror Story), and more chillingly (The Martian Chronicles by Ray Bradbury). Even Doctor Who, which occupies a similar media space as The Magicians with the same blend of humor and magically high stakes, has revisited the tautological impossibility of establishing whether the world around you or your memories are real, notably well in “The Family of Blood” and “Amy’s Choice.”

The second problem then is The Magicians fails to inject a stale premise with anything new, or, and here’s the amazing part, any real tension at all. Inherently being in an insane asylum and attempting to convince those around you you’re sane (your enraged cries illiciting pitying glances between the doctors and orderlies) is a terrifying scenario; just describing it now, the sense of helpness and paralysis makes me uncomfortable. How then, did The Magicians, which up until now had been making steady progress towards finding its tone, turn Quentin in an insane asylum into the least suspenseful episode in the show’s four episode run?

The short answer is, we knew there was a trick up the magician’s sleeve the entire time (my only magician metaphor this time, I promise). At first Quentin insists this is just a dream, which seems plausible, but would have been such a lazy copout I almost would have been impressed. Then he starts insisting this is a spell, which also seems plausible. As it turns out, it was a vague spell that made him dream. Sort of. Maybe. The actual mechanics of the spell are so uninteresting to whoever wrote the episode that it reads almost like one of the actors needed to ad lib whatever was done to him because the writer did for magic what Shonda Rhimes does for medicine when she writes “medical jargon blah blah blah” in her Grey’s Anatomy scripts.

Although some of the visuals are horrifying (Quentin’s bloody, grinning father; a scorpion crawling out of Jason Ralph’s mouth), the images are the sort of interchangeable terror that you might expect on the scary boat ride in the original “Charlie and the Chocolate Factory.” We have never met Quentin’s father before, so although the assertion that Quentin hurt this man is sad, we have to take it on faith that we should feel any emotional response.  The scorpion deux-ex-machina is cool because metal scorpians look cool, not because the show gave us any indication of its role in the universe.

As for the episode as it operates outside of Quentin’s mind, it undoes almost all of the progress the show was making towards building a consistent logic in the rules of magic. Where and how did the hedge witches find Quentin, who supposedly passed out after a party at the Physical Kid’s house? How would hedge witches, who the narrative up until this point has established as sloppy, self-taught, and lacking, be able to pull off a spell so complicated the head master of the only American magic school needs the assistance of like, three undergraduates to undo it.

The hedgewitch’s motivation is to get into Brakebills and steal her memories back, which creates about thirty more distracting questions that took me out of the episode.  So the Dean needs to eliminate ALL protection around the school in order to summon the scorpion demon that can save Quentin, which seems like a huge security risk. If the hedgewitch can access Brakebills well enough to kidnap Quentin and steal to whatever’s needed for her complicated spell, why can’t she also just steal her memories back? Why would they wipe a girl’s memory if she’s expelled from Brakebills just a few months before graduation? And why are her memories kept in a small room in a box with her name on it? If her memory was wiped, how did she know where it was, or the intricacies of Brakebills’ security? Has Brakebills ever successfully done a memory wipe?

Even ignoring the logic of the entire plot (which is a sentence you shouldn’t need to write when recapping a television show), the fact remains that Quentin’s spell-dream had no real stakes. Even when he’s about to get a transorbital lobotomy, Penny reminds us approximately seven seconds later that no one in that room, the straps on the gurney, none of it is actually real. They don’t even throw us a “if you die in the dream you die in real life!” Kady, Penny’s girlfriend ostensibly was the inside contact helping the hedgewitches, but whatever they’re bribing or blackmailing her with, it isn’t enough to give us any real conflict or moral dilemma because she immediately gives it up to help Quentin. The same goes for Julia.

Back in Quentin’s mind, the Fillory tie-in, especially the imagery and premise of the Madness Maker with his silver teeth and Batman villain origin story, had the potential to be compelling if they hadn’t already revealed that the whole dream was Quentin being used for a hedgwitch’s needlessly involved plan. And the dream’s resolution, Quentin shouting that he needs to “stop playing, and start living!” is cringe worthy.  For all of the praise Lev Grossman has received for his nuanced portrayal of Quentin’s depression, we’re given an elementary school haunted house’s depiction of mental illness with no payoff and no real purpose.

That’s not to say the episode was completely without it’s moments. As always, the supporting cast of actors shone in the caricatures of their characters that Quentin imagined: Hale Appleman as Eliot (a gay addict in a silk robe), Olivia Taylor Dudley as Alice (an overly sexualized damsel in distress), and Arjun Gupta as Penny (for god knows what reason as an Indian-stereotype orderly). It also gave us the phrase “hedgebitch,” which, you know, is fun.

The only really powerful moment of the show came in its final moments, when Kacey Rohl’s gloriously sharp hedgebitch (that is fun!) Victoria gets her memory and the full scope of her power back. Punishing Julia (Stella Maeve) for her deciding not to actually kill her former best friend, Victoria offers the most biting line of the entire season so far. “You don’t know cut off. But baby, you will.” And she leaves Julia alone, out in the street, with no access to Brakebills, the underground hedgewitches, or magic at all. And even though we had spent almost the entire episode following along the trope of the only sane person in the insane asylum, this was the only moment where the show conveyed fear, and hopelessness, and loneliness. 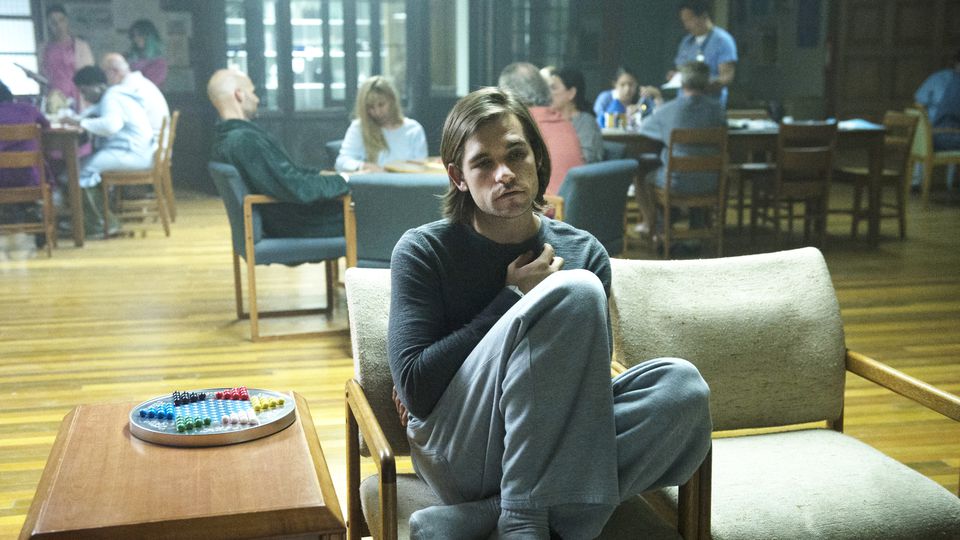