After an over-ambitious misstep last week, The Magicians is back in full-form, as the Gossip Girl/Doctor Who mash-up nobody knew we wanted.  Turns out, a Magicians recovery requires a few key ingredients: snappy one-liners, male shirtlessness, feminist Julia, and the cutest puppy I’ve ever seen in my life. Mix well, and strain, most amenable with a waning moon.

This episode hits the perfect mix between fan-serving adherence to Lev Grossman’s source material and expansion into a show that highlights its spectacular ensemble cast and respects the nature of television by giving us subplots that can operate within an hour-long show.

In the first category: welters! We see the Physical Kids team up to compete in a sport that doesn’t really make sense or have any actual consistent rules because somehow, building a storm that nearly destroys the arena means Quentin wins all of the squares. But it doesn’t matter that welters doesn’t have rules. Even in the books, it felt like Lev Grossman’s kowtow to readers who expected a Quidditch analog. Seeing it on screen, we’re treated to the Physical Kids in “uniforms” that are stereotypes of their normal clothing choices but in black-and-white (in what sport does the “nerdy” girl have to play in a Peter-Pan-collared mini-dress and knee-socks, except now in team colors?). The flask peeking out of Eliot’s pants was a nice touch.

The episode begins with Quentin confronting Dean Fogg to ask what he’s going to do about Julia, his former best friend turned hedgewitch who almost accidentally killed him to serve the contrived bottle episode of last week. “I’m going to kill her,” Dean Fogg deadpans.  Ah, I thought, this is The Magicians that I’ve come to sometimes enjoy. Where the headmaster of a magical school fucks around and uses the word fuck sometimes, just because.

In B-plot land, we find Margot and Eliot desperately trying to butter up Alice so she’ll put in a good word about them with her aunt, who owns a magician’s retreat that’s akin to “Camp David if Caligula ran it,” or, paradise for our favorite two hedonists.  Let this be a lesson for all future episodes of The Magicians – put Margot and Eliot together and let them have as much screen time as physically possible. Summer Bishil and Hale Appleman deserve their own spin-off show where they could lounge around in open silk robes and drink heavily and drape themselves all over each other while they shamelessly gossip.

Julia and Quentin, on the other hand, are dealing with far heavier concerns. After getting kicked out of Marina’s hedge-witch house, Julia is left with limited options if she wants to continue her magical education. And so, she makes a choice. She invites over the distinctly rape-y but dear-lord-why-do-I-find-him-so-attractive finance bro Pete and makes a tacit agreement: sex for information about other safe houses where she can learn. This is the damaged, beautifully complicated Julia I’ve been waiting for – desperate and intelligent, willing to make decisions and use whatever she has in her power to get what she wants even if it means sleeping with a blonde guy who’s always wearing a suit (my personal nightmare).

Quentin learns that his father has brain cancer, something we learn – to Quentin’s horror and rage – that magic cannot fix.  Although his attempt does give us the funniest moment in the series so far: Quentin meeting Cancer Puppy, the adorable puppy mascot of the Physical Kid’s house, and then accidentally killing it.

Both Quentin and Julia were faced with a distinct and parallel dilemma, whether to tell his father and her boyfriend, respectively, that they are capable of magic. How much of yourself do you share with the people you love? They both decide to tell: Quentin magically repairing a broken model plane while his father watches in a sweet scene, and Julia, approaching James in a coffee shop only to discover that Pete and Marina have wiped all of his memories of her.

The gut punch of that scenario – discovering someone you love doesn’t know you at all – is immediate and visceral, but I still wish more agency had been given to Julia – this poor girl has had basically every terrible manipulation possible happen to her. I was expecting a scene in which James discovered that she cheated and broke up with her – the first time her misfortune would be a result of her own decisions.

Penny’s on his own for much of this episode. After giving us the requisite shirtless post-coital scene, we learn more about Penny’s ability to transport himself around the world, and through dimensions. We get the introduction of Stanley, the Brakebills alum who assigns himself as Penny’s mentor, in order to give us the exposition about how dangerous and rare his ability is. Penny discovers that himself when he’s able to see the last Brakebills student with his discipline – a girl from two years ago – chained up in a dungeon, face-to-face with the Beast. From the markings on the wall, Quentin’s able to offer his diagnosis: Penny was in Fillory. The episode ends there, as if the shock that Fillory is real is worthy of a collective gasp, but unfortunately the show played its hand far too early. No one can be shocked that Fillory is real when they gave us Jane Chatwin in the first scene of the pilot.

I can imagine a slightly different version of this show where the creators decided to root the first few episodes in the fantasy that Brakebills is just a fun, boozy east-coast prep school analog and then slowly reveal magic’s dark underbelly. The Magicians is finding its center, I insist to all of my friends and relatives. It’s really getting there! I’ll be excitedly watching the next episode, as long as you promise Eliot and Margo will be there. 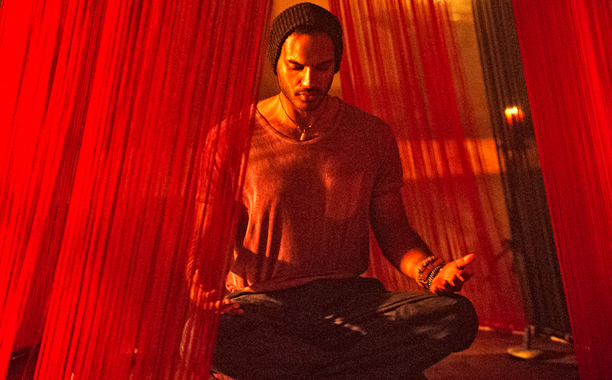