I really wish more people were watching this show. Maybe then the list I had while watching episode 7 titled “GIF-ABLE LINES!” might have actually have a chance of coming to fruition (please let “Oh, if you want to insult me, you should try again,” be my new most-used response on Twitter).

It seems strange that the pieces of The Magicians haven’t come together to make it a hit, or at least a pop-culture touchstone with trending twitter hashtags (#KobayashiMaru) and BuzzFeed listicles devoted to Penny’s abs. Because on paper the ingredients are there – witty lines, attractive twenty-somethings, a good soundtrack, genuinely scary moments – but when they come together we’re left with something that flirts with the magic (just one, I swear) of the original series but can’t get the campy fanbase going that would allow it to become the weird cult-hit that it by all visible accounts is trying to be.

Even though we were introduced to The Beast in the pilot and the last episode left us with Quentin breathlessly declaring that Penny went to the real Fillory, the real Big Bad of the season has turned out to be Marina, the hedge witch queen of the safe houses in New York where Julia is trying to learn magic. Poor Julia. This week we see her partner up with a would-be mentor who turns out to be Kady’s mom, and then watching Kady’s mom horrifically bleed out on the floor when Marina foils their plans to steal spells from her filing cabinets. I enjoy the all-female coven-like thing that’s going on with the Julia subplot, and although I can’t help hoping that the show will let her catch a break eventually. If they follow her trajectory in the books, things are about the get a little bit better, and then a lot worse for poor Julia.

As for Quentin and the Brakebill’s gang, we’re treated to Trials, a series of tests run by the upperclassmen, which you’re required to pass in order to stay in Brakebills. Which seems weird and not quite fair, a sort of disorganized approach to any higher educational institution when you were already admitted earlier that year. Rather than use the premise of upperclassmen-in-masks-and-capes kidnapping freshman to explore hazing or elitism at private universities, we’re granted the convenient explanation that this essential part of their Brakebills education happens to take place when the entire administration is on a “retreat.”

The visuals are fun: we’re treated to Eliot looking like Liberace at brunch under a chandelier in the woods, giggling like Tom Hulce in Amadeus. And we get a few killer deadpan lines from Margo, my new favorite character who I may or may not relate to on an unhealthy level.

The Trials though, seem like the lazy work of a YA writer under a deadline. The first test, in which Penny and Quentin have to (gasp!) work together, allows them to cheat in order to win, foreshadowed heavily by reference to Star Trek’s Kobayashi Maru.

For the second Trial, the gang is sent into the woods and assigned to hunt certain animals that, as luck would have it, each other had the exact right skills to catch, and the real point of the test was communication. By now, it was all reminding me of the first act of the kid’s book, The Mysterious Benedict Society where a bunch of genius kids needed to complete a series of satisfying, trick-question-style tests. Except here, instead of satisfying cleverness, we get a quip-y line and a resolution we’re just told to accept (Quentin went to “cowboy camp” because, sure! Why not?).

The final Trial had something to do with “secrets magic” which meant the attractive twenty-something cast needed to partner up, strip down, and put paint on each other’s faces. (As a side note – it seems like there are only the four of them left. Does everyone else get expelled? These Trials were not thought through.)

If your secret is True enough or whatever, the ropes around your wrist magically unbind. Symbolism at its finest. Penny confesses that he’s falling in love with Kady. Kady confesses that everything she’s done has been a trick to help Marina steal things from Brakebills. Alice tells Quentin that she’s actually much better at magic than she’s been letting on because she didn’t want people to hate her, and Quentin’s secret is that he’s always “looking” for something more than what he has.  Alice also mentions that she sees herself becoming a spinster. It’s 2016: can we acknowledge that just because an objectively gorgeous woman is wearing glasses, she’s still objectively gorgeous?

The episode ends with them transforming into geese and flying off, book-readers would presume, to Brakebill’s South. Maybe there they’ll find the right tone that’ll land The Magicians a fan base. 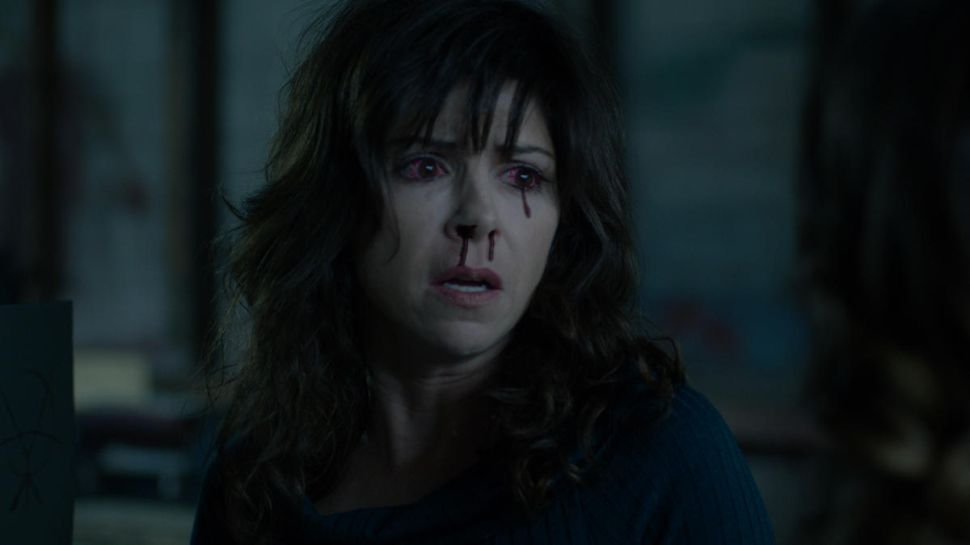