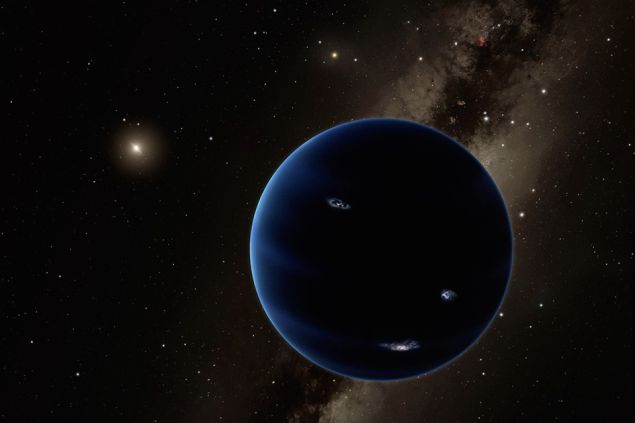 This artistic rendering shows the distant view from Planet Nine back towards the sun. The planet is thought to be gaseous, similar to Uranus and Neptune. (Photo: Caltech/R. Hurt)

On January 20, scientists at CalTech predicted the existence of a ninth planet in our solar system, appropriately dubbed ‘Planet Nine.’ The discovery was made by researchers Konstantin Batygin and Mike Brown, who deduced through mathematical modeling that a planet 5,000 times more massive than Pluto is exerting gravitational influence.

Mr. Brown, who also happened to ‘kill Pluto,’ wrote “How I Killed Pluto and Why It Had It Coming,” after his research disqualified Pluto’s planetary status. In addition to killing Pluto a few years ago, Dr. Brown has played a significant role in discovering over 30 dwarf planets and asteroids. Initially setting out to disprove the 2014 Planet Nine theory—which inferred that a large planet must be affecting the orbits of six dwarf planets outside the Kuiper Belt—Mr. Brown and Mr. Batygin’s findings provide compelling evidence to the contrary.

Unlike Pluto, Planet Nine won’t end up delegated to the sub-planet category, thanks to its massive size. But this new planet lies somewhere in our vastly unexplored outer solar system, and no one knows precisely where, because of the planet’s distance from Earth and lack of sunlight—which makes locating the planet challenging for astronomers.

“It’s so far away—anywhere from 10 to 30 times further away than Neptune. So, it’s way too faint to be seen and its effects can only be felt on the most distant objects in the solar system,” Mr. Brown told the Observer in a phone interview. “We’ve only been discovering these most distant objects in the past couple of years, so really the opportunities to even know it existed have not been there until now.”

Although astronomers remain skeptical about Planet Nine’s existence, the evidence is enough to warrant excitement over discoveries of this magnitude still being made in our solar system.

The sun’s gravitational influence extends halfway to the nearest star from our solar system, which is roughly 3,000 times further than Pluto from the sun. Planet Nine’s orbit around the sun is estimated to take anywhere from 10,000 to 20,000 years, compared to Pluto which takes roughly 250 years to complete orbit. As telescopes and cameras improve, astronomers are better-equipped to study the outer regions of our solar system. The technology used to discover Planet Nine did not exist until recently, and astronomers still know very little about this area of space, because the even most advanced telescopes aren’t yet capable of making exploration in those regions possible.

“There are a lot of surveys of the sky made by different telescopes, and depending on where in the sky Planet Nine is or was, and how far away it is or was, there are different telescopes that could’ve been able to see it,” he explained. “The fact that they haven’t seen it so far rules out big areas of sky. We probably have one-third of the sky along its orbital track to survey, so we’re trying to get the telescope time lined up for restarting the search coming up in the Fall. That’s our main task right now.”

The last planet to be discovered in our solar system was Neptune, first predicted through mathematical calculations by John Couch Adams and Urbain Le Verrier, and later confirmed when Johann Gottfried Galle observed the planet for the first time in 1846. Planet Nine is suspected to have formed in a similar fashion to Neptune and Uranus, but was ejected out of its elliptical plane to its present neighborhood.

Pluto was discovered in 1930 after astronomers looked for evidence to explain the gravitational lag observed in Neptune and Uranus’ orbit, but those lags turned out to be orbital miscalculations. Since then, accuracy has dramatically improved, and although the astronomy community remains skeptical about Planet Nine’s existence, the evidence is enough to warrant excitement over discoveries of this magnitude still being made in our solar system. 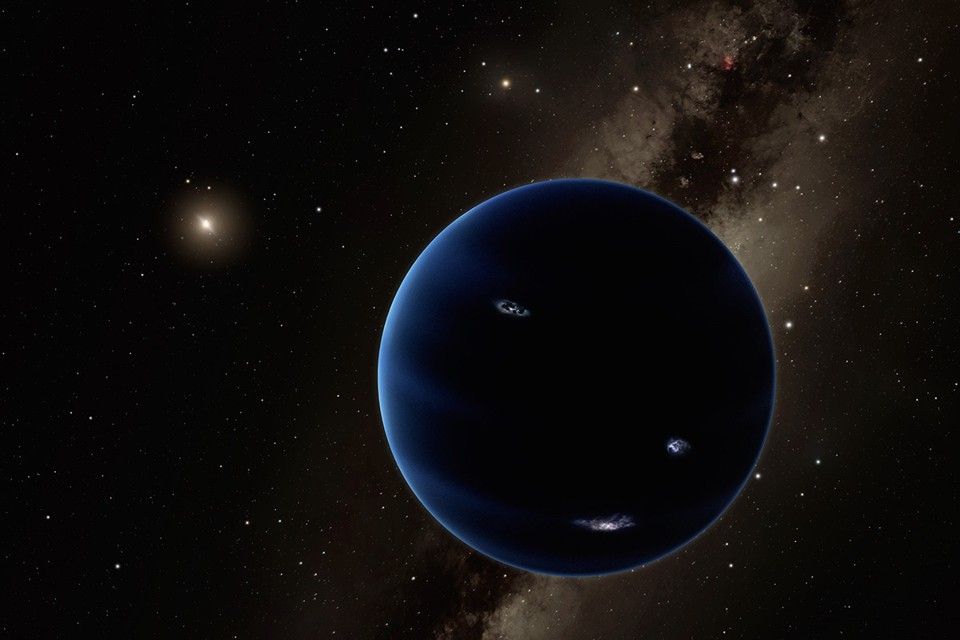