Ballers, for those unaware, is basically Entourage set in Miami and starring a man that could, in the most literal sense, eat the entire cast of Entourage — Dwayne “The Rock” Johnson. In other words, Ballers is very, very baller. Today, HBO released a teaser for the season two of Ballers, which seems to have upped the baller-status by keeping everything that was baller about season one but making The Most Interesting Man in the World from the Dos Equis commercials the bad guy.

But since the only thing as baller as Ballers is lists, here are the most baller parts of the Ballers season two trailer:

The trailer opens with some unfortunate mere mortal asking Dwayne Johnson’s Spencer Strasmore if he is Vin Diesel, to which Strasmore responds “No, I’m bigger and better looking.” “Better looking” is a matter of personal preference, but that first part is objectively true. That’s not even an insult to Vin Diesel. In addition to Diesel the list of things Dwayne Johnson is bigger than includes 1) Every member of The Transformers 2) 99% of skyscrapers 3) Vin Diesel with Ludacris on his shoulders.

The Rock is very big.

The Part Where The Rock Takes Off His Sunglasses

A big part of what makes Ballers so baller is that its cinematography is 65 percent shots of The Rock taking off his sunglasses, mostly after exiting a sports car and adjusting the buttons of his suit. It honestly begs the question of why Spencer Strasmore ever bothers to wear sunglasses in the first place if he’s just going to take them off all the time.

In case you thought I pulled that GIF from the trailer, I did, but it’s worth noting that in real life anytime Dwayne Johnson enters a room his name appears against a black backdrop in bold metallic letters, then he strolls in taking off a pair of sunglasses and wearing an impeccable suit tailored by a small but elite team of Navy SEALs.

The part with girls

The part with boats

All the parts with girls ON boats

The Part Where The Rock Tackles A Man, Probably To Death

After some pretty uncharacteristic flailing, Spencer Strasmore tackles a man smaller than him but seemingly larger than Vin Diesel. Okay, no, there’s no video evidence that the tackle kills anyone but one assumes that if The Rock tackles someone in any environment that person dies. A little insider trivia for you: You can tell that this is a TV “stunt” and not The Rock really tackling someone because of the way the other man doesn’t turn to dust or shatter into 1,000 tiny pieces.

What’s driving Spencer Strasmore crazy enough to assault someone? Who knows. Maybe he compared him to Vin Diesel. Maybe it’s the sudden mood swings associated with Chronic Traumatic Encephalopathy (CTE), a little-studied degenerative brain issue allegedly, and tragically, plaguing many ex-NFL players. Maybe that guy insinuated Spencer was not, in fact, a baller.

Find out summer 2016, when Ballers returns to HBO. 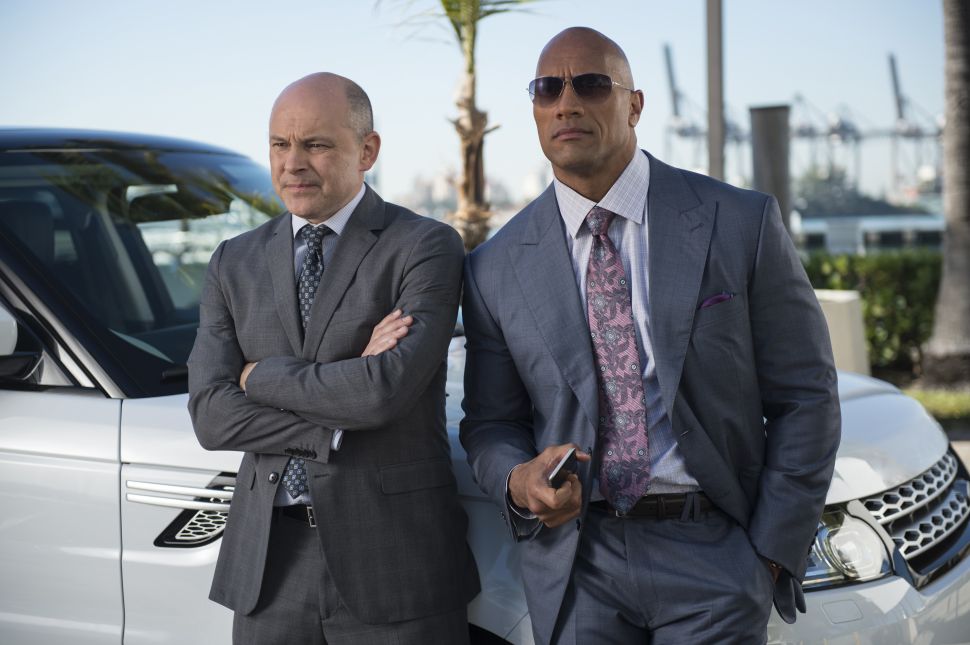