I never had a panic attack in my life. I also didn’t really know what anxiety is. I’ve heard about it, but I always believed that these things won’t happen to me, a happy & healthy person.

A little over a year ago something strange happened. It was a regular day and early in the morning. I was on the subway train making my way to work from Brooklyn to Manhattan.

About half way in I started sweating, my vision became blurred, my head started spinning and I had the strong urge to throw up. I got off the train immediately three stops before arriving at my final destination.

Now I was just sitting there in the middle of the side walk. I had trouble breathing and my heart was beating fast. I didn’t understood what was happening to me. It felt weird, I couldn’t feel my legs and it was as if my mind was separated from my body. I’m not easy to freak out, but I couldn’t recall to have had this feeling before.

My first thought was that I’m probably sick. Maybe I ate something wrong the day before? I don’t know, but that must be it.

I walked the last 10 blocks to the office that day. I felt better when being outside, feeling fresh air and not locked in a subway train.

I left work earlier that day, my stomach was giving me a hard time and having meetings in the office felt like torture. I just wanted to be alone.

The next couple days, events kept repeating. I wasn’t able to take the train anymore. I wasn’t able to go into bars or restaurants. I always felt like I can’t breathe and I was afraid that I will throw up. Being around groups of people only made it worse. Why was that?

I still thought I’m just sick, maybe a stomach flu? It will be fine, lets wait another week.

When going out for dinner (if I wasn’t able to avoid it) I tried to position myself close to the exit. Eating in front of other people was almost impossible anyway, I had zero appetite and preferred to eat alone at home.

After 2-3 weeks still nothing changed. I went to a few doctors and all told me that I’m fine, there is nothing wrong with me from a physical perspective.

At that time, I still didn’t know what a panic attack was.

I went to Stockholm for one week for a work trip. I love flying and being on planes, but this was the most horrible flight I ever had. My whole trip in Stockholm was horrible. The fact that it was winter and I never saw the sun just once during that week made it even worse.

On one day that week, I went back to my hotel room in Stockholm after week. I tried to have dinner at the hotel restaurant, but I couldn’t get down just a single bite of my food. I was shaking and had trouble breathing again.

I went to my room completely exhausted. I had this overwhelming pressure & feeling of sadness in my chest, for no particular reason.

That was the first time I started crying in my adult life. I can’t remember when I cried the last time, it must have been at least 18 years ago when I was a child. I’m not someone who does these things, not because I feel like I need to resist, but I never felt the urge to do so. But suddenly, it just happened. It was weird, all my energy faded away and I felt like I just gave up.

But after all, I’m a Designer. I like to analyze and solve problems, so I figured, lets solve this one with me as the object. (yes, this sounds easier than it was)

I started writing down all the physical symptoms I was experiencing. Chest pain, sweating, nausea and the feeling of being removed from your body in a weird way.

Only after some research things made sense. I was experiencing panic attacks which slowly transitioned into a constant feeling of anxiety throughout the day. And dealing with this shitty feeling occupied most of my waking time. My panic attacks were feeding itself. I ended up getting panic attacks because I was afraid of getting a panic attack again. I could almost guarantee you that if I entered a subway train, it would happen again.

I still couldn’t believe it. Why the fuck me? I’m smiling all day, I’m always positive, I love my life and I’m a fucking happy person. Why me? What the fuck?

It’s almost like I didn’t agree with my own diagnosis.

I was angry at myself, because I hated wasting time with stupid things like these. I got shit to do! Dear panic attacks, fuck you!

But I took it seriously. I started to learn more about panic attacks and each individual symptom. I broke it down into pieces, I was on a scientific mission to fix myself.

I learned that when a panic attack happens, your body is preparing  you for some sort of fight. Simply put: Your heart starts pumping blood like crazy, trying to get you warmed up and ready for whatever encounter there might be.

Yes, in case you’re chased by a lion this makes total sense, fear is actually a pretty useful thing. But when sitting on your couch at home it’s a little useless.

Now, because you’re in a state of fear, your breathing becomes all fucked up. Instead of breathing deeply through the stomach, we do short breaths through our chest. This limits our oxygen intake and makes us feel we might faint. And all other symptoms you experience are just a chain reaction that comes after.

Breaking it down like this helped me the most. I understood the practical reasons of why my body was acting all weird.

The next time I got a panic attack for no fucking reason while sitting on the couch, I focused on all the symptoms. I focused on my heartbeat, my sudden change of breath and chest pain. It all went according to plan.

I looked at it as if my body is another person I’m trying to analyze. I suddenly started laughing at my body, as if he doesn’t belong to me. I couldn’t help it, it was just so ridiculous and for some reason I found it funny.

This was the start of my self therapy. Every time a panic attack was coming up, I started laughing at myself. I made fun of myself.

Something magical happened. Panic attacks occurred much less, and if they did, I felt like I could prevent them. Making fun of my panic attacks took all the pressure and effectiveness out of them.

Whenever a panic attack happened, I was telling myself. BRING IT ON PANIC ATTACK! YES, PUMP THE BLOOD IN MY VEINS YOU FUCKING IDIOT! GO AHEAD!

Slowly over time, panic attacks didn’t happen anymore. Not the way they did before at least. There was no one around who took them seriously.

But still, I knew I had something bigger to deal with. Constant anxiety was still a big part of my day. I also knew that I need to stop over thinking and searching for a reason. Because sometimes there is no particular reason other than the sum of many you can’t recall.

It’s like this with drinking . If you are not thirsty, there is no reason to drink in that moment right? But after one or two days you will experience a heavy headache. But still you might say, I was never thirsty, so why do I have a headache now? Shouldn’t I have been thirsty first?

So the effect of not enough is something you only experience later on. Drinking is basically preventive care. We might not be thirsty in the moment, but we know that if we don’t drink it, our body will hunt us later.

With my anxiety & panic attacks I figured it was similar. I wasn’t drinking enough “” and now I have to deal with this shit. But again, it would be too simple to nail down a single problem such as “you work too much”. Rarely there is just a single reason.

I didn’t know what it was, but I knew it was something. I was on a mission of change. My goal was to change many aspects of my life, which ultimately ended up solving my problem.

I also knew that I didn’t wanted to take popular medication for treating anxiety. I knew that this wouldn’t fix my problems, but only delay them.

Here are some key points that helped me the most:

1. As mentioned above. Breaking down a panic attack to it’s essentials takes away all it’s power. We’re scared of the things we don’t understand. But the moment we understand how they physically work, it takes away all their power.

2. Anxiety gives you the feeling that you are not in control over your body or actions. Regaining control is the most important aspect to become good with it. Knowledge gives us humans the feeling of control. Reading up on some research around anxiety helped me to see myself more as a scientific subject.

We can also trick ourselves and pick other areas of our life to simulate the feeling of control. If you can’t control your anxiety, you can certainly control your diet, your physical activity or other daily activities. In summary, all these little things will help to fight anxiety and it will slowly fade away.

3. Talking to other people about it. Close to 20% of all Americans currently suffer from anxiety or panic attacks, and even more have experienced it at least once in their life. That basically just means, a lot of people know about it, but few talk about it.

In my case, I knew nothing about it, and I didn’t even know that what I was experiencing is a thing out there. I was thankful that I could talk to a couple friends, and to my surprise most of them have had similar experiences.

That particular winter was one of the worst times in my life. In retrospect, it was also one of the best. I don’t like to repeat it, but I got to know myself better again. That time helped me to grow, reflect and think about what happened the last 3-6 years.

In the end I stopped trying to search for one problem, because that is not how it works. I took some time and cleaned up my life. Quit my job, changed my diet, changed my habits and so forth.

I feel great again. I mean, I always felt great but that time really challenged me in a way I haven’t been challenged before.

Keep on fighting the good fight.

Tobias is the Co-Founder of Semplice, a new portfolio platform for designers. Also host of the show NTMY — Previously Design Lead at Spotify & Board of Directors AIGA New York. If you enjoyed this article please let him know on Twitter @vanschneider. 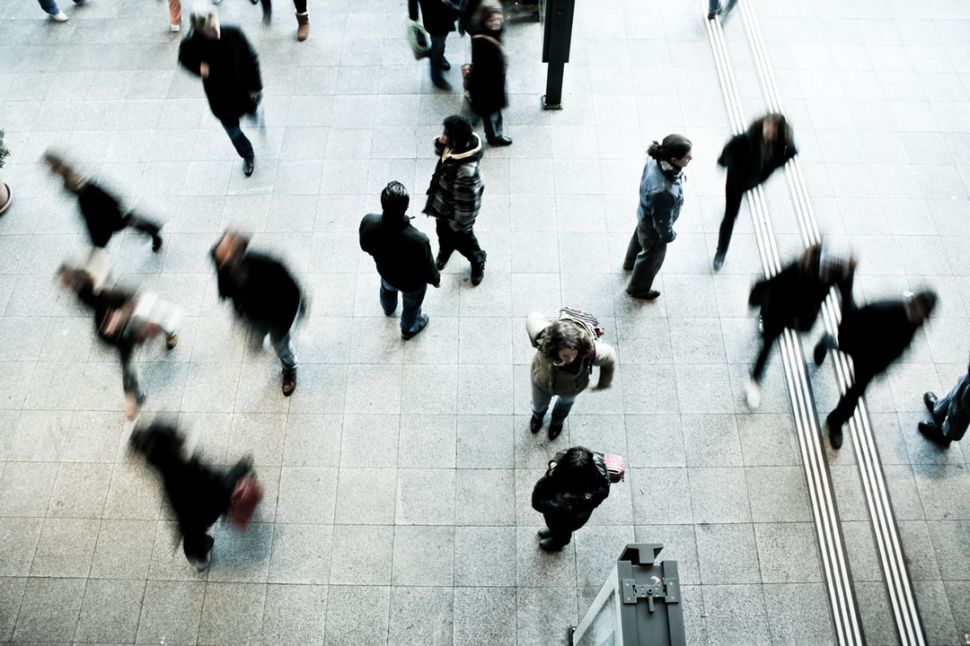