In the trailers for American Crime Story, it promised a big payoff: “You saw the Bronco chase. Now see what it was like in the Bronco.” This was this episode. So it was somewhat surprising to find that the best moments of the episode that focused on O.J. Simpson’s famous low-speed chase with the L.A.P.D. weren’t the ones that took place in the car, but the ensuing frenzy– of the media, the police, and the residents of Los Angeles– that were awakened by the celebrity’s run from authorities.

But let’s start at the beginning: with one of the show’s now-trademarked (in my mind at least) hard zooms, this time to O.J.’s friend and lawyer, Robert Kardashian, in a bathroom, praying to God for the safety of his children’s godfather. Downstairs Robert Shapiro is doing his own kind of Hail Mary: calling up District Attorney Gil Garcetti. “You know I’m a fixer of things,” he pleads, trying to win himself back into the offices good graces. I don’t tolerate this kind of stuff.” 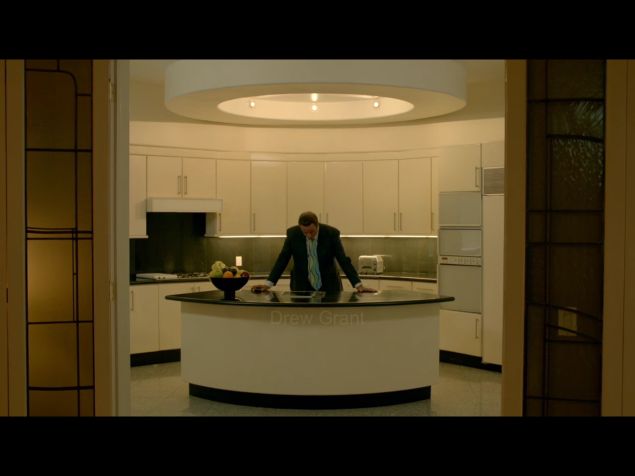 Other great lines by Shapiro in this scene: “I’m the good guy here!” “Who brought Menendez back from Israel?”  “You came to my 50th birthday!” “I supported your campaign!”

Later he complains about the D.A.’s office holding a press conference about the fugitive Simpson: “I don’t like the subtext,” he says, somehow still able to raise those gigantic eyebrows of his in hurt. “There’s an unspoken villain here.”

“No, me! Everyone’s blaming me for everything! I have a very clean reputation! We need our own press conference.”

Even before Johnnie Cochran voices the thought in disgust during the subsequent press conference, we can already tell that Shapiro’s focused on only one person: Robert Shapiro.

Meanwhile, Marcia Clark is losing her shit. “If it was our absolute goal, could we look more incompetent,” she seethes. The sentiment is echoed by Garcetti: “This is worse than the day I was diagnosed with cancer.”

While the sirens wail, we see not the police vehicles rush out (though they make a fine spectacle later on, leading O.J. to his house like a ticker tape parade for a returning hero), but the media vans. It’s a great juxtaposition that underscores some of the early tensions of the trial: the importance of the optics; how things appear, versus how they are, and who is deciding. Just check out the shot of Garcetti’s reflected back through a camera lens that looks like an eye to see what I’m talking about. 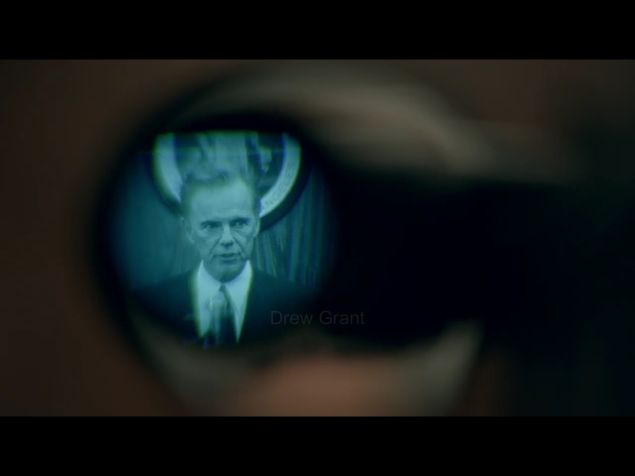 Now, O.J. fleeing from justice was never addressed in the actual trial, and one rumor (floated by, among others, Dominick Dunne) about why this might be so was that the L.A.P.D. might have been using helicopter surveillance to monitor O.J. Simpson’s phone calls: a thorny privacy issue that the prosecution–prescient for once–might have been trying to avoid addressing entirely. Another is that the audio transcripts, should they exist, would paint O.J. too sympathetically. But it does make one wonder about how they decided the dialogue for the scenes in the Bronco: O.J. with a gun to his head, A.C. Cowlings (a suitably freaked Malcolm-Jamal Warner) as the un-famous black man trying to negotiate with the troopers who approach the car, guns drawn. “What….no!!! What kind of stupid question is that???” Cowlings screams at a 911 operator asking if everything is all right. “Everything is terrible!!” 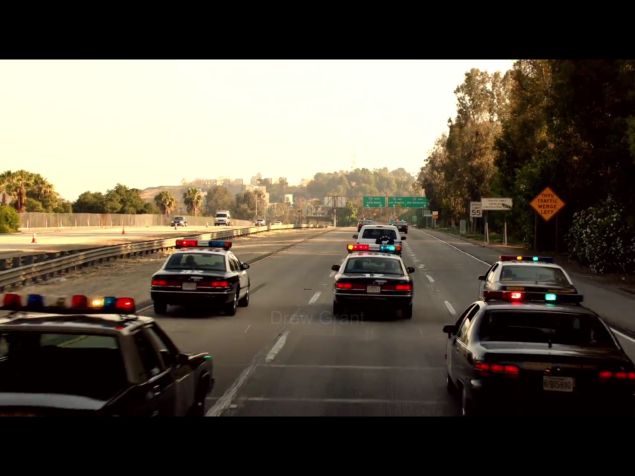 This is what people in Chris Darden’s community see, at least. Even though the audience can hear the officers telling each other: “I’m not shooting at OJ Simpson unless somebody authorizes it,” and later a S.W.A.T. captain issuing orders like: “No hotheads. We’re on TV.” Or Gil “I thought I was going to run for mayor someday” Garcetti saying: “We don’t want a shootout on live TV,” before asking rhetorically, “What is the protocol for an armed celebrity fugitive being chased by twelve police cars and seven helicopters?”

It’s hard to imagine detectives crowding around their phones trying to coax any armed fugitive who outfoxed them and escaped arrest–regardless of their race–back to safety. But O.J. Simpson, full of “I’m sorry’s” and “I know you guys work hard and want to go back to your families,” is hyper-aware, even at this stage, of the privilege afforded to him because of the celebrity spotlight. The best line of the episode is Bill Hodgman, responding to O.J.’s alleged suicide note (as read by Robert Kardashian):

Marcia Clark: Did I hear that right? He feels like a battered husband??

Hodgman: Well, you know, he cut his hand while killing her.

I’m still not a huge fan of Cuba Gooding Jr.’s portrayal of O.J.–here amped up to 11, with no plan, appearing for all the world (and us viewers) as a guy who just maybe didn’t do it!— and though we might be in the Bronco, we aren’t any closer to being in O.J.’s mind during the chase. He still seems like a man living in a weird nightmare he can’t wake up from, a panic attack manifest, and though it’s easy to sympathize with how terrifying that must feel, it’s hard to sympathize with this character. We know WHAT he’s feeling (um, very, very upset?) but we’re given no clue why he feels that way. 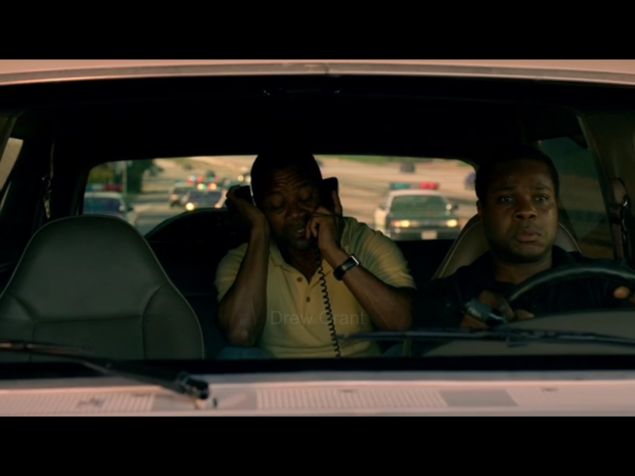 Early on, we watch from the outside of Robert Kardashian’s car, pulling up to the Simpson house, where he delivers the news to the family that he believes O.J. is dead. His silent scream, again heightened by that woozy zoom, is a thousand times more effective and scary than its counterpart later in the episode, as Simpson himself breaks down screaming in the Bronco after arriving at his house. 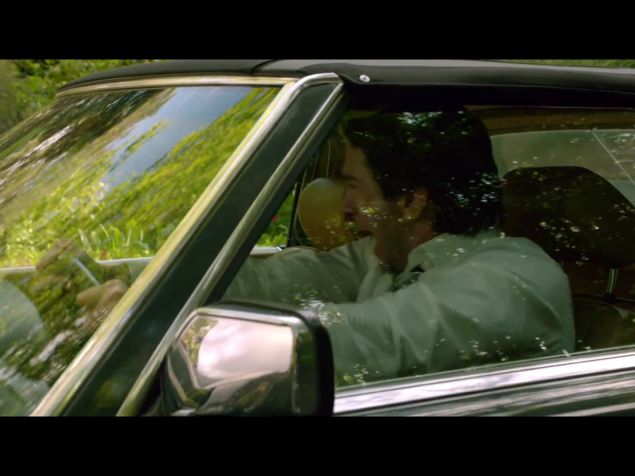 O.J. has all the mouthpieces, and he must scream. But in this episode at least, I didn’t want to listen. Much more interesting to hear is the reaction from Darden’s neighbors while the Assistant D.A. argues that O.J. made himself white once he made money and left the community: “Well, he’s being chased by cops…he’s black now!” 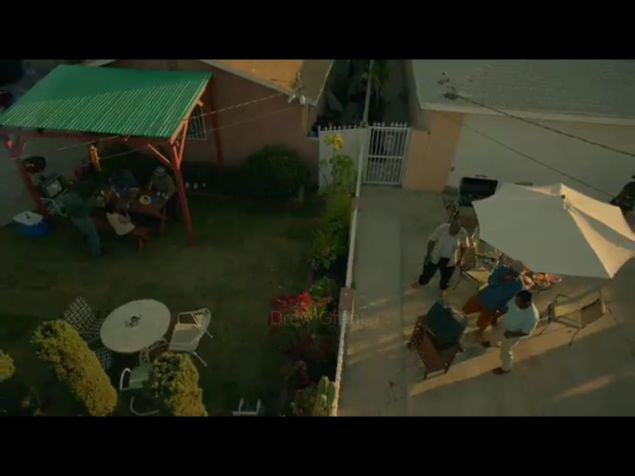 Or the guy, talking to a reporter on the overpass while around him a crowd of all-black people wave signs proclaiming: “The juice is loose!”

“We’re not cheering for him, we’re against the LAPD,” he says, before reconsidering: “We’re doing both.”

Though at this point, it’s hard to see how anyone could imagine the story being “O.J. V the L.A.P.D.,” when every interaction is another opportunity for the police to show that they are on the famous man’s side. 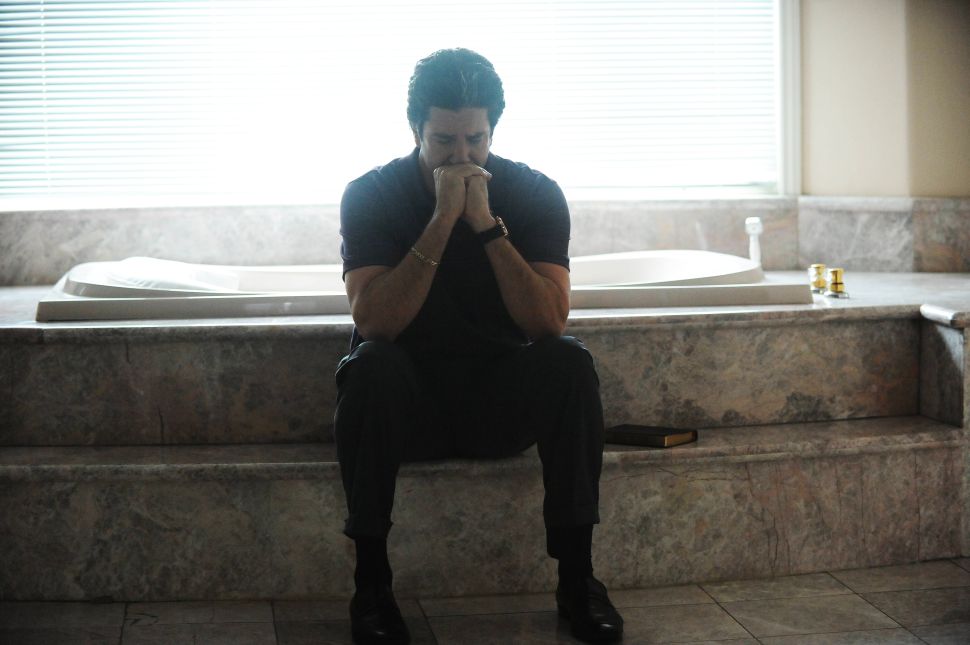