Newly sworn in Assemblyman Andrew Zwicker (D-16) caused the biggest upset in 2015’s Assembly elections when he pulled out a 78-vote win in his Republican-leaning district, a feat that he attributes to his scientific background and the refined, data-driven voter model that helped him hone his on-the-ground messaging. A physicist by training, Zwicker believes the legislature should look to New Jersey’s proud history of scientific innovation as it tackles a sluggish state economy.

With his 2017 reelection campaign on track to be another close race, Zwicker sat down with PolitickerNJ to discuss the details of his campaign’s approach, the future of New Jersey’s high-tech sector, and the ambiguous role of independent spending in state elections.

Campaigns across the state and across the country are becoming more and more dependent on data. How did those techniques help in the 2015 campaign?

We made a very scientific campaign in that we ran a very sophisticated voter model, and then we stuck to it. Everything that we did was based upon the model. And the model predicted a close election. It didn’t say it was a victory, it just said it was going to be close. And it was, clearly.

If we ran the experiment that the theory predicted, we had a very good chance of winning. We used data from a company called Fifty-One Percent, with Doctor Sherry Preische. She’s a physicist as well, but now does computational modeling of elections. That dictated our whole ground game. Field, mail, everything was based upon that. So that helped us figure out who the likely voters were and then helped us target our message. All of our communicaiton, no matter what form it took, was based upon trying to get the people with the highest probability of voting for me to actually do that.

2017 is likely to be another tight race. Does your campaign already have a strategy in place?

It’s going to be incredibly competitive, there’s no doubt about it. My margin of victory was incredibly small. The district is pretty evenly split between registered Democrats and Republicans, and by far the vast majority are independents who lean Republican. So it is highly, highly competitive. The question is, it’s going to be a gubernatorial year. We don’t know on both sides who the gubernatorial candidates are going to be, and the messaging. So it’s a little early to start to do any modeling, because the gubernatorial is going to dictate a tremendous amount of what happens in 2017.

The 2015 cycle saw record spending from super PACs and independent groups, and it’s looking like the state GOP will need a PAC of its own to compete next time. Do you think your campaign benefitted from that increase?

In the sixteenth, I was outspent by 2.4 to one. People make fun of me because I don’t say two and a half, because I’m a scientist. Independent money was one hundred percent on the Republicans. So, all the stories that have been written about the enormous amounts of money that flowed into various races around the state are not relevant to my victory in the sixteenth. I can’t speak for what the Republicans are going to do in terms of finances, but I fully do expect for this to be a very competitive cycle. I think there’s a real issue of money overall in politics. People are frustrated by how special interests are having such influence. But I don’t buy into the fact that any election was just simply a matter of special interest money taking over.

Some have pointed to Republican Assemblyman Chris Brown as putting the lie to that theory in the second district. He held onto his seat despite PAC-funded attacks.

For every example you can say ‘Oh look, there was a lot of money coming form a particular organization,’ then you can do a counterpoint. And Brown is an excellent example where it was highly competitive, and all the money went into it. And the voters still chose the person they thought was the best candidate.

New Jersey’s slow recovery from the 2008 recession is obviously one of the most pressing issues for the legislature. How can the state boost job growth?

The fastest-growing sector in the twenty-first century is going to be around high-tech jobs. And they’re not just high-quality jobs, they’re high-paying. And most importantly, they’re for all levels of education, not just advanced degrees.

New Jersey is home to the highest density of scientists and engineers in the world, which most people don’t know. We’re home to biotech, pharmaceuticals, IT, computers, robotics, and there’s no reason why NJ should not be a hub of innovation. We are the home, historically, of Bell Laboratories, one of the greatest laboratories the country has ever seen. And we have outstanding research institutions both public and private.

Statutorily, what needs to happen help that kind of economic growth gain a foothold?

I think that there’s no simple solution, it’s a whole series of pieces of legislation. Economic incentives for small and medium high-tech job creators, improvements in public-private partnerships so that we can get ideas out of our research universities into the private sector. I want to make sure that NJ Students can compete for these jobs. We need to make sure that our educational institutions are funded adequately, both K-12 and above. I would like to bring these people together and say: ‘Given that this is 2016, what are the things we can do to put New Jersey on track to increase economic development and become a high-tech center?”

Apart from AT&T being broken up, what changed for New Jersey’s technology sector and the role it played in the state’s economy during the ‘Ma Bell’ days?

I’ve talked to people upland down the state about this exact question. Back in the sixties and into the seventies, we were clearly a center. And you can go back to Thomas Edison, Albert Einstein. I think hat changed, in part, is that NJ’s success was predominantly driven by the private sector. So Bell Labs is a perfect example. Nobel Prize-winners changed the world with their technology, really showed what a private-sector laboratory could do. And put the resources into it. As things got more and more competitive, they had a business decision to make. And the breakup of Bell labs lead to a lot of that. New Jersey doesn’t have as much of a history, legislatively, in trying to make sure that we create whatever we can from the public-sector side — the right environment from idea to start-up to growth to real job creation that other states have. 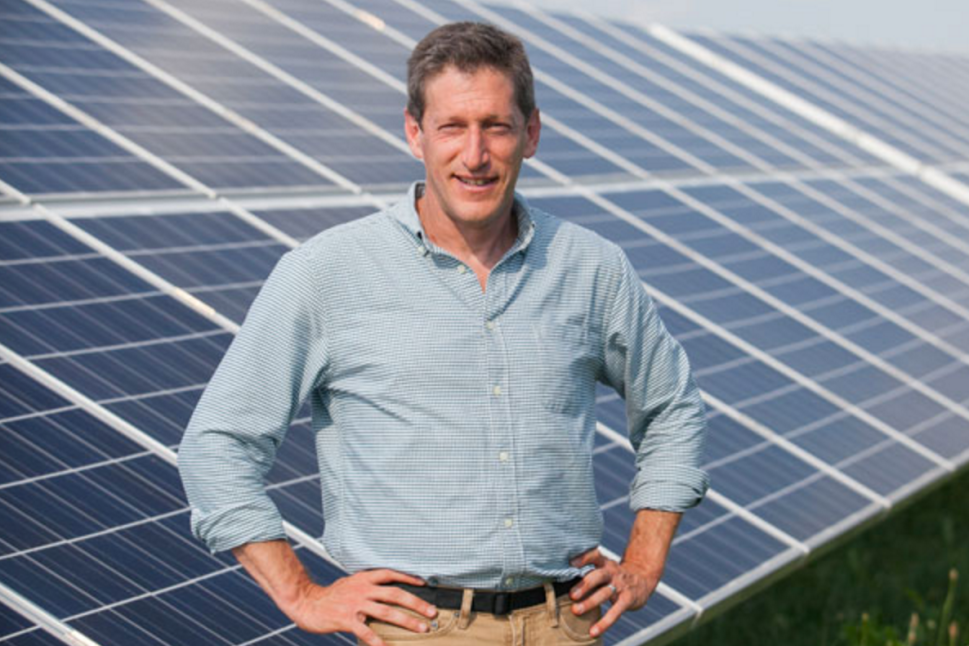