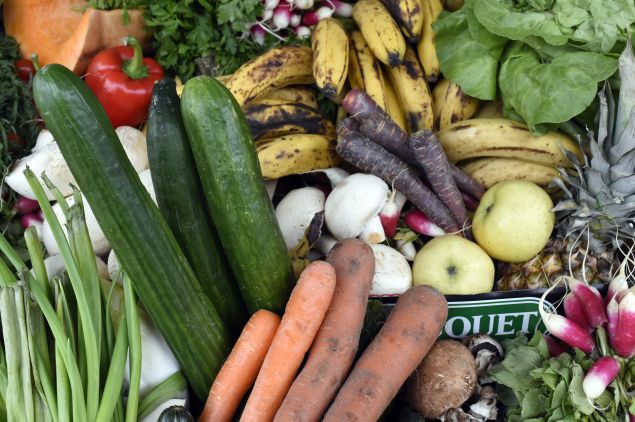 Produce judged ugly by mass market retailers, is pictured during ‘Anti-gaspi, pour le climat aussi’ (Fighting waste for climate change), an operation organized by the Paris City Hall in partnership with the French Agriculture ministry, as part of a national day of action against food wastage, on October 16, 2016. (Photo: Miguel Medina/AFP/Getty Images)

There are a number of foods many consider scraps and routinely throw away with the rest of our garbage. Take a moment to pause and consider the fact that you could be wasting the most nutritious parts of your meal, as the stems, skins and tops of fruits and vegetables often contain even more nutrients than the main fruit or vegetable itself. The following tips will show you how to save these powerhouses in order to reap the full benefits of your produce. Along the way, you might also become a more mindful eater, doing yourself and the environment a favor.

Avocado Pits Avocados are one of the healthiest foods in the world, loaded with healthy fats, vitamins and nutrients. Unfortunately, many of us get rid of the most nutrient-dense part of the fruit. The avocado seed contains one of the highest sources of naturally-occurring soluble fiber, which is extremely important for digestion, and the antioxidant content of this wondrous seed is higher than most fruits, veggies and even green tea—and it is no secret that antioxidants slow the aging processes, boost our immune system and fight disease. Avocado seed oil has also been shown to increase collagen in your skin. If you have a high-powered blender, add the seed to your smoothie. You can also grate the seed and add it to sauces, or use it to season your meal.

Broccoli Stalks and Leaves Each part of the broccoli plant is good for you but, sadly, the stems are typically tossed in the garbage. Broccoli stems have more nutrients and more fiber than the rest of the plant, and broccoli leaves are actually higher in beta-carotene than the florets, and contain phytonutrients that are not found in any other part of the plant. Eating all parts your broccoli is a very good idea. Look for broccoli with dark green or purplish (not yellowing) florets. To preserve nutrients, never overcook. Broccoli stalks do take longer to cook than the florets, so peel the stalks and cut them in half before steaming or roasting.

Spotted Bananas If you refuse to eat a brown, freckled banana, you are missing out on a fruit in all of its glory. Particularly for smoothies, it would behoove you to wait until your bananas are spotted, and then peel, chop and freeze them, to capitalize on their peak of taste and nutritional value. As a nutritionist, it is cringe-worthy when clients use perfectly yellow, unmarked and not fully-ripened bananas for smoothies or baking. This is a waste of calories. Bananas are creamiest and sweetest when they look imperfect. The darker the peel, the stronger the antioxidants. Also, bananas are incredibly rich in potassium. To to avoid a hangover, eat one of these black-spotted babies before hitting the sack.

Watermelon Rinds Like its cousin, the cucumber, the whole watermelon is edible—yes, this includes the thick green portion that winds up in your compost. According to the Journal of the Science of Food and Agriculture, watermelon rinds fight free radicals by converting to amino acids that provide heart and immune system protection and keep harmful toxins at bay. One study has shown that watermelon rind can have similar side effects to Viagra. That’s right, watermelon rind could boost your libido! Try adding the rind to your smoothies or simply bite down deeper into the white part when eating.

Squash, Potato, Apple & Cucumber Skin Most of the vitamins and minerals in vegetables and fruits are stored in their skins. Bake potatoes and squash with the skin, and stop peeling apples and cucumbers. By stripping away the top layer, you are removing a large concentration of nutrients. Not only do they often contain beneficial phytochemicals, but they are great sources of fiber which can prevent constipation. Apple peel in particular is rich in pectin, which can lower cholesterol and control blood sugar. Be sure to buy organic produce whenever possible, and wash everything well to remove dirt, bacteria and any pesticide residue. You may want to consider purchasing a vegetable brush to scrub firmer produce like potatoes.

Chicken and Turkey Bones Instead of throwing away chicken and turkey bones, make your own bone broth, which is one of the easiest healthy living changes possible. Store-bought broth is basically colored water with seasoning. Try keeping a bag or bowl in your freezer, and add any of the aforementioned otherwise discarded veggie parts into it—like the outer layers of onions and any extra broccoli stems or celery leaves. Then add your bones, additional veggies and herbs (such as rosemary and thyme) to a pot, cover with water and cook! Bring it to a boil and then reduce heat to low and simmer for several hours. Freeze your homemade broth, but remember to thaw—instead of microwaving, which kills many valuable nutrients—before using. Having broth on hand will make it even easier to use your leftover vegetables for a last-minute meal.

Also… Remember to freeze fruit before it goes bad. If you are using berries primarily for smoothies, buy them frozen, as organic versions are often either unavailable or extremely expensive! 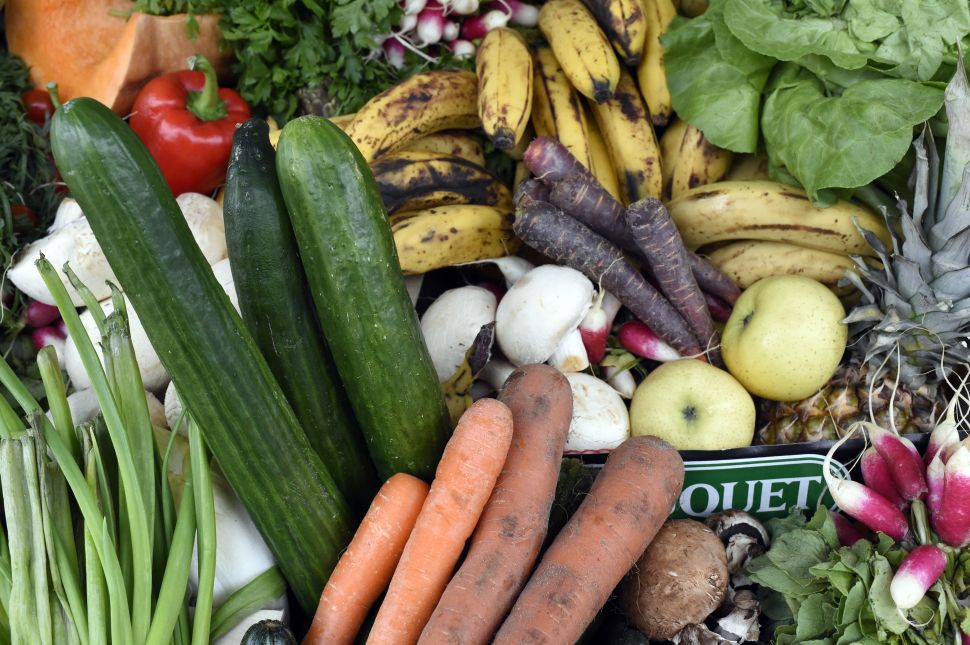