If you’re like me, the book form of John Berger’s BBC series “Ways of Seeing” flipped all of your simplistic art paradigms upside down as a youth. The 90-year-old British author and critic, who also won the prestigious Booker Prize in 1972 for his novel G., has charmed many art and literature fans over the years, and he can even count Academy award-winning actress Tilda Swinton among them.

The elder writer and the young actress first met in the 1980s on the set of a film based on a short story by Mr. Berger called Play Me Something, and the two have been friends ever since. Now the actress has brought her brainchild, a new documentary on the seminal wordsmith, The Seasons in Quincy: Four Portraits of John Berger, to the 66th Berlin Film Festival, which runs through Sunday.

“What has prompted me to write over the years is the hunch that something needs to be told and that if I don’t try to tell it, it risks not to be told. I picture myself as a ‘stopgap man,’ rather than as a consequential professional writer.”

These are the words of Mr. Berger as read by Ms. Swinton at a panel discussion for the film last Saturday, a quote that hints at the shared ideology found both in the senior artist’s work and in Four Portraits.

Ms. Swinton, who directed a 2008 film about the influential British artist and filmmaker Derek Jarman titled Derek, also directs here, but only one of the four “portraits” in the film is hers. The other three are directed by the producer of Derek and the aforementioned film inspired by Mr. Berger’s Play Me Something, Colin MacCabe, and two other filmmakers: Christopher Roth and Bartek Dziadosz.

The four-part film, which correlates with the four seasons, begins as a series of conversations in Mr. Berger’s rural home in the tiny village of Quincy in the French Alps. The film starts in winter and ends with an autumnal visit (Ms. Swinton’s quarter of the tribute, called Harvest) and is gorgeously shot with a mixture of handheld and aerial footage. The meat of the film—conversations, walks and daily or ritualistic projects—is poignantly punctuated by minimal touches of music, sounds of nature and vocal noise, like children’s laughter. As with much of the work Ms. Swinton produces or champions, The Seasons in Quincy: Four Portraits of John Berger is a beautiful yet uncommon approach to a subject—one that is happily out of step with the frenetic, info-tech lifestyles we’ve adopted.

But more importantly, the film is a reflection on creation as a metaphor for human existence. Mr. Berger, of course, states it best in an excerpt that Ms. Swinton joyously read aloud at the panel:

“Language cannot be reduced to a dictionary or a stock of words and phrases, nor can it be reduced to a warehouse of the works spoken in it. A spoken language is a body; a living creature. whose physiognomy is verbal and whose visceral functions are linguistic. And this creature’s home is the inarticulate as well as the articulate.”

Rather elegant words from a man who suggests he’s not a professional writer. 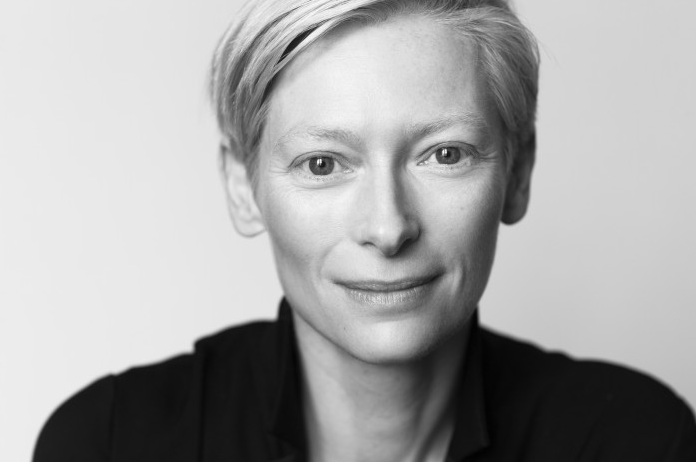