Growing up in “Mexico by way of Texas,” Raul Gutierrez told the Observer that his upbringing didn’t include a lot of snow, so when he heard how serious Winter Storm Jonas would be, he wrote in an email, “I wanted to set up a time-lapse to capture the storm.”

It so happened that Mr. Gutierrez’s colleagues had built a good tool to do just that. He is the founder of the Brooklyn tech company Tinybop, a maker of educational electronic toys for iOS devices. He used one of those toys, The Everything Machine, to capture the snowfall.

“The app is a simple visual programming language that lets you connect sensors and cameras to things like timers and logic bits. It’s one of those things that sounds complicated but is really easy,” he wrote. “So I ran the app on a very old iPhone hanging out a window and made a little machine that snapped pictures every two minutes and ran it for a little over 24 hours.”

2016’s blizzard ran from January 22 to 24, and the part captured in the video above looks out from a window in Park Slope. As the video gets going, cars go through and make tracks in the snow. As it goes on, the tracks get covered over faster and faster, until for most of the rest of the video, the cars mostly stop.

However, at about the :31 second mark, a small group of vehicles pass through the frame. Mr. Gutierrez identified those as the Mayor’s motorcade. He saw it come through up close, because he’d gone outside to get himself in the video, just before it passed. 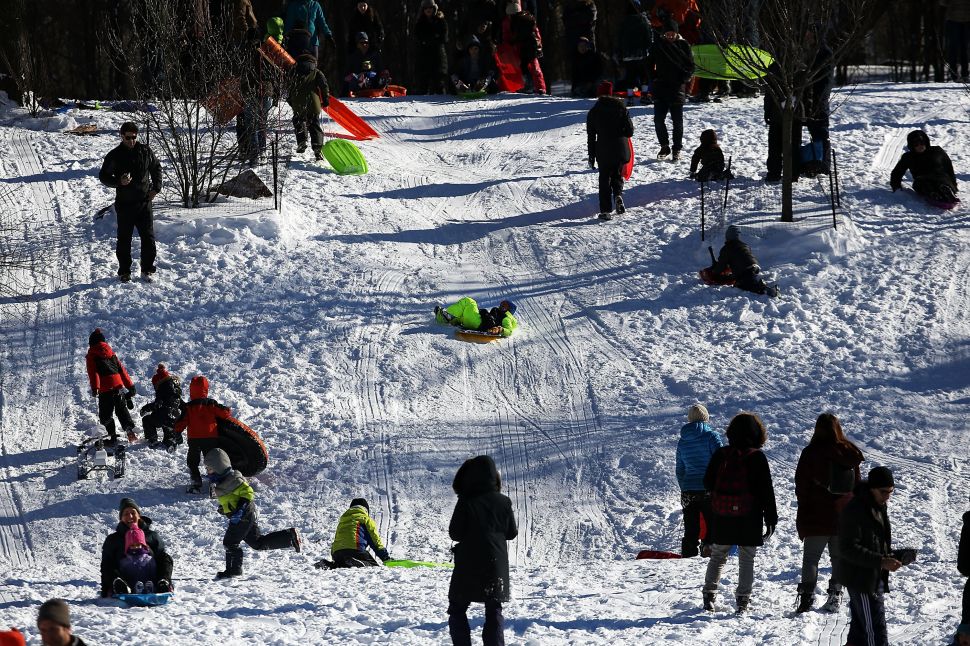