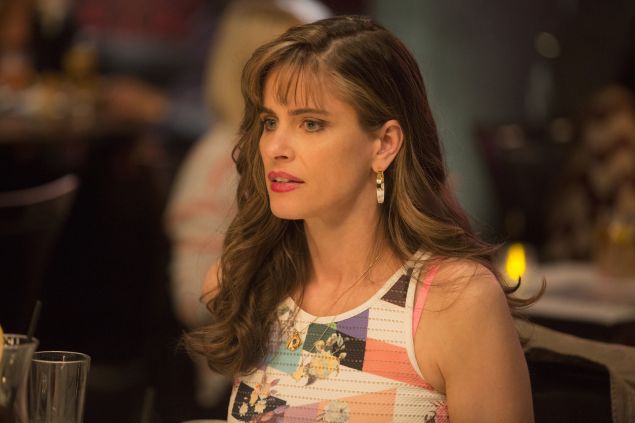 This is HBO, so an episode opening with a bunch of thrusting and clenched butt cheeks is pretty much par for the course. However, the faces are obscured long enough for us to assume that the tangle of limbs is Michelle and her charter school side piece David, consummating their slow burn flirtation in a two and half star Sacramento hotel.

But wait! It’s not Michelle and David at all! It’s a newly slim Alex getting down with a hot, significantly younger chick in his trailer. Plus, he’s clearly on an upswing given the fact that he doesn’t think anything of swinging his dick in the face of a production assistant charged with bringing him down to the set of the Anne Rice fever dream of a film called Blood Red set in New Orleans. The role involves Alex absolutely crushing his scenes while wearing vampire fangs, rollerskates, and a Susie from Curb Your Enthusiasm wig. It should also be noted that the series creators The Duplass brothers and Steve Zissis are all from The Big Easy, so way to get HBO to foot the bill for a trip home, guys.

Once he’s on set, Alex is surprised to find that Brett, Michelle, Tina and Larry have surprised him on his birthday. And together, his visitors are all a bubbling cauldron of upper middle class middle-aged malaise.

As it stands, everyone made some drastic choices during the season finale and had to live with it. Tina rejected Alex in favor of the comfort and security Larry can provide and in the off months, Larry sprouted the kind of mustache/sweater combo that reads more father figure than lover. Michelle gave in to the fact that David was giving her the kind of attention she was desperately craving from Brett and spent the night in a sweaty, carnal fuck spree before ushering him out the door of their adjoined hotel room so that she could spend the rest of the night wallowing in guilt before Brett showed up after spending the night stalled out in the desert. Oddly enough, Michelle didn’t realize Brett booked a room at the Radisson, the same hotel chain where she slept with David, until she was actually in the room. She somehow wandered past the outside sign and any signage in the lobby while in a fugue state and but can somehow pick out a hotel chain just from the furniture in the room. That’s gotta be a trick in a Vegas magic show.

During a shopping trip in an old antiques store, Michelle decides she can’t let the guilt fester any longer and blurts out to Tina that she slept with someone else. Despite silently relishing the fact that, for once, she’s not the fucked up sister, Tina urges Michelle to just bury that information. Take it to her grave. Let it churn in her gut until it turns into a giant knot or tumor. All of those options are preferable to telling the actual truth.

Of course, now that Michelle has said out loud that she needs to tell Brett, we know she’s eventually going to let this cat out of the bag and it’s going to be the emotional equivalent of a molotov cocktail. We’ve all seen television before.

In the meantime, Brett has had the grand revelation that he should actually be a present and attentive partner in his marriage. And in doing so, he presents Michelle with a “will you marry me again?” style engagement ring in a display that contains all of the pomp and circumstance of the medal ceremony at the end of Star Wars. Congratulations, Brett, you realized you shouldn’t sleepwalk through your marriage with your head stuffed firmly up your ass. Come get your cookie.

While Brett is mending the rift in his marriage, or at least attempting to given that he has no idea about his wife’s infidelity, he’s picking up on some growing discord between him and Alex. Brett’s spider sense starts to tingle during the scene when his old buddy throws a mild diva fit after one of his lines gets stepped on. Alex is different. And it’s not just the bravado brought on by the perpetually horny younger girlfriend and the hair plugs. He hasn’t been in touch with Brett the whole time he’s been on location, and blames it on his phone being broken. Perhaps Brett isn’t used to seeing Alex successful and confident, especially when he’s on the downswing, unemployed and working to get his marriage on track.

Tina is another one having a hard time taking in Alex’s professional and romantic upgrade. Sure, she rejected him when he was schlubby and aimless, and now that he’s on the upswing, she’s trying to reclaim the lost intimacy, and competing with Christy, Alex’s Gillian Flynn “Cool Girl” archetype come to life, in the process. And her grandiose, $4200 attempt to regain that connection, in the form of that old ship compass from the antique store for Alex’s birthday, doesn’t garner the intended response. Instead, she’s left lugging it through the streets of Nola, the physical manifestation of her psychic baggage and regret.

People are never more attractive than when they’re successful and no longer give a damn about you. Especially when they’re playing heroic rollerskating vampires, bound in green screen tights, when in all fairness, they’re probably better suited to play the schlubby sitcom dad’s best friend or the creepy social studies teacher from a Lifetime movie.

Something Tina doesn’t seem to realize that once you make your decision, there’s no going backwards. Sh rejected Alex. She broke his heart. He moved forward. She should do the same. Moving forward is your only option and the best you can hope for is that you make better decisions if and when you’re lucky enough to have similar circumstances present themselves. 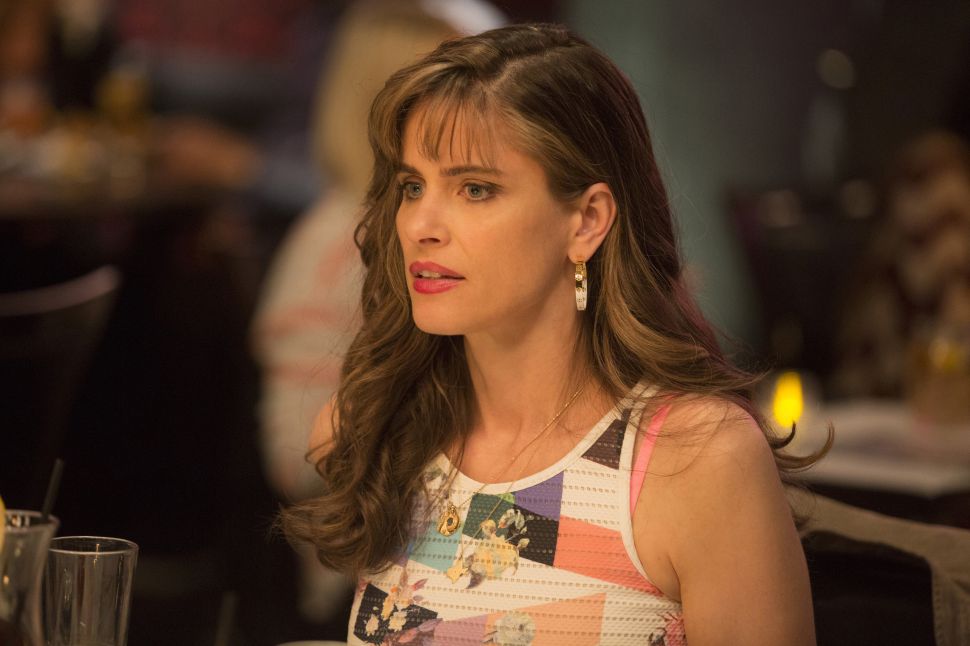