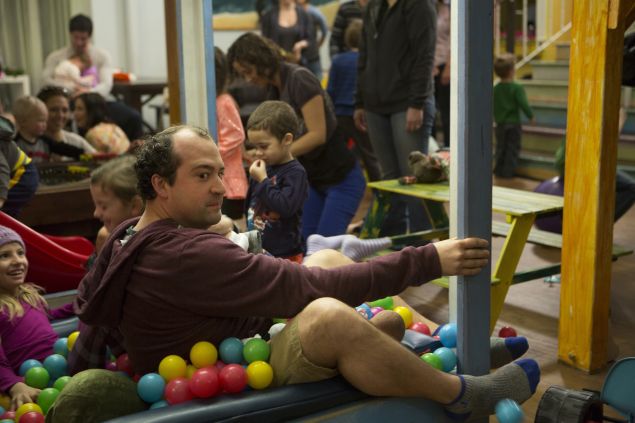 I gotta hand it to Mark Duplass, that was quite an effective trauma spew. It ranks up there with the time Adriana barfed all over the table in the FBI interview room when the agents cornered her into turning informant and snitching on Christopher. Glad we can count on HBO to satisfy all of our panic vomit needs.

And what caused Brett to do this Exorcist impression in the first place? Michelle’s confession that she had slept with David up in Sacramento while Brett’s electric car was stalled out, en route. The confession came just after the two rediscovered the intimacy that was gone from their marriage all throughout season one. Or rather, it came after the two retired from Alex’s surprise party to have loud sex, guests be damned, after making kissy faces at each other all night.

Kudos to both Duplass and Melanie Lynskey for making this second honeymoon period of their marriage seem to genuine and sweet. Extra credit goes to Lynskey for the few escaped flashes of repressed guilt bubbling up on her face.

And damn if the Herculean effort it took to repress her extreme remorse wasn’t apparent, including the brief flash of her fiddling with her wedding ring as she walked into the house and caught her husband and kids hanging the banner for Alex’s surprise party.

However, there’s a lesson adolescent men children have to learn. Sure, you out of the blue decide to be present in your marriage. Great. Congratulations. That doesn’t mean life wasn’t happening while you were completely checked out. And sometimes life takes the form of a salt and pepper city councilman who will gladly swoop in and give your wife all of the attention she’s been craving while they work on the noble task of founding a charter school together.

Speaking of that city councilman, David effectively put the final nail in his romantic coffin when he crashed a charter school planning meeting to pronounce his love for Michelle. The two adjourn to the car to finally have their post-coital state of the union address.

“It doesn’t look like anything,” David says about the two of them looking tense as hell, sequestered to a car in broad daylight, in plain view of all the other parents. Sure, dude. It’s there that Michelle rebuffs all of David’s overtures and effectively severs ties with her greatest ally in starting the charter school. So, not only did Michelle potentially throw a molotov cocktail on her own homelife, but she might have blown up the school as collateral damage. Who knew one seemingly explosive orgasm could have so many consequences?

Over at Larry’s house, Tina is living a cushy life full of hot tubs and infused waters. Of course, we all know that stability is Tina’s kryptonite as evidenced by the fact that she spends her hot tub soak freaking out to Larry and his increasingly skeevy mustache over whether she should attend Alex’s surprise party. Either Larry is actually oblivious to Tina’s obsession with Alex, or he just doesn’t care as long as he has some bikini-clad trophy lounging by his pool and keeping his dog company while he goes and play poker with Tom Hanks. The fact that he hasn’t reacted to any of Tina’s behavior around or about Alex with any iota of suspicion just seems weird.

However, in fairness, he didn’t actually see how Tina behaved at Alex’s surprise party, which involved some angry nipple-flashing and an angry movie game pissing match with Alex’s new girlfriend over Jennifer Grey. Seriously, guys, leave Jennifer Grey out of this. She’s been through enough.

To be fair, Alex’s girlfriend Chrystie and her vocal fry did get a few passive aggressive digs in about Tina’s age while the latter was giving a nebulous response about what she does for a living. Sure, the bouncy castle empire crumbled, but Tina’s living a life of hot tub leisure, with mild dogsitting responsibilities, so surely she’s doing something right. That being said, I’d definitely watch a whole show of Amanda Peet reciting Sex and the City lines to an unruly dog while she struggles to eat popcorn.

Brett notices that Tina is looking forlorn somewhere along her journey of downing seven tequilas and lets her know that he knows what she’s going through by relating a story about the time Alex thought he was hot shit when he nabbed the lead in a high school play when he was just a freshman. So, Brett is kind of used to his best friend abandoning him every time he’s on a professional upswing. Like, right now, when Alex is inexplicably cast as another vampire on a TV show, instead of playing, say, an assistant high school football coach or a recently divorced, clinically depressed single dad. However, Brett’s attempts to relate to Tina just make her defensive and further her drunken tailspin.

Tina eventually has it out with Alex’s and Chrystie and her vocal fry over shared sleeping space in the living room before having an explosive fight with Alex, who calls her a “tragic train wreck.”

As if to put an exclamation point on that remark, Tina stumbles off to her car and then crashes it into a tree. Alex then tips his hand by letting an actual moment of concern slip out and runs after her. 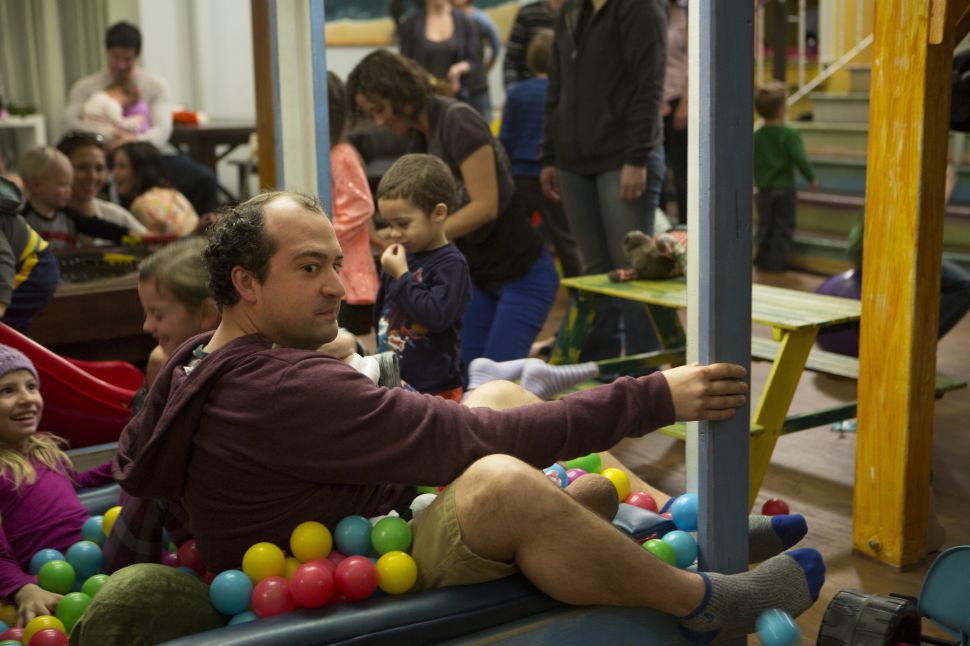