Last week, the Department of Transportation greenlit plans to install a dedicated bike lane on a one-mile stretch of Lafayette Avenue that runs between Fort Greene and Clinton Hill, but not the much longer section that extends from the edge of Bed-Stuy into Bushwick.

Back in 2010, the DOT had proposed running a buffered bike lane along the entire length of Lafayette, but opted instead for those bogus “sharrows”—road markings that have been shown to have a minimal effect on cyclist safety—in the face of community board opposition,

Crucially, this time around, the plan for the one-mile bike lane enjoyed the support of safety advocates, cyclists and Brooklyn’s Community Board 2, the last of which most likely proved the critical nod of approval. And while a spokesperson for the DOT told Gothamist that it was looking at options to extend the lane and could present plans to Bedford-Stuyvesant’s Community Board 3 soon, it’s hard to understand why what’s good for cyclists in Fort Greene and Clinton Hill shouldn’t be good for cyclists in Bed-Stuy. And for that matter why community boards should have any say at all when it comes to transit safety or citywide networks.

The result of transit NIMBYism is large and unnecessary gaps in the city’s bike lane infrastructure and poky local buses.

Certainly, it’s important that the DOT keep the public informed of its plans and take local concerns into consideration, but that’s where the influence should end. To be fair, the role of community boards in regards to transit matters is strictly advisory, but all too often, the DOT bows to local wishes.

This summer, in response to a question about why the DOT wasn’t trying to extend Brooklyn bike lanes further south into Community Board 9—a move that would make for a more cohesive network—Deputy Commissioner Ryan Russo told Streetsblog that the area was “literally disintegrating because of gentrification.”

The DOT similarly ceded to Bed-Stuy’s Community Board 3, which has not only been hostile to bike lanes, but also blocked a proposed slow zone in 2014 after the chairwoman dismissed traffic safety as “not an issue in our community, by and large,” in defiance of evidence that suggested otherwise.

Meanwhile, in Manhattan, a plan to add select bus service on 125th Street languished without community board support for years, despite the vast majority of locals being dependent on public transit and buses that regularly moved at less than three miles an hour.

The result is large and unnecessary gaps in the city’s bike lane infrastructure, poky local buses where there might have been express service and motorists who continue to barrel down streets where research has shown lower speed limits and traffic-calming measures would reduce pedestrian injuries and fatalities.

As Brooklyn Councilman Antonio Reynoso argued last fall when plans to create a Metropolitan Avenue bike lane were scrapped after Community Board 1 rescinded its support, “In cases where the evidence shows that [DOT planners are] gonna absolutely improve safety, we shouldn’t be asking for anyone’s opinion.”

We couldn’t agree more. City streets belong to the entire city, not just the people who live near them. What’s in the public interest (say, a functional bike network) might sometimes run counter to the local interest (like more parking spaces), but it’s the city’s role to ensure that the larger public interest is served. All too often, unfounded fears and carefully compiled data are given equal weight in the name of sensitivity and that shouldn’t be the case. When it comes to transit infrastructure and safety, there’s no place for NIMBYism. 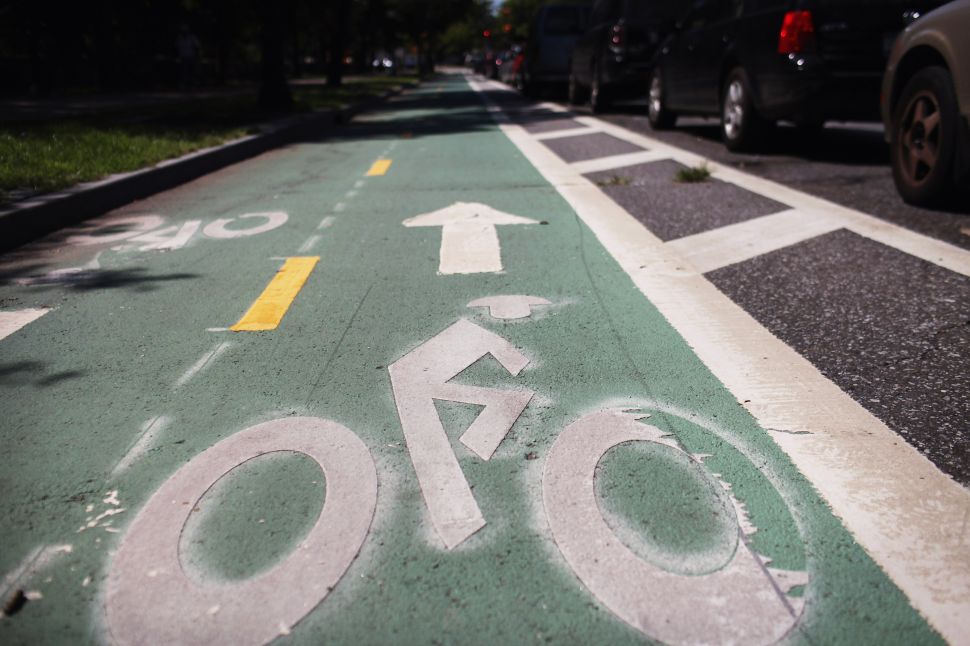