MANCHESTER, N.H.—When CNN, playing over the loudspeakers at Donald Trump’s victory party, called the New Hampshire GOP primary for the celebrity billionaire, there were enough whoops.

But after the brief celebration, Mr. Trump’s supporters returned to their conversations, milling around a packed ballroom while eating from plates of cheese and crackers. They were plenty excited, and also relieved that months of polling, and Mr. Trump’s own boasting, had delivered them a long sought after victory.

Some of this relief found its outlet in the occasional boo—like when CNN mentioned the names of Sen. Marco Rubio of Florida or Hillary Clinton.

As Elton’s John “Tiny Dancer”, a Trump campaign staple, played at the Executive Court Banquet Facility, Rose Baxter said she was in awe.

“I was pretty confident but I wasn’t sure, you know. I didn’t want to jinx it,” said Brian Sheil, a Trump volunteer from Watertown, Mass. “All the other GOP candidates, they think inside the beltway for the most part.”

Greg Brown, a land surveyor from Manchester, said Mr. Trump was fulfilling his dream of a businessman reaching the White House. He had hoped Mitt Romney or Ross Perot, the billionaire who ran as an independent in the 1990s, would be the men to do it.

“I feel relieved. I feel good. With New Hampshire, you never know. You just don’t know,” Mr. Brown said. “This guy has been wonderful with what he’s done for business. Imagine what you can do without your typical governmental politician.”

Mr. Brown said he was still “cautious” about Mr. Trump’s chances. “If he can pull in some other states, then yes, I expect him to go all the way.”

Edward Dunbar, a retired software engineer from Manchester, said Mr. Trump was the only candidate in the race who could “manage” the country.

“With being a multibillionaire, he’s prove he can do that,” he said. “It could be historic. It may be the country is going in a new direction which it has needed to go for some time.” 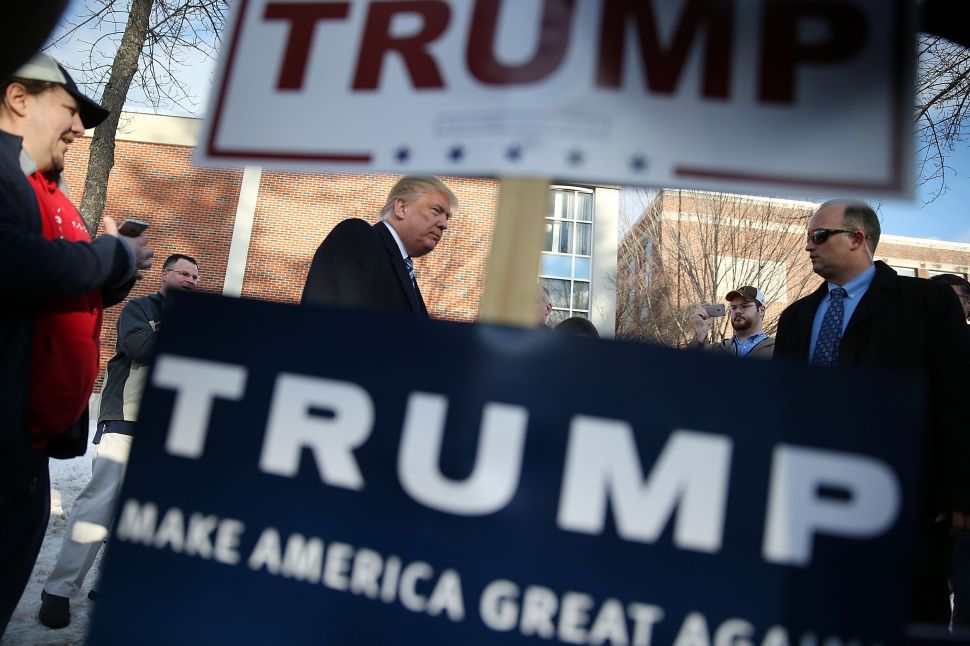