He’s no Damien Hirst, but of all successful British artists, perhaps the least likely is Prince Charles.

Although he describes himself as simply an “enthusiastic amateur,” according to British paper the Daily Express, Charles has raked in £6 million (about $8.7 million) from selling copies of his watercolor paintings. The money has gone to his charitable fund and to this date, he has never parted with an original.

Ms. Walford, whose gallery exhibits and sells the Prince of Wales’ paintings, told the Express his work is globally sought after, and a print of one of the rarer pieces can cost up to £15,000 (about $21,000). The approximate annual salary for an artist in the U.K. at the moment is about £10,000 (about $14,500). But Ms. Walford admits that Prince Charles’ royal status does drive up the price.

Nonetheless, Britain’s heir is deeply passionate about his hobby and has been taught by famous watercolorist Edward Seago and portrait artist John Stanton Ward. Unsurprisingly, his favored subjects involve the rolling English and Scottish countryside found in places like Sandringham and Balmoral, vistas he’ll paint during quiet retreats to one of the royal estates.

In a documentary filmed called Royal Paintbox, Prince Charles, who was bullied as a child, described painting as transporting him “into another dimension which refreshes parts of the soul which other activities can’t reach.”

Despite the Prince’s evident enthusiasm, not everyone is complimentary about his work.

“Merely ordinary- and obviously amateur,” is how Guardian art critic Jonathan Jones described his paintings in an article published last week. ”You’d have to be a very strong royalist indeed to pay out for one.”

Nick Harrison Jones, an art teacher and watercolor painter, takes a more generous attitude. He told the Express that while his paintings are technically flawed, “if [he] didn’t know it was Prince Charles I would say it is an artist with some skill who is still developing.”

Three years ago the Prince published digitized versions of 130 of his paintings on his website, so you can visit and judge for yourself. 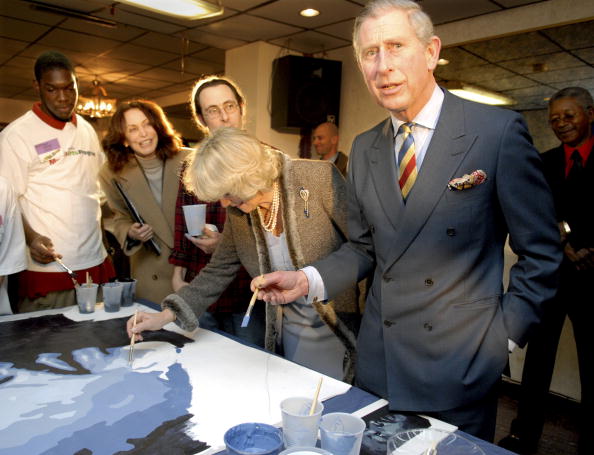