Uber has been in the headlines a lot lately, but it hasn’t been good news. The company has been accused of being sexist, sabotaging the competition, abusing drivers and much, much more.

To recap, here are 10 of the things Uber has come under fire for over the last few years.

In august 2014, Uber equipped a reported 177 “brand ambassadors” with burner phones and credit cards for the purpose of requesting rides from Lyft and canceling them moments later. In total, 5,560 fake Lyft rides were reportedly submitted by Uber employees. The company flat-out denied it and accused Lyft of foul play, but The Verge supported the claims with internal documents they obtained as well as interviews from former and current Uber employees.

“What’s simply untrue is that not only does Uber know about this, they’re actively encouraging these actions day-to-day,” one Uber contractor told The Verge.

Rather than strive to beat their competitors with excellent service, Uber took a different route. In a 2014 Vanity Fair profile, CEO Travis Kalanick admitted Uber executives attempted to derail their biggest rival’s upcoming fundraising round.

3. Fired 15 people by emailing them in Comic Sans

In December 2015, 15 drivers were fired via the Internet’s most-hated font after they misused a promo code. As the Observer reported, the code was apparently only meant for full-time Uber employees, one of which distributed the code, “UberEmployee17,” through an office group chat monitored by managers. Drivers used it, unaware they were not permitted to do so. This led to their terminations.

The following month, the company fired more drivers who had possession of the code but never used it. They opted for phone calls during that round of firings.

In November 2014, Uber’s senior vice president Emil Michael suggested Uber hire a team of opposition researchers—equipped with a million-dollar budget—to dig into the personal lives of journalists who reported negatively about the company in order to dox, target and harass them and their families. One of his main targets was Pando founder and editor-in-chief Sarah Lacey, who had reported on the company’s sexist and misogynistic ways. Further proving her point, Mr. Michael said he thought Ms. Lacy should be held “personally responsible” if passengers who head Ms. Lacey’s advice and stop using Uber are sexually assaults by taxi drivers. Mr. Kalanick apologized on behalf of the company, but Mr. Michael didn’t lose his position.

5. Teamed up with shady partners that would most likely hurt vulnerable drivers

Last year, Uber partnered with Westlake Financial and its subsidiary, Wilshire Consumer Credit, which has a dubious reputation of providing predatory auto title loans. Because Uber was having trouble retaining drivers, it looked to recruit from the bottom of the socioeconomic stratum, where people are most in need of extra income and have bad credit scores. These very people are most likely to be abused by Westlake’s high-interest auto financing which features interest rates as high as 24.99 percent. And on top of  that, Westlake Financial, had just been slapped with $44 million in fines and restitution for “deceiving consumers by calling under false pretenses, and using phony caller ID information, falsely threatening to refer borrowers for investigation or criminal prosecution, and illegally disclosing information about debts to borrowers’ employers, friends, and family.”

In January 2015, Uber slashed fares, claiming cheaper rides would increase demand and subsequently drivers’ paychecks. It was bogus, and it didn’t play out how they claimed. A year later in 2016, Uber cut fares again by as much as 45 percent in some places. Drivers have reported earning just a few dollars per hour, and that’s before they pay for their gas, maintenance and other expenses. Many are earning negative money driving for Uber. Now, they’re turning off their apps and protesting.

7. Blocked drivers on Twitter for speaking out about fare cuts

In an attempt to be heard regarding the most recent fare cuts, drivers have also reached out to the company on social media, but Uber is shutting down that channel of communication. The Observer talked with drivers who say they’ve been blocked by Mr. Kalanick on Twitter. One driver is Dave Craige, who Uber can’t write off as just another “independent contractor” like they do the rest of their drivers. He’s personally met and worked with Mr. Kalanick and helped expand Uber to Denver in 2013.

8.  Exhibited sexism and misogyny over and over again

The senior vice president’s comments toward journalist Sarah Lacey are only one piece of Uber’s sexist puzzle. The CEO has openly referred to the company as “Boober.” An ad campaign for Uber France featured lingerie-clad women and promised passengers 20 minute rides with models. There’s also the alleged slut-shaming of female passengers who accused drivers of assault.

9. Tricked us all with puppies

Uber has a habit of launching backhanded feel-good campaigns. Last October, the company promised free rides for an entire city to celebrate a college football win they knew wouldn’t happen. They recently prompted passengers to make donations for Veteran’s Day and AIDS Day and tacked on a “processing fee.” Everyone freaked out when they delivered puppies for the first time, but it came off as a distraction from recent missteps, including the relaunch of a New Delhi driver who kidnapped and raped a passenger. Former Observer writer Jack Smith put this into perspective in an article titled, “Let’s forgive Uber’s egregious behavior because they delivered puppies.”

You probably heard that you can make $90,000 annually by driving for Uber X. The company advertised this for a while, but it’s a myth. It turns out that Uber drivers hardly make more than cabbies. Realistically, a driver would have to work nearly 70 hours a week with no vacation or sick time to earn the reported amount. Even driving those extreme hours, that salary would only be possible in NYC, which is by far the most lucrative Uber market in the U.S. Additionally, that number didn’t account for what drivers spend in gas, maintenance, insurance and car payments. A ton of drivers signed up because of this amazing pay only to be disappointed. 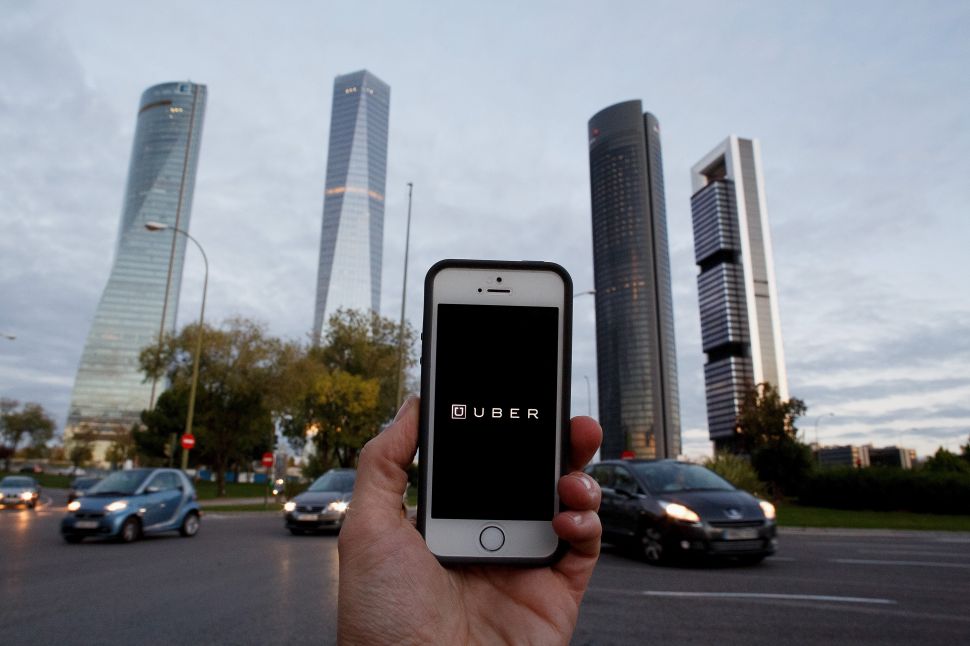