Remember Fleetwood Mac’s 1987 “Tell me lies, tell me sweet little lies”? Eight academic departments invited Jasbir Puar to Vassar College and she told students lots of lies. They were neither sweet, nor little.

Ms. Puar’s talk this past Wednesday evening was titled “Inhumanist Biopolitics: How Palestine Matters.” The Rutgers’ Associate Professor of Women’s & Gender Studies has been busy telling lies, presenting a version of this lecture from Poughkeepsie to Santa Barbara. Her incendiary, unbalanced hate speech masquerades as scholarship. In typical postcolonialist fashion, she ignores the facts and twists reality in favor of delusional fantasies to promote her spurious agenda. Disguised behind a plethora of pseudo-intellectual jargon, she presents bigotry all too reminiscent of 1930s Europe to demonize Jews.

I was there, listening to her reading from her computer in a monotone voice. Her lack of emotion contrasted sharply with the hatred she expressed. Let me give you a taste of her slanderous distortions and demonizing lies about Israel.

With no documentation or specific evidence, Ms. Puar asserted that Israel’s ultimate goals are ethnic cleansing of Palestinians, stealing of Palestinian land and entrenchment and expansion of suffocating Israeli power. Israel’s “settler occupation” (her term) which she calls the “second Nakba” (catastrophe) is all about using “asphyxiating” biopolitical control over body and environment to suppress the Palestinian people. To this end, she claims Israel uses scientifically executed “maiming” and “stunting.”

She described the end goal as not just ethnic cleansing, but also the ‘cannibalism of a culture.’

“Maiming” means shooting to intentionally cripple, shattering knees and hitting vital organs (an obvious contradiction) to minimize death statistics and ensure that Palestinian workers can be profitable without threatening the occupier.

“Stunting” is used to permanently debilitate and disable the Palestinians. This is achieved through population poisoning with uranium, lead and phosphorus and “calorie starvation” in children. Through Israel’s actions, it is creating physical, psychological and cognitive injuries by controlling infrastructure, , electricity and land, restricting mobility and limiting telecommunications. Her personal observation is that 95 percent of Palestinians are permanently disabled.

Even congenital disabilities are blamed on the Israelis and, incredibly, Ms. Puar held Israel totally responsible for the collapse (via “remote home control”) of essential services in Hamas-controlled Gaza, which she called an “open air prison.”

Ms. Puar’s libelous accusations included Israelis killing Palestinians to harvest their organs, a version of the age-old anti-Semitic “blood libel,” experimentation on Palestinian children, “field assassinations” of 120 Palestinians, ages 12-16, in the last four months, and the intentional bombing of Palestinian hospitals and nursing homes.   She labeled Israel an apartheid state that uses its world-renowned reproductive technology to control population demographics by collecting genetic data to identify who is Jewish and specifically targeting Palestinian procreative organs. Paradoxically, she bragged that the Palestinian birthrate is triple that of the Jewish Israelis.

Ms. Puar concluded that Israel is imposing a collective punishment on helpless Palestinians through psychic, bodily and mobility impairments, all elements of biopolitics. She described the end goal as not just ethnic cleansing, but also the “cannibalism of a culture.”

‘One has to belong to the intelligentsia to believe things like that: no ordinary man could be such a fool.’

When asked whether Israelis were creating a slow-motion genocide, she agreed Palestinians are dying a slow death, but insisted the term “genocide” remains “tethered to the Holocaust” and its use is not allowed since Jews have hijacked discourse regarding trauma and victimhood.

This lecture was hate speech, pure and simple, demonizing the Jewish nation like Goebbels and Hitler, perpetuating the anti-Semitic “blood libel” and blaming Israel for all the evil in the world. Shades of Der Sturmer or Mein Kampf.

A hundred students sat in rapt attention, many nodding approvingly and, by their questions, indicated agreement with her message. Far worse was the utter silence of the half dozen Vassar faculty members present. Not one stood up to challenge the baseless lies and unadulterated exaggerations within Ms. Puar’s hour-long diatribe. Not one. Behind me sat Peter Antelyes, director of Jewish Studies, and Joshua Schreier, its former head. When I asked Mr. Schreier whether he believed Ms. Puar’s outlandish accusations, he responded, “You prove to me that anything she said wasn’t true.” I was stunned.

How could Vassar American Studies, Africana Studies, International Studies and Women’s Studies programs and the English, Political Science and Religion departments sponsor such a lecture, especially since Ms. Puar spoke at Vassar in 2012? And how could they do so without also offering an opposing view?  These academics’ sponsorship was an endorsement of hate speech against Jews, setting an example for students to follow.

But the most unkindest cut of all is the sponsorship by Vassar’s Jewish Studies program. Surely one would think that Jewish Studies faculty, familiar with the 2000-year history of Jewish persecution, would recognize blatant anti-Semitism. Is it too much to expect them to have the moral integrity and principles to refuse to sponsor this rank anti-Semitism and to debunk the demonizing lies? Have their brains been hopelessly addled by their ideological obsession with the postcolonialist view of Israel as a foreign Western colonial power victimizing “indigenous” Palestinians?  Would the Africana Studies program endorse the views of a Klansman or the Women’s Studies program host Ray Rice?

This is not the first time that Jewish Studies has supported anti-Semitic speech, and the Observer has covered anti-Israel activism at Vassar before. The school sponsored Judith Butler (2013) advocating the elimination of Israel via BDS, Max Blumenthal (banished from the German parliament for anti-Semitic rants), Ali Abunimah (2014) promoting ethnic cleansing of Jews from the Middle East, and Sa’ed Atshan (2015) demonizing Israel as “apartheid.” But this latest event marks a new level of disgusting.

George Orwell in his 1945 “Notes on Nationalism” observed, “One has to belong to the intelligentsia to believe things like that: no ordinary man could be such a fool.”

Ziva Dahl is a fellow with the Haym Salomon Center. She has a Master of Arts degree in public law and government from Columbia University and an A.B. in political science from Vassar College. 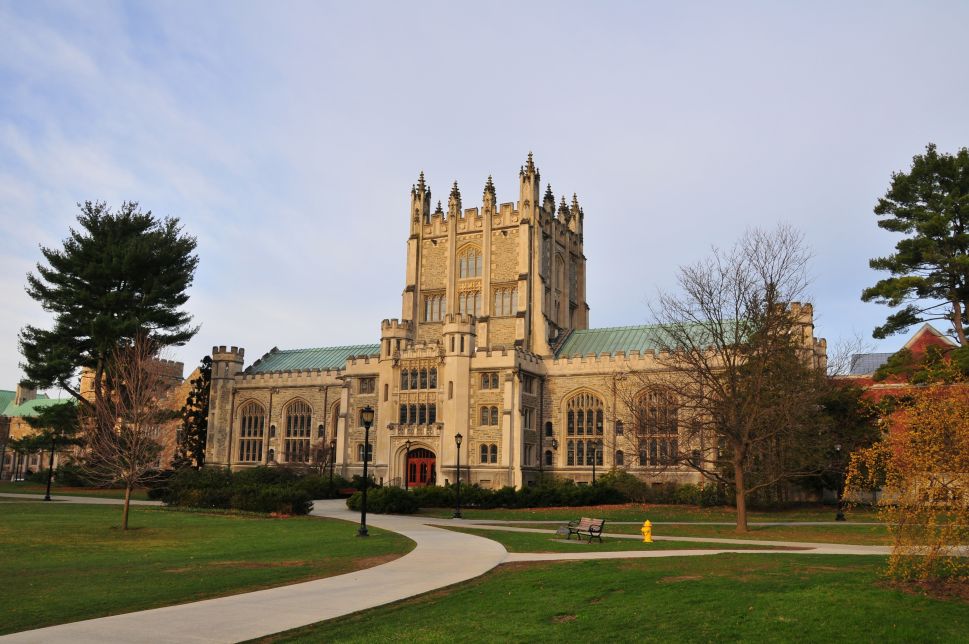