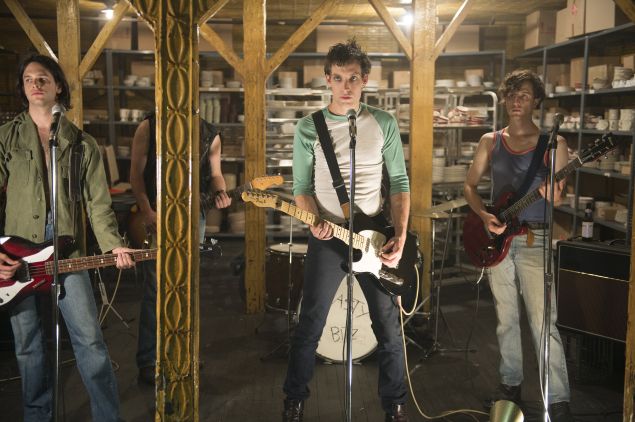 Have you ever seen Enter the Dragon? If not, you have probably at least heard (or seen on Tumblr) the quote “You could call it the art of fighting without fighting,” lifted from the film’s most famous scene. In it, an antagonistic New Zealander named Parsons tries to pick a fight on a boat with Lee (as in Bruce, comma). Lee is happy to show Parsons his style of “fighting without fighting,” provided they move to an adjacent beach miles from the boat. Parsons, being the dick he is, quickly agrees and boards a small dinghy. Lee tows the dinghy out to sea, leaving Parsons stranded, shaking his fist from afar. The lesson is clear: Brains over brawn, grace over blunt force. The most surefire way of winning a fight is to avoid a fight in the first place.

I assume a combination of cocaine, concussion, and a dash of PTSD blurred this lesson slightly for Vinyl‘s Richie Finestra, or he missed it all together throwing kicks in a movie theater aisle. That’s where we find him, fresh from the building-destroying New York Dolls show, red-eyed and practically foaming at the mouth during a late-night showing of Enter the Dragon and in no mood to fight without fighting. He wants to fight, hard, with everyone from the elderly theater usher to the partners buying American Century. Looked at as a straight continuation of the two-hour pilot, “Yesterday Once More” highlights the ways Richie on and off the wagon is day and night. Sober Richie had won; he was selling his life’s work for millions and retiring to a beautiful wife and family. He was out of the fight.

But after one bad night, Richie is back to being a man stranded on a sinking boat, screaming and pretending he’s tougher than he actually is.

Last week I talked about how “Richie Finestra, large-and-in-charge record exec” was a mask hiding a dedicated–and occasionally scared–fan of the music. Now we know that it was drugs securing the mask that much tighter, and amplifying the performance up to 11. Drugs are the megaphone in front of Richie’s genuine desire to find not “good” music, but music that’s going to change your life. So Richie bursts into the office with three things on his mind 1) The decision between a Black Sabbath tee or a Pink Floyd tee 2) Doing a line of coke straight off his office’s TV set and 3) absolutely demolishing the deal between American Century and Polygram. And not even in that order.

I appreciate a ton of things done in this episode by the cast (and sole writer Terrence Winter), not the least of which is the manic energy throughout every performance, not just this unleashed wild-man model of Richie. None of Vinyl works of any of the players show face, because Vinyl isn’t taking itself as seriously as I believe a lot of critics are. Think about when Richie, veins practically bursting out of his neck, challenges his A&R team to find a song that makes you want to “dance, or fuck, or go out and kick someone’s ass!” The key thing here is that outside the vague generalities, Richie genuinely can’t tell his team what he actually wants; it’s just heightened emotion, something that you can’t really describe, and might not be technically sound, but does cause produce a certain feeling in your stomach. That’s Vinyl. As a certain frontman/executive-producer once said, “It’s only rock and roll, but I like it.”

I hear hurricanes a’blowing.
I know the end is coming soon.
I fear rivers over flowing.
I hear the voice of rage and ruin.
-Creedence Clearwater Revival, “Bad Moon Rising”

Of course, some are less on board with Richie’s newfound company direction than others. Ray Romano, who admittedly wasn’t given much to do in all two hours last week, still continues to shine as Zak Yankovich, primarily by serving as the polar opposite to Richie. His Eeyore to Richie’s coke-fueled Winnie the Pooh, if you will. Because there’s no mask on Zak–he’s a businessman through and through, and now we know why. He’s got extravagant bat-mitzvahs to pay for, and a wife so controlling she snarls “You’re peeing, again?” when Zak gets out of bed. It’s not about the music for Zak, it’s about leaving the music behind, because any semblance of the rock n’ roll lifestyle Richie preaches has been utterly drained out of Zak. Whether that means somehow salvaging the Polygram deal, or overdosing in his garage, remains to be seen.

Not so for Jamie Vine, who is still trying to convince Richie–and herself–that the Nasty Bits are worth any amount of time. Julie Silver isn’t buying it but, like Richie, his senses are a bit dulled right now. But he can still here, and the Nasty Bits do still sound like shit live. “You’re supposed to sound like you’re playing the same song at the same time,” he offers up as advice both technically correct and missing the point entirely.

Shiny, shiny, shiny boots of leather
Whiplash girlchild in the dark
Comes in bells, your servant, don’t forsake him
Strike, dear mistress, and cure his heart
-The Velvet Underground, “Venus in Furs“

Regarding this week’s flashbacks, let me begin with this: Of all problems Vinyl needs to fix before its guaranteed season two, the biggest is on whoever casts real life musical figures. I’ve stumbled drunk into downtown karaoke bars and seen someone do a better Lou Reed.  As for the substance? I was hoping our jumps to Andy Warhol’s Exploding Plastic Inevitable events would add some depth to Devon Finestra, but they might have somehow made the pool shallower. It’s not that Devon and Richie’s story is cliche–a LOT of Vinyl is cliche–it just feels uninspired, a strange term to describe anything that happened in Warhol’s Factory.

But maybe that’s the point? You hope there’s something more to Devon’s story other than a former-free-spirit whose fun ended because of a man and a baby, but when there isn’t it puts present-day Devon into perspective. She missed out on a more interesting story because she fell into Richie’s orbit. “Those were such happy times and not so long ago,” faux-Karen Carpenter sings in Devon’s front seat. “How I wondered where they’d gone.” The problem is Devon’s happy times were so long ago, and leaves a lot more time for wondering; so much time that she’ll accidentally leave her kids in a diner, so lost is she in a time when Andy Warhol himself wanted to memorialize her on film. It says so much Devon only agrees with Richie’s permission.

I have to be myself and do my thing
A little soul can’t do no harm, yeah
Everything I do gohn be
Funky from now on, yeah
-Lee Dorsey, “Everything I Do Is Gohn Be Funky“

Once the combined high wears off, Richie crashes back to Earth like the Mercer Arts Center. Remember, not a week ago he murdered someone. “I’m a bad person,” he cries in the arms of Devon. He’s right, of course, for the most part, but not for the reasons Devon knows about. But the flip has switched. Without his chemical numbing agents, Richie is forced to face not only the things he’s done, but the life he just gave up–a life where he was clean, where he had won, and his only highs were his family and the music.

So of course, of course, this leads him back to Lester Grimes in this episode’s final moments. After all, what moment in Richie’s life was more pure than behind that bar, when he heard Lester’s voice for the first time? Once upon a time fledgling agent promised a young singer he’d get to sing the blues. Luckily, with all the shit both men have seen and gone, the blues should come a little more naturally these days. 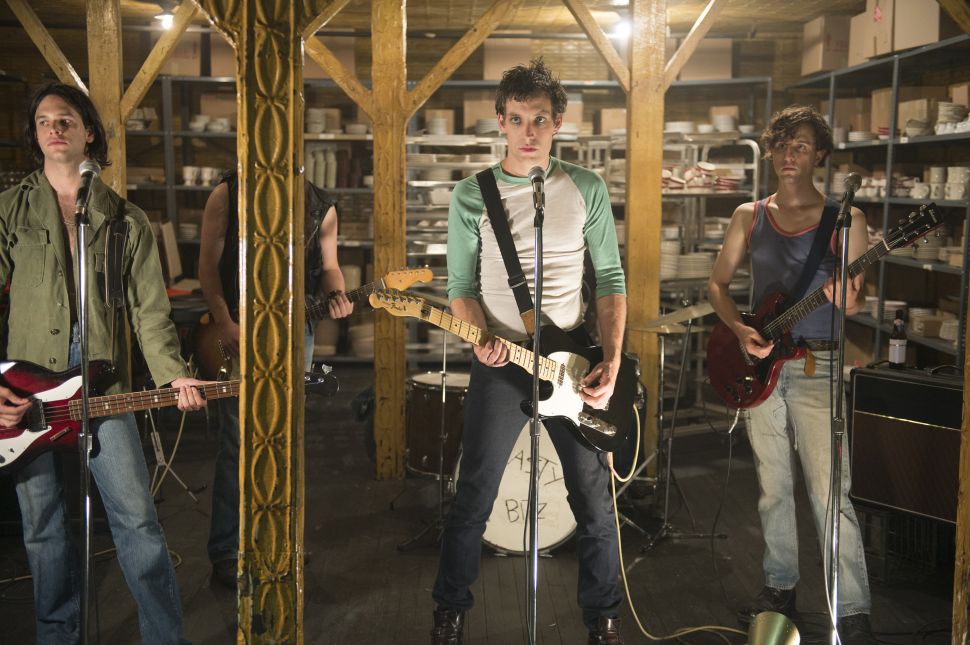