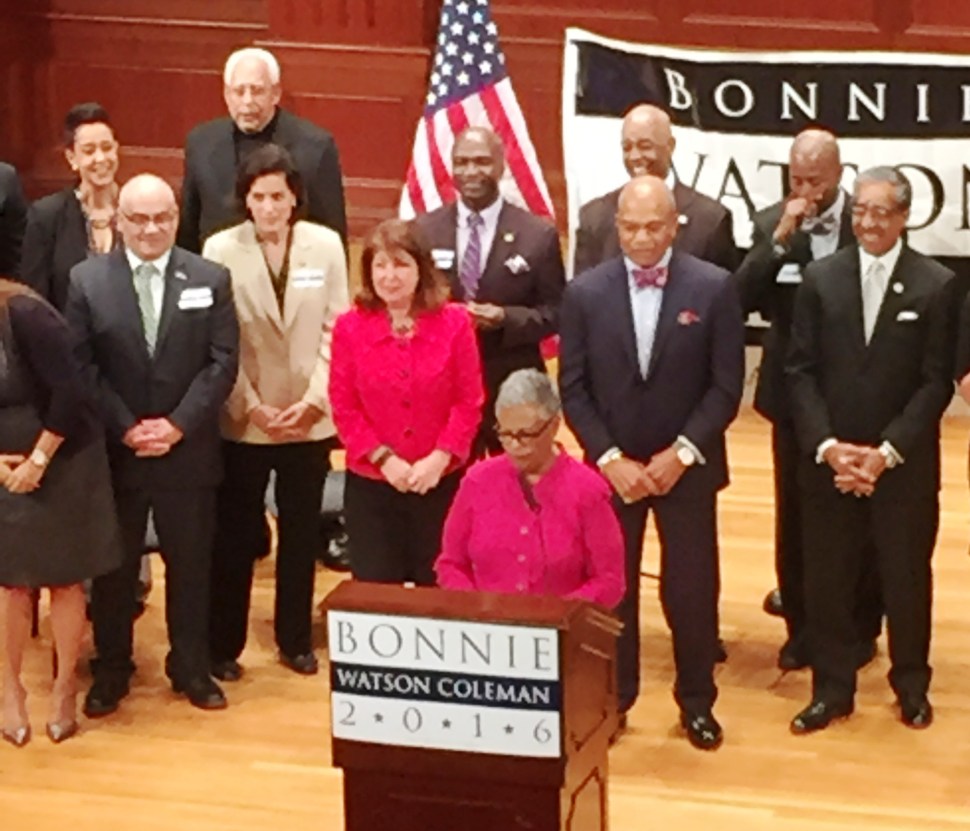 Kicking off early with a muscled up gym-setting campaign event to smother the potential for anyone to get the idea of challenging her, U.S. Rep. Bonnie Watson Coleman (D-12) formally announced her reelection bid today at the College of New Jersey in her hometown of Ewing.

“Labor,” said the Democrat, who in 2014 beat Senator Linda Greenstein in the Democratic-leaning district to get the nomination of her party. “It isn’t difficult to be a strong supporter and voice for labor because you’re taking about every day people.”

Back benched in a Republican-dominated Congress, Watson Coleman seized on the opportunity of friendly surroundings to slam dunk an assortment of her favorite issues: affordable health care, safe and clean affordable housing, our children walking the streets safely and not worried about gun violence.

No one from either party has stepped forward this year to challenge her. She whipped Greenstein in a four-way race in 2014: 42-28%.

“We have a responsibility to stand up,” said the congresswoman, who had $119,826 in the bank as of the end of last year. “There are barriers where we thought we had already won. Dismantling opportunities for access to vote. We can’t afford that. It is not about the one percent it is about the ninety nine percent. Our issues are many. Minimum wage, paid sick leave. We are a country of immigrants and we should not be disrespectful to anyone.” 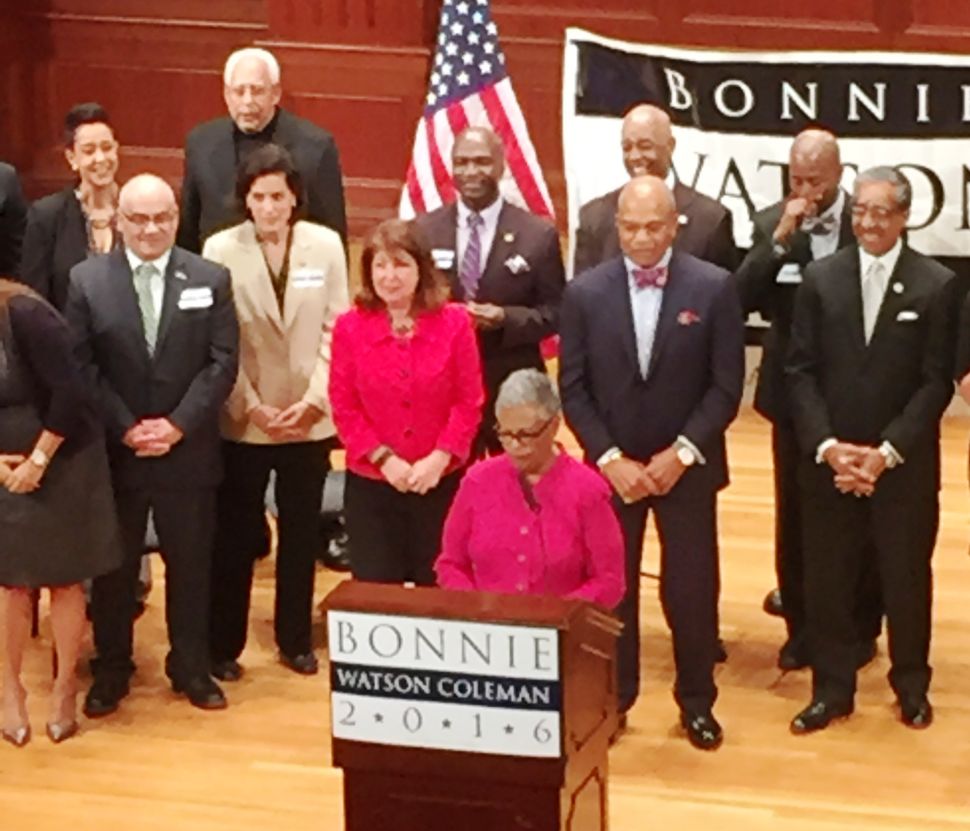