“I thought a lot of that speech was directed at me,” said Senate President Steve Sweeney (D-3) beside Senators Loretta Weinberg (D-37) and Paul Sarlo (D-36). Christie’s speech took aim at public workers’ benefits, which he described from the podium as “platinum level” and a burden on the state budget. Sweeney is pushing a ballot question to introduce mandatory quarterly pension payments and avoid another round of missed payments like the $2.4 billion Christie neglected to pay into the pension fund in May of 2014.

“We can pass a budget. TTF is something separate.”

Sweeney joined Weinberg and Sarlo in characterizing the speech as a welcome invitation back to the bargaining table, but all three called his casual glossing over of the Trust Fund irresponsible. Christie claimed during the address that Democrats want to fund the Trust Fund “on the back of taxpayers by imposing a hike on gas prices without any discussion of tax fairness.”

“I got a signal that we don’t have a problem,” said Sweeney of Christie’s brief mention of the transportation issue, which may still see a compromise where an increase in the gas tax would be accompanied by cuts to the inheritance tax. “We need to have a conversation with him, and not one where the Democrats throw something out on the table for the governor to reject,”

“TTF is critical,” Sweeney continued. “None of us want to talk about taxes. It’s not popular. No one likes it. But I can tell you people want their commutes improved.”

Weinberg echoed Sweeney’s call for a gas tax increase, though she did offer measured praise for this year’s pension payment clearing the bar and his use of the term ‘reproductive services.’

“He comes back today and everything’s taken care of. The state is in fine shape. Somehow we don’t need any more money for the Transportation Trust Fund,” Weinberg continued. “I tried to do a calculation of how many of those days he was actually in New Jersey.”

“Maybe the New Jersey side of him has come back,” she said of his willingness to embrace women’s issues now that the campaign is over. 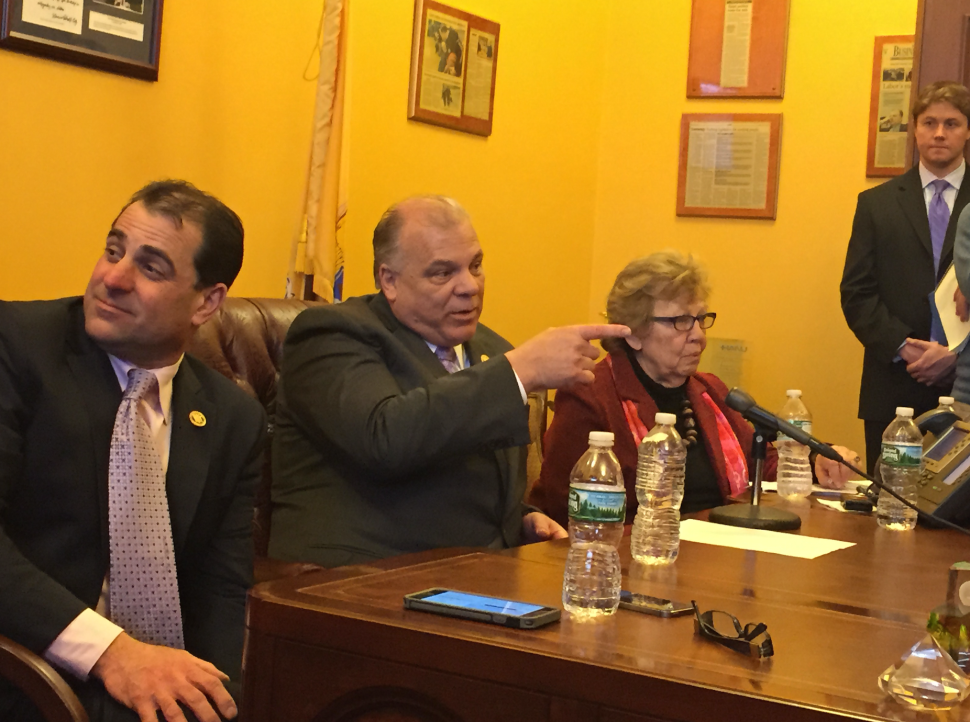