COLUMBIA, S.C.—Ted Cruz probably summed up this unprecedented Republican primary as best anyone could tonight.

“It’s been a wild and woolly ride,” the Texas senator said, standing on stage in an airport hangar a few miles from the state capital. “Y’all have been subjected to millions in attack ads, millions of TV ads, millions in radio, millions in mailers, millions in phone calls. All of the nonsense. You know what? The time for that media noise is over.”

Maybe for Palmetto State Republicans, who go to the polls tomorrow and are expected to turn out in record numbers, but for the rest of the country—and South Carolina Democrats set to vote in another week—the noise is only just beginning, and it’s getting a lot louder.

In past presidential cycles, pundits have been quick to declare certain states “gateways” or “firewalls” that will separate contenders from pretenders and tell voters elsewhere who exactly is on their way to becoming president. South Carolina, the so-called gateway to the South, will play that role tomorrow, even if such a concept no longer makes much sense for 2016.

Polls show Donald Trump, as always, in the lead, with Mr. Cruz closing in. Sen. Marco Rubio of Florida is in third and Jeb Bush, the former Florida governor and one-time Rubio mentor, is in fourth. There’s a strong possibility that’s how the candidates all finish on Saturday. There’s a distinct possibility, too, that someone surprises—maybe Mr. Cruz, who is making as hard a sell to the large number of evangelical voters as any candidate in recent memory, holding prayers at campaign rallies and allowing Duck Dynasty star Phil Robertson to declare unapologetically, and erroneously, that the reason people suffered under Nazi Germany, Communist Russia and Imperial Japan was because all the regimes weren’t Christian enough.

Like Mr. Cruz himself pointed out tonight, he had consistently trailed Mr. Trump in the Iowa polls before pulling out a win there. “You watched on TV, one after the other, who’s going to win? Trump, Trump, Trump, Trump, Trump. The one thing they forgot is the voters,” he said at the campaign rally in West Columbia.

If Mr. Trump wins here like he did in New Hampshire, he will cement his status as the front-runner for the Republican nomination. If he loses, there will be grumbling that his Granite State dominance was a fluke. But a loss in Iowa didn’t slow the celebrity billionaire, and like Mr. Cruz, he is well-suited to scoop up a significant number of delegates in the Southern states that vote en masse on March 1. Whether he can actually cobble together the delegates to ultimately win the nomination remains an open question.

For both men, the two outsiders the GOP establishment fears, it will be full steam ahead, regardless of the outcome. One is an archconservative, a Club for Growth dream candidate, and the other threatens to upend much of what Republican Party elites have hoped the party could stand for. Either way, don’t believe the hype here: if they finish first or second, in whatever order, it won’t mean as much as everyone says it will.

That leaves the two Floridians and the two also-rans, Ben Carson, who should be ready to drop out soon, and Ohio Gov. John Kasich, who is banking on winning Michigan and Ohio next month. Mr. Rubio has the backing of three powerful locals: Gov. Nikki Haley, Sen. Tim Scott and Congressman Trey Gowdy. In theory, this should make him some type of front-runner, but he’s never polled higher than third and the best even his aides are hoping for is an unexpected second place showing. Regardless of what happens, Mr. Rubio will probably stick around for a while as nervous donors look to him to stand up to Mr. Trump and Mr. Cruz when larger, more moderate states vote in mid-March and April.

If South Carolina and its 50 delegates—1,237 are needed to lock up the nomination, and it’s no longer clear any one candidate will be able to get there before the July convention—matter at all to the complexion of the race, they will be crucial for Mr. Bush. This may be his last hurrah. As radio ads of his president brother boosting him play on a seemingly eternal loop, and his mother and Sen. Lindsey Graham of South Carolina do their very best to save him, Mr. Bush is trying to avoid another embarrassing finish after he and his super PAC outspent the field. Assuming Mr. Rubio is able to finish ahead of Mr. Bush, there won’t be any real rationale for his campaign to go on.

It would be quite the fall for a one-time front-runner who promised to “shock” and “awe” the field a little over a year ago. Mr. Rubio would clearly benefit, but he’ll need more than a Bush exit to give himself a real chance at toppling Mr. Trump and Mr. Cruz.

For Jeb, Saturday will be critical. For everyone else? There’s a whole lot of campaign left, and many more chances for a state to prove decisive. South Carolina will have its day and the media will move on. 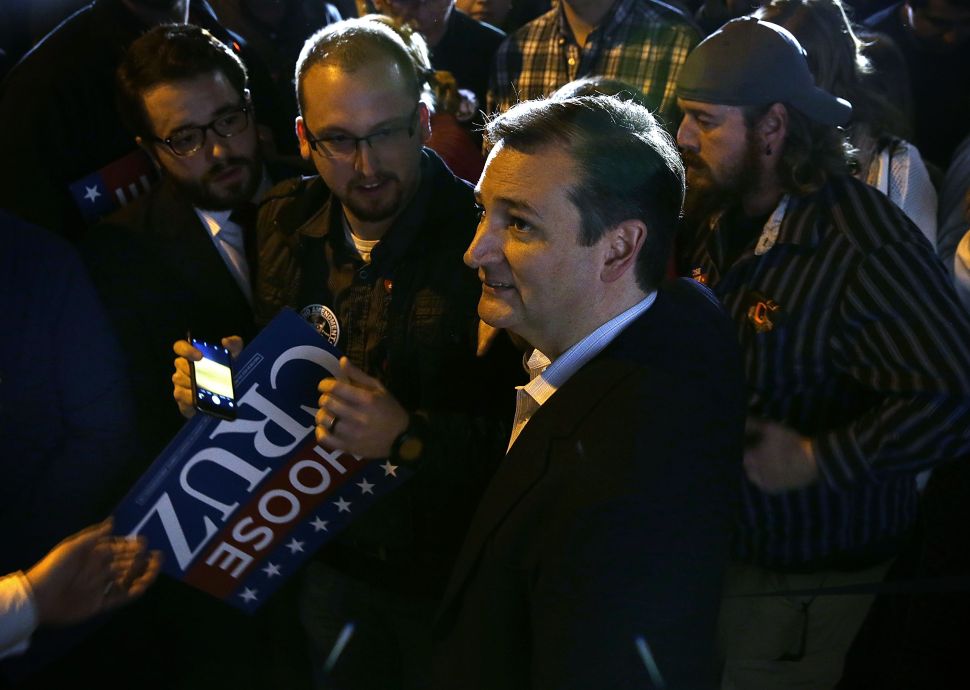