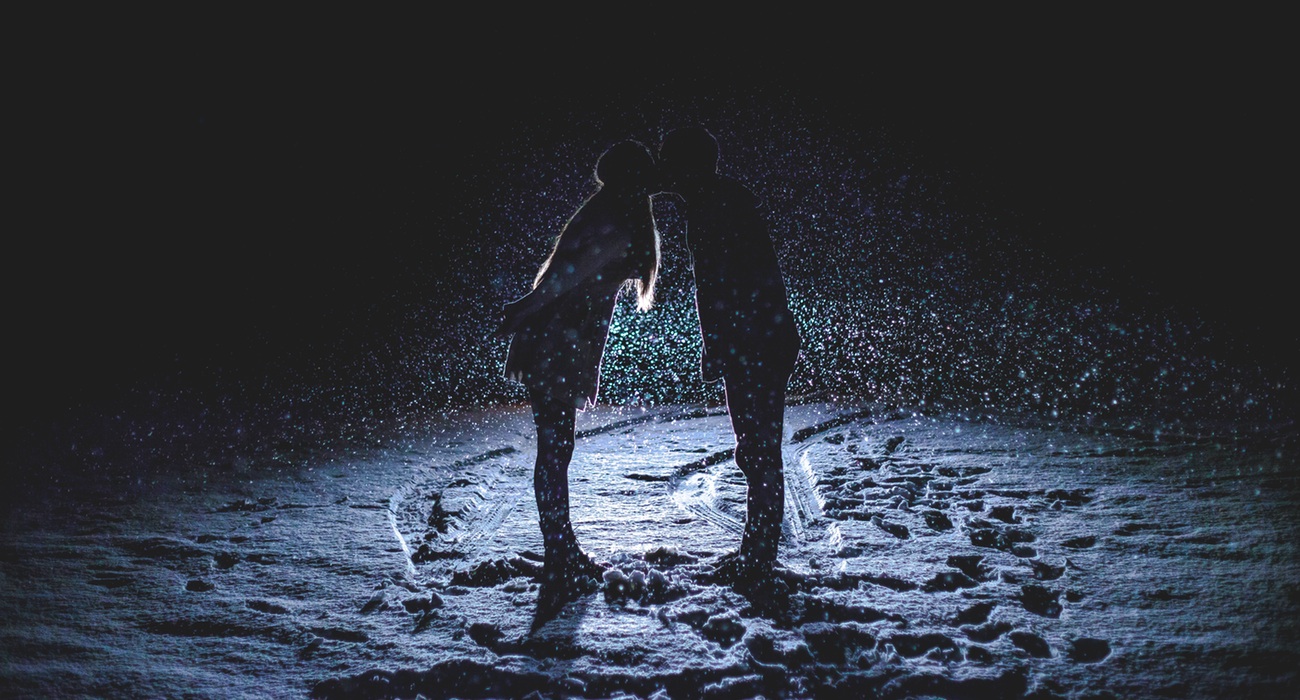 Author David Foster Wallace once pointed out that “the most obvious important realities are often the ones that are hardest to see and to talk about.” And this is certainly true in science. In my experience, the questions that reveal hidden universes are often the ones that are so unsexy, simple and basic that they manage to avoid detection for eons. This month’s newsletter is about one of those questions: Specifically, what’s Love got to do with IT?

The IT in the question is “Flow.” While the relationship between our most powerful emotion and our most potent state of consciousness seems to be the kind of basic question someone would have asked already, but that’s not the case at all. Turns out this is one of those basic questions that has eluded our attention… until now.

So, in honor of Valentine’s Day this past weekend, I’m taking us on a seven stage tour of this frontier, exploring the little we know and the lot we don’t about love and flow.

One: Into the Mystery

The questions that surround flow and love start with phenomenology — how these experiences make us feel. In conversations, I’ve discovered that many people equate the feeling of falling in love with the feeling of flow. No surprise, right?

Both experiences are among the most incredible available to us, and both share that same sense of intense focus and incredible euphoria. And, scientifically, this makes sense. Evolution is conservative by design so when something works it gets reused and repurposed and again and again. So, based on how these experiences make us feel and evolution’s conservative nature, we can assume there’s considerable overlap between them — but, the question is, how considerable?

If we’re going to take a look at the overlap between love and flow, the first thing we need to do is define our terms. Here’s where the work of Rutgers’ anthropologist Helen Fisher comes into play. Alongside neuroscientist Lucy Brown, Fisher became the very first scientist to use high-powered brain imaging technologies to tease apart the nature of love.

Fisher discovered that evolution shaped three different systems in the human brain to handle three stages of attraction: lust, romantic attraction, and attachment. Each of these systems is associated with different brain chemicals and different brain networks. We’ll take them one at a time.

Lust: This is our sex drive. In both men and women, this feeling is primarily generated by the sex hormones: testosterone and estrogen. The old thinking was that lust was sort of a precursor to romantic attraction, but recent research has shown these are distinct systems in the body.

Romantic Attraction: If lust is about the desire to find almost any available partner, romantic attraction is a little more discrete — it’s about finding the right partner. Fisher defines this form of love as “elation, heightened energy, obsessive thinking, focused attention and yearning.” It is associated with heightened levels of adrenaline, norepinephrine and dopamine (all stimulants) and lower levels of serotonin (which we’ll talk about in a bit).

Attachment: This is the supportive union one feels with a long-term partner. It’s a feeling associated almost entirely with the pro-social bonding chemicals of endorphins, vasopressin and oxytocin. Endorphins calm everything down, turning the pulse-pounding of early love into the stability and security of attachment. Vasopressin, meanwhile, has been linked to monogamy, while oxytocin promotes trust and security.

Beyond being the simple product of neurochemistry, love also impacts brain activity. In recent years, scientists have started to use fMRI to figure out which parts of the brain are turned on or off during the three stages of love. While these discoveries are complicated in the particulars, they can be divided into to a few overarching patterns.

First, at a subcortical level, we see hyper-activation in the systems that regulate pleasure, emotional processing and sensory integration. In short, in love, we notice more and feel more and, typically, what we’re feeling feels really good.

Second, we see widespread deactivation in the prefrontal cortex — the part of the brain that governs higher cognitive processes like rational decision-making and long-term planning. This deactivation is the reason young love is often considered a mild form of madness.

Obviously, this effect diminishes over time — meaning we’re much crazier during love’s romantic phase than the attachment phase — but not completely. When a mother sees her child in danger and jumps in front of a speeding car without thinking first, it’s also because the part of her brain that governs rational thinking is down-regulated.

Third, we also see deactivation in the temporal lobe and amygdala, which are linked to negative feelings like depression and fear, respectively.

If you’re even vaguely familiar with the science of flow, then much of the previous two sections should seem, well, vaguely familiar. That’s because there are significant neurobiological similarities between love and flow. In fact, you can make a loose argument that flow is like all three stages of love — lust, romantic attraction and attachment — at very high speeds.

Just like the lust phase of love, as research conducted by Emory neuroscientist Gregory Berns revealed, we get testosterone at the start of a flow state. Just like the romantic attachment phase, we also get norepinephrine, dopamine, endorphins and oxytocin. Norepinephrine and dopamine at the front end of the state (to heighten focus), endorphins in the middle (that calm, peacefulness) and oxytocin at the end (helping to produce flow’s fabled afterglow).

Equally important is the overlap in brain activity. Or, more specifically, overlap in lack of activity. In all stage of love—and just like in flow—we see widespread deactivation in the prefrontal cortex and down-regulation in amygdala function.

In short, in flow, we tend to feel everything someone in love feels, except much more quickly. What takes a lover over four years to experience, a flower can get in an afternoon.

The biggest difference between love and flow is serotonin, and this difference is most pronounced during love’s romantic attraction phase. Serotonin is a calming chemical and nothing about this phase is calm. Instead, when romance is brewing, serotonin levels plummet. This makes our thoughts race and sends our ability to focus out the window.

And this is very different from flow. During peak experiences, serotonin levels elevate. Typically, this occurs later in a flow state (as dopamine levels begin to drop) and helps (alongside oxytocin) flow’s long tail of serenity.

So, despite the similarities, flow and love are actually a breed apart. Flow follows focus. The state can only arise when all our attention is locked into the right here and right now. Low serotonin levels are anathema to this lock down. In other words, the lack of focus that underpins romantic love significantly hampers our ability to get into flow.

Six: Love with Flow — A Word Of Warning

One of the things we teach people at the Flow Genome Project is to never go shopping when in flow. The reason is dopamine, which makes everything look good (and is the neurochemical beneath shopping addiction). The same thing goes for falling in love.

A great many of us have experienced some variation of the following: You’re on vacation in Bali or Maui or Mexico. The combination of risk (being in a foreign land) and novelty (again, being in a foreign land) pulls flow’s high consequence and rich environment triggers. As a result, you’re spending a lot of that trip in the zone.

And then the trip ends and the relationship becomes a disaster. Why? Falling in love while being in flow can often be too big a departure from reality. Once you return to civilization and the flow is gone, the bloom comes off the rose. Often, you start blaming the other person for the fact that you no longer feel as high as you did when on vacation and many relationships can’t survive.

Judson Brewer, Yale University psychiatrist, flow researcher, and all-around good guy, has taken an interesting approach to the question of love and flow. 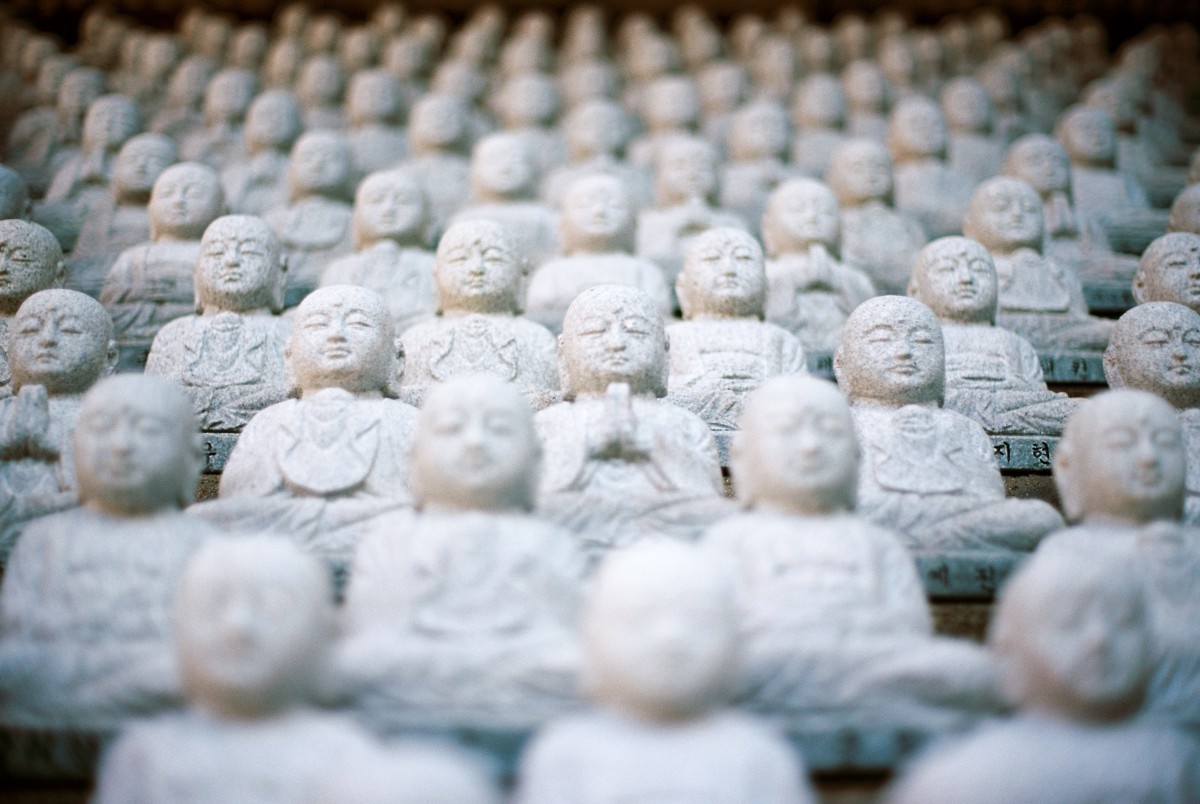 Parts of the brain that become active with romantic love are quiet during loving kindness meditation.

Brewer found a way to tease apart the difference between romantic attraction and “compassionate love,” which is similar to Fisher’s attachment phase and best described by the word agape — or selfless love.

He did this by using fMRI to examine the differences in brain activity between novice and expert meditators performing a loving-kindness meditation. In a recent blog for the Huffington Post, he explains his discoveries:

“Interestingly, the reward parts of the brain that previously were shown to become active with romantic love were notably quiet during loving kindness practice. And importantly, the brain regions that get activated with self-referential processing (i.e. how does this affect me), were significantly deactivated in experienced meditators, compared to novices. This may help to explain what is seen with this practice, when we truly, selflessly wish for the wellbeing of others, we’re not getting that same ‘hit’ of excitement that comes with a tweet from our romantic love interest, because it’s not about us at all.”

But here’s where things get interesting. Brewer, in previous studies, has found that expert meditators performing loving-kindness meditation experience deep flow. This means, while romantic attachment feels like flow, the brain scans show that flow is much more similar to love’s later, calmer stages (the attachment phase).

Put differently, in flow, our sense of self vanishes (thanks to the deactivation of the parts of the brain that construct that sense of self). What Brewer discovered is that the self never vanishes during love’s romantic attachment phase, but it seems to disappear during the attachment phase. And, the more selfless that attachment becomes, the more this phase appears to mimic flow.

And isn’t this interesting — it’s means long love might be the ultimate flow hack.

Steven Kotler is the cofounder and director of research for the Flow Genome Project and best-selling author of Abundance, The Rise of Superman, and BOLD. His latest book is Tomorrowland: Our Journey From Science Fiction to Science Fact. 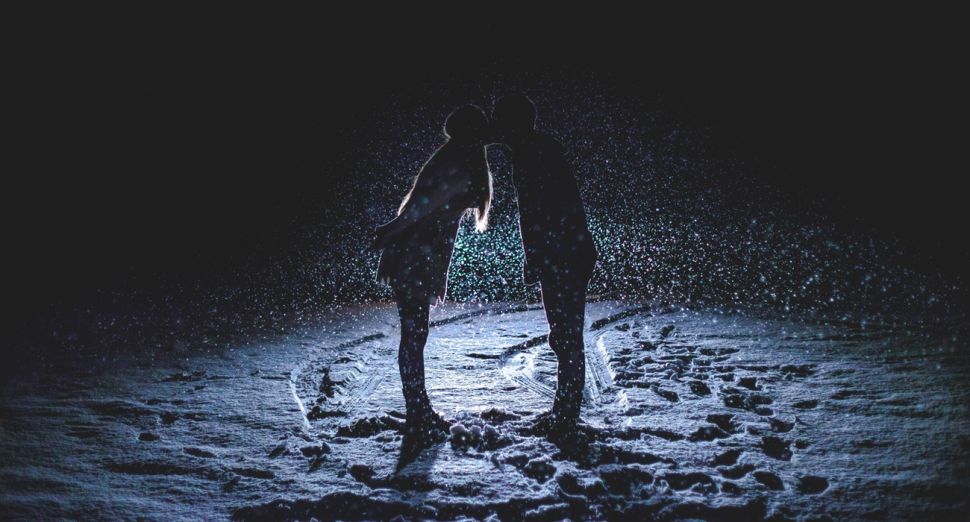