We were one digit from a clean getaway. Two Observer reporters went into a small room and neither came out, at least not until the woman who had locked us in, Michele Ware, opened its door for us.

We were in an escape-room game, often used by companies for team-building exercises but which are also a unique option for a date or night out. Originally a genre of online video games called “room escapes,” the brick-and-mortar versions first popped up in Silicon Valley and Japan, and, in late 2015, Ms. Ware, a former accounting director-turned-entrepreneur from Harlem, opened Hoodwinked Escape on the ground floor of a historic building at 116th Street and Seventh Avenue. She offers four themed escape rooms—“Military Mission,” “Asylum,” “Hangover” and the “Spirit of Harlem”—to choose from.

Ms. Ware always envisioned starting her own business, but it wasn’t until she tried her first escape room that she knew what she wanted to do. “It was new and it was different,” she told us. “It motivates and inspires people.”

For each game, a team (two to 12 people) is locked in a room and given the task of scouring it for clues that lead to a way out. Participants are given a walkie-talkie that can be used to call organizers for five hints in the inevitable event that they’re stumped. A single game costs $28 per person.

“What I love are people who come in and have done escape [rooms] before,” Ms. Ware said, explaining how strategies used in other rooms can stymie players, because every scenario is different. Any object in an escape room, she said, presents “infinite possibilities.”

We chose “Spirit of Harlem,” which featured clues inspired by the neighborhood’s historic figures and iconic locales. Ms. Ware escorted us in, locked the door behind her and started the clock, leaving behind a cryptic, music-related first hint. Right away, we spotted a map on the wall amid a wealth of Jazz Age iconography. It had to be some kind of clue.

Just as soon as we’d solved one part of the puzzle, we were faced with another.

Or not. We then attempted to hack an electric jukebox, but a turntable tucked on a low-lying shelf gave way to our first clue: a washer tied to a magnet. One of us thought the washer was the clue; the other was convinced the magnet was the clue. One of us wasted a bunch of time chasing the wrong end. (It’s worth noting that there are many such red herrings.)

The 60-minute deadline lent a sense of urgency to our quest, so much so that we didn’t even have time to bicker or question each other’s, ahem, problem-solving techniques: Just as soon as we’d solved one part of the puzzle, we were faced with another.

And finally, when we got to what felt like an obvious end, with time to spare, we choked. Before we knew it, there was a loud buzz, indicating our time was up.

Ms. Ware released us from the room, and showed us how close we’d been to escape. While we’d fixated on one location on the map, we’d missed our key clue. So close, and yet, so far.

“People come in working as individuals,” she told us. “And then they see they can’t escape without working together.”

Ms. Ware insisted that we’d done enough to solve the room and merit our escape, but we still say we failed—together. That’s how teams are made. 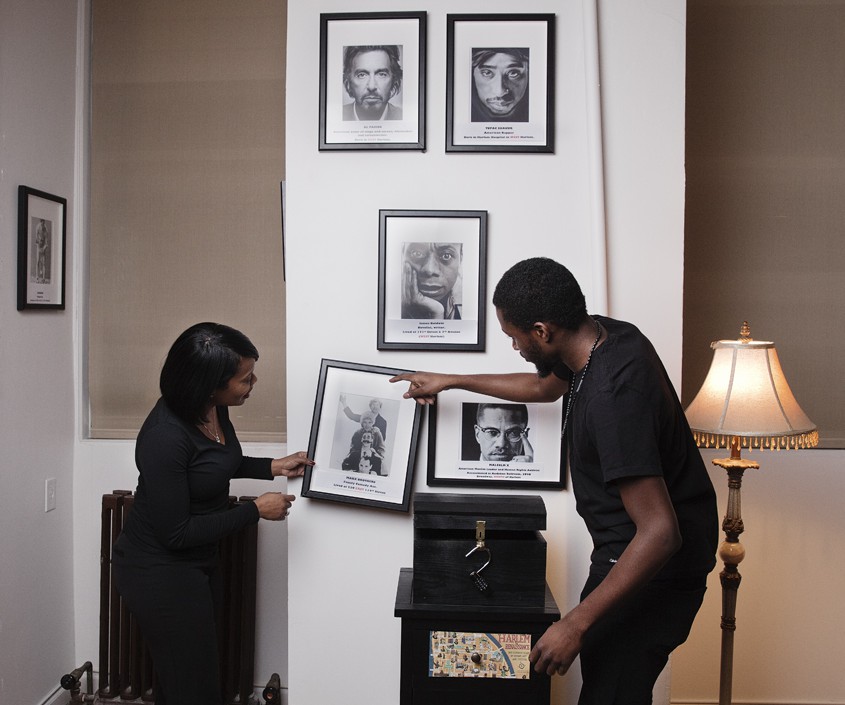