Oil prices are plummeting. Gas is cheap; heating–whether from oil or natural gas – is too. So is clean energy in trouble as its older, dirtier cousin becomes more economically attractive?

First, a few facts. The price of oil has plummeted from over $100 per barrel in the summer of 2014, and is hovering around $30, the lowest level since 2003. The oil & gas sector has lost 30 percent of its market capitalization in the last 12 months. Natural gas wholesale prices in the U.S. have fallen nearly in half in the last two years.

Meanwhile, deployment of renewable energy, led by solar and wind, is taking off. More than 120 gigawatts of solar and wind were commissioned in 2015, almost 30 percent more than the previous year. That’s on top of more than half of newly-built global power generating capacity seized by renewables in 2014. Last year was also the biggest ever for renewable energy investment, at nearly $330 billion globally.

So what’s happening here? There are a few explanations.

First, most oil is used for transportation and for heating, while most renewable energy generates electricity used for lighting, computers, and appliances. In fact, only 4 percent of power globally is now produced by oil, down from 25 percent in 1973. This means that, for the most part, renewables and oil compete in different markets.

Second, the price of renewables is declining almost as fast as oil has been, thanks to steady technological and process innovation in wind and solar and economies of scale as investors and producers double down on renewables. The results speak for themselves: solar has created more than 200,000 jobs in the U.S., at 20 percent growth rates in 2015. In the U.S. and in some other areas, subsidies such as the recently-extended production and investment tax credit and other incentives, such as state-level renewable portfolio standards, mostly motivated by climate change and energy independence, have helped keep investment in the sector buoyant.

There are some complicating factors, though. In power generation, renewables compete directly with natural gas, which is also very cheap for reasons related to oil: it also is produced by superabundant fracking, a big factor in the global oil price decline. Natural gas and renewables in the U.S., for the time being, have dueled to a draw, but both have eroded the market for coal.

Another wrinkle is that cheap oil is depressing incentives for energy efficiency and other technologies that substitute for oil and gasoline. A good example is electric cars, which, despite mandates in California and stunningly high-performing, sexy cars like the Tesla Model S, have not advanced as fast as some had hoped. Cheap gas has undercut the economics of compact and electric cars, at least in the short term. Unsurprisingly, with gasoline below $2 per gallon, SUV sales have spiked. Meanwhile, rock-bottom oil prices also lower incentives to upgrade to other high-efficiency appliances such as high-performance boilers, geothermal heat systems, and smart thermostats. Even old-school home insulation and better windows become a lower priority when electricity, heating oil, and other fossil fuels (like propane) used by homes and businesses are cheap.

Other more new-fangled energy technologies that directly compete with oil or which are counting on higher electricity costs in the future are somewhat threatened: think advanced biofuels, off-shore floating wind turbines, and wave and tidal energy technologies. These concerns, though, are tempered by the fact that electricity prices seldom decline regardless of fossil fuel price, largely because utility business models are changing: power grid operators are becoming less about selling electricity and more about selling the service of balancing the supply and demand for power, and providing grid access to consumers and producers. In other words, the grid is becoming less like a gas station turning on the pump, and more like a switchboard, matching a power source (such as a local gas turbine) to its user (you, turning on your washing machine and dryer).

Will the existing gas infrastructure make it too easy and inexpensive to stick with gas rather than accelerate the transition to zero-carbon energy?

This all leaves some big questions about the renewables-oil relationship. One of them is market sentiment, the classic “animal spirits” identified by the famous economist John Maynard Keynes. In other words, the oil market and investors determine prices, which can gyrate wildly; whether or not those prices make sense, they will have a big impact on consumers’ energy choices. Patrick Pouyanne, the CEO of Total Energy, argues that cheap oil discourages investors in renewables’ competitiveness in the future. Under this argument, cheap fossil energy and energy price volatility in general undermine confidence in the long-term competitiveness of renewable energy. This view cannot be readily dismissed out of hand.

Additionally, there is the question of the increasing spillover of renewables into transport and heating as electric vehicles and nascent renewable heat technologies start to compete with the fossil-based incumbents. Climate goals of 70 percent or more emissions reduction by 2050 in many advanced countries require renewable energy to make inroads into these areas sooner rather than later. So long as those incumbents are cheap, renewables’ entry in those markets faces a steeper climb.

Lastly, the natural gas question looms large. Long after coal and oil are on the downslope as dirty and high-carbon fuels no one wants, natural gas will not only balance the load on the grid, but will be providing reliable, and likely fairly cheap, electricity. Will low natural gas prices persist? Will the existing gas infrastructure make it too easy and inexpensive to stick with gas rather than accelerate the transition to zero-carbon energy?

And no one knows for sure whether this current oil price decline is just one in a long series of yo-yo movements of the market, or the beginning of a long-term decline accompanying a fracking-fueled overabundance, oil’s obsolescence, or both. How will that impact clean energy in the longer run?

My take is that fossil fuel prices will impact the rate at which renewable energy is deployed at the margin, but not change the core trend. After all, renewable energy deployment has steadily increased since the turn of the 21st century, weathering both high and low oil prices. Am I right that this trend will continue and accelerate? Stay tuned. 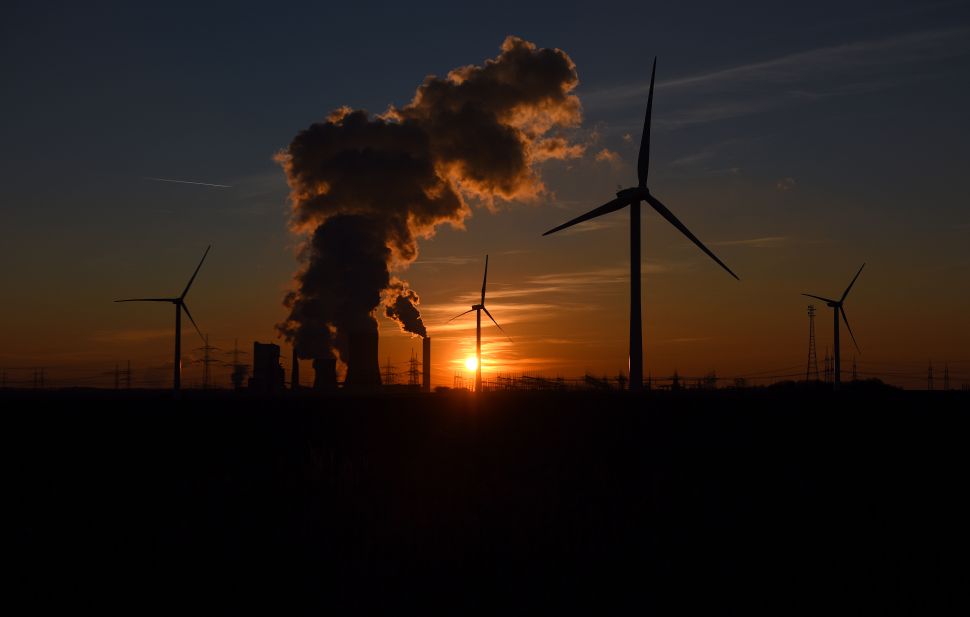