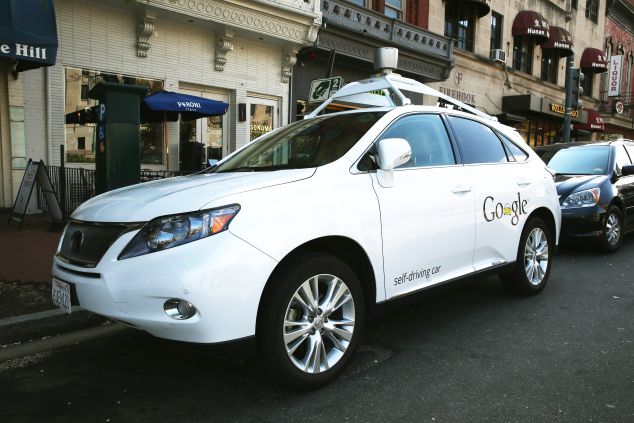 Elon Musk’s Tesla recently became the latest big shot company to enter the self-driving car sweepstakes. Mr. Musk recently announced the hiring of software architecture veteran Jim Keller, who previously had played key roles at Apple and AMD, to lead its Autopilot Engineering team. Tesla’s move follows the recently announced partnership between General Motors and Lyft, in which the automaker is investing $500 million in the ridesharing company as part of a joint venture to develop self-driving cars.

And of course Google, Uber, Mercedes-Benz, Nissan, Apple, Audi, Bosch and Delphi Automotive (the big auto parts manufacturer) all have their own much-hyped development programs for autonomous vehicles in full swing. Forget cures for cancer, climate change or world peace, the media has made it clear that self-driving cars will be the Next Great Step in civilization’s drive toward magnificence.

It’s time to hit the brakes for a reality check.

Despite how much Uber CEO Travis Kalanick likes to crow about our “driverless future,” outside of The Jetsons this one is…not…happening…soon. Besides the remaining technological challenges, the liability and regulatory issues involved in letting a 3,000-pound death machine steer itself with no human at the controls are huge.

Every driver makes hundreds of daily driving decisions that, strictly speaking, break driving laws (for example, crossing the yellow line to pull around a double-parked vehicle). What company is going to program its driverless cars to break the law?

Think about it: Every driver makes hundreds of daily driving decisions that, strictly speaking, break driving laws (for example, crossing the yellow line to pull around a double-parked vehicle). It all works out fine because of something called “human judgment.” But what company is going to program its driverless cars to break the law? And what regulators will approve that product, knowing that it has been programmed to break the law?

Will insurance policies for driverless cars cover the car itself? Or will they cover the owner of the vehicle? Or perhaps the technology company that controls the car’s routes? Who will be responsible if there is an accident? The individual owner or the the vehicle manufacturer? Or the company that designed the navigation system? To cut through this conundrum, some have proposed the creation of the legal fiction of “virtual drivers” who will purchase “virtual insurance.” But this gobbledygook is just vaporware for the fact that nobody knows how to move through this morass.

Not surprisingly, a survey by IEEE, a technical professional organization dedicated to advancing technology for humanity, of more than 200 experts in the field of autonomous vehicles found that of six possible roadblocks to the mass adoption of driverless vehicles, the three biggest obstacles are legal liability, policymakers and consumer acceptance. Cost, infrastructure and technology were seen as the least of the problems.

So I remain deeply skeptical. I do believe, however, that we may see driverless long-distance trucks sooner than later, since driving on the freeways is a simpler task, with fewer lawbreaking decisions required. A driverless truck could drive from San Francisco to Denver on the interstates, and when it reaches the final destination pull over in a truck stop where a human takes over and drives the final few miles into the city. Audi used its driverless system to drive more than 560 miles on a highway from Palo Alto, Calif., to Las Vegas. The vehicle was able to accelerate and brake automatically, and initiate lane changes and passing maneuvers. When it was time for the driver to take control as it reached city limits, multiple warning systems automatically activated to notify the driver.

But here is where we have to stop for a moment and think a bit more deeply about the unfolding plot of this science-fiction movie. Approximately 1.6 million Americans are truck drivers, and their jobs are on the hockey-mask-wearing villain’s chopping block. Is it really all that “efficient” to unleash a technology that will wipe out all these jobs? Isn’t it also efficient for people to have gainful employment? Creative destruction is fine, but we should deploy appropriate levels of regulation to ensure that it remains as creative as it is destructive. The skills and training for being a truck driver are not easily transferable to other occupations (except maybe driving for Uber).

It’s clear that Uber and some of the other companies are professional carnival barkers engaged in an amazingly brash self-driving con. The media eats this stuff up. Left out of the reportage often are some of the other companies developing these technologies that are a bit more honest about the prospects for success. Bradley Stertz, corporate communications manager for Audi, says a fully automated vehicle with no driver is still 20 or 30 years away. “To have the car understand every single possibility is a massive challenge,” he says.

Frank Sgambati, director of marketing and product innovation for Bosch, says the “fully automated” Bosch vehicle is a long way off. Mr. Sgambati estimates that fully driverless vehicles won’t happen until beyond 2025. Kristen Kinley, global communications manager of the electronics and safety division for Delphi Automotive, says it could be “many years” before drivers can completely relinquish control of the vehicle. These cars are very costly, she says, and the technology needs to be fail-proof.

Government regulators at both the federal and state levels have been rightly insisting that the companies go slow with their development. By now it should be apparent to all that Silicon Valley, like Wall Street banksters and gamblers, has no scruples or principles about rolling the dice with the public’s welfare. Whether the company is Airbnb, or Uber, with its pirate mentality of breaking laws and evading taxes, or Google, stashing its mountain of cash in offshore, overseas tax havens, the Silicon Way is to “just do it”—and apologize later.

Google, Uber and some of these other companies have taken to whining and complaining that there are too many safety rules—which is to say, too much safety (paging Ralph Nader). A lot of money is at stake, so these would-be Jetsons are pulling out all of their K Street contacts to grease the wheels for regulatory relief, which is to say: neglect. Heck, they figure, if Airbnb and Uber can get away with breaking laws in city after city, why can’t we at least bend the laws a little bit.

I fear they are starting to wear the government down. Recently the U.S. Transportation Department said it may waive some vehicle safety rules to allow more driverless cars to operate on U.S. roads. The U.S. National Highway Traffic Safety Administration has said it will exempt up to 2,500 vehicles industry-wide from some auto safety standards for up to two years in a move that could allow these companies to get more of their self-driving cars on the roads.

Transportation Secretary Anthony Foxx said that safety regulators will write guidelines for self-driving cars over the next half year.

As a step toward fully autonomous self-driving vehicles, some of these companies are hoping to incorporate individual components into existing cars. Increasingly some of the luxury autos will have semi-autonomous features that allow the vehicle to accelerate, brake and steer a course with limited driver interaction. But that’s still a long way, fortunately, from a fully autonomous vehicle.

READ: The first millionaire driver to kill a pedestrian. 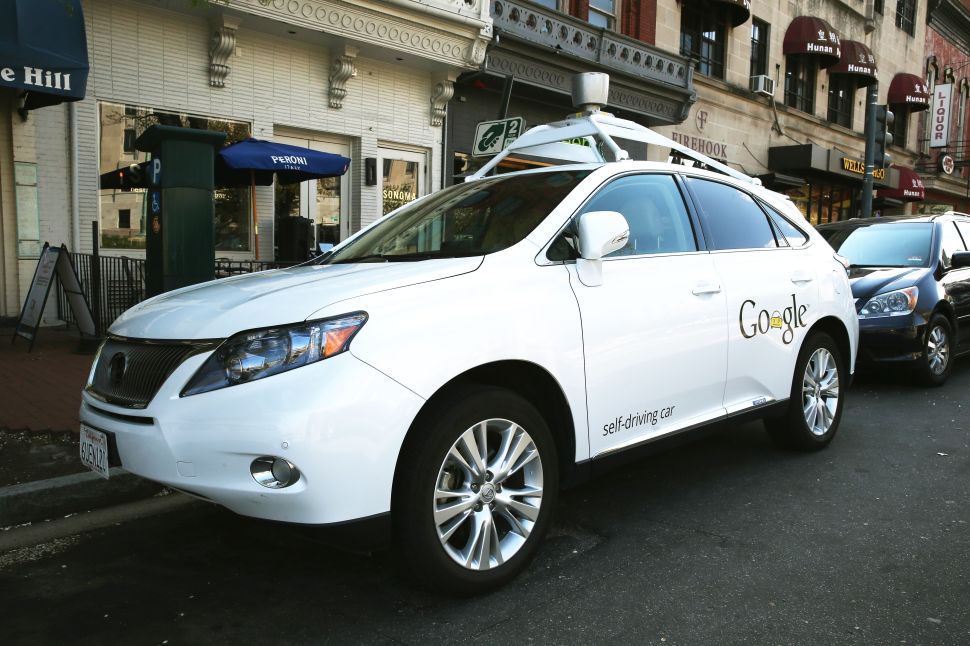