When you were nominated for a Grammy I couldn’t believe it, not because you didn’t deserve it, but because Grammys weren’t made for people like us.

The Grammy goes to the slickly polished, the soon to be forgotten, the sound of manufactured consent. But when a mixtape is nominated that isn’t perfect, that has heart, that sounds like it came out of the mind of an 19-year-old girl that grew up on the streets of Oakland, you can’t help but be surprised, to smile because an independent artist’s greatness could not be ignored. And while many artists granted the moniker of genius won awards last night, many of whom I also love and think were deserving of winning, I was still ecstatic that you were nominated, because you deserved a seat at that table, a table that is so often reserved based on class, not on talent. But last night, talent had a seat.

You wrote a beautiful mixtape, that was really an album in disguise, and an ode to vulnerability. You Should Be Here was my soundtrack of 2015. You didn’t write about needing a man to save you or spending your life waiting on the sidelines. You wrote songs about having a mother who couldn’t be your mother, about being in love with people who couldn’t return your love, about being trapped inside a social media vortex where people manicure their lives to look enviable on the outside, while remaining hollow on the inside.

You Should Be Here is also a challenge to patriarchy: it overthrows the notion of “girl” power and the commodification of feminism, because you are not a girl. Like you say in your song “Runnin,” you’re an independent woman, and each day you face the challenge of surviving in a society where men are more comfortable with you as a girl. As a non-factor. As non-threatening.

“Cause I know every man has a fear of a strong-minded woman,
But I say she’s a keeper if she got it on her own and keeps it runnin’,
If she can keep it all runnin”

Did you know that “Runnin'” is my anthem?

And honestly who cares about me, because it’s not about me, but the thousands of men and women who “got” this mixtape. Because it was their anthem too. It’s what we’ve been missing since Aaliyah left us—a special kind of sweetness mixed with fierce loyalty that is a reminder of where we come from. 2015 was the year that the phrase “ride or die” became so popular, I heard rich white people use it in reference to themselves and their colleagues while drinking cocktails in New Oakland, in places that really wish Old Oakland would “clean-up” and disappear.

But “ride or die” is street. It is Old Oakland. It is the kind of fierce loyalty that you only know when you come from a background that is targeted and marginalized; when you are forced to cover for each other because society would rather see you dead than see you alive for your day in court. That is ride or die, a phrase so divorced of privilege that when the privileged use it, it always rings as false. But you lived it, in East Oakland, growing up on the couches of your friends and family. Your life was interdependence. Your life was ride or die.

But it isn’t just your mythology that makes You Should Be Here so damn listenable. It’s your collaborations with artists you introduced us to and others who we get to see in new light, like Lexii Alijai, whose flow reminds us of Da Brat, and who we just want to keep spittin’ or your duet with Chance the Rapper that channels late nights, sneaking out, and breaking the rules for love.

And then there’s the other kind of heartbreak, which you write about so well: never being blessed with the unconditional love of your family. In “The Letter”, you open up and allow us to see your pain when you ask: “And if you weren’t gonna guide me, why bring me into this light?” It’s a question so many of us have had to ask ourselves when we didn’t have adult guidance or love to protect us. The question we ask is: why?

You Should Be Here is so many things for so many of us. It isn’t just a mixtape. So, while I will never stop rooting for you, or others like you to win a Grammy, I am so thankful to have your music. Being able to listen to your story is a fucking gift, thank you for giving it so freely.

From,
Another Strong-Minded Woman 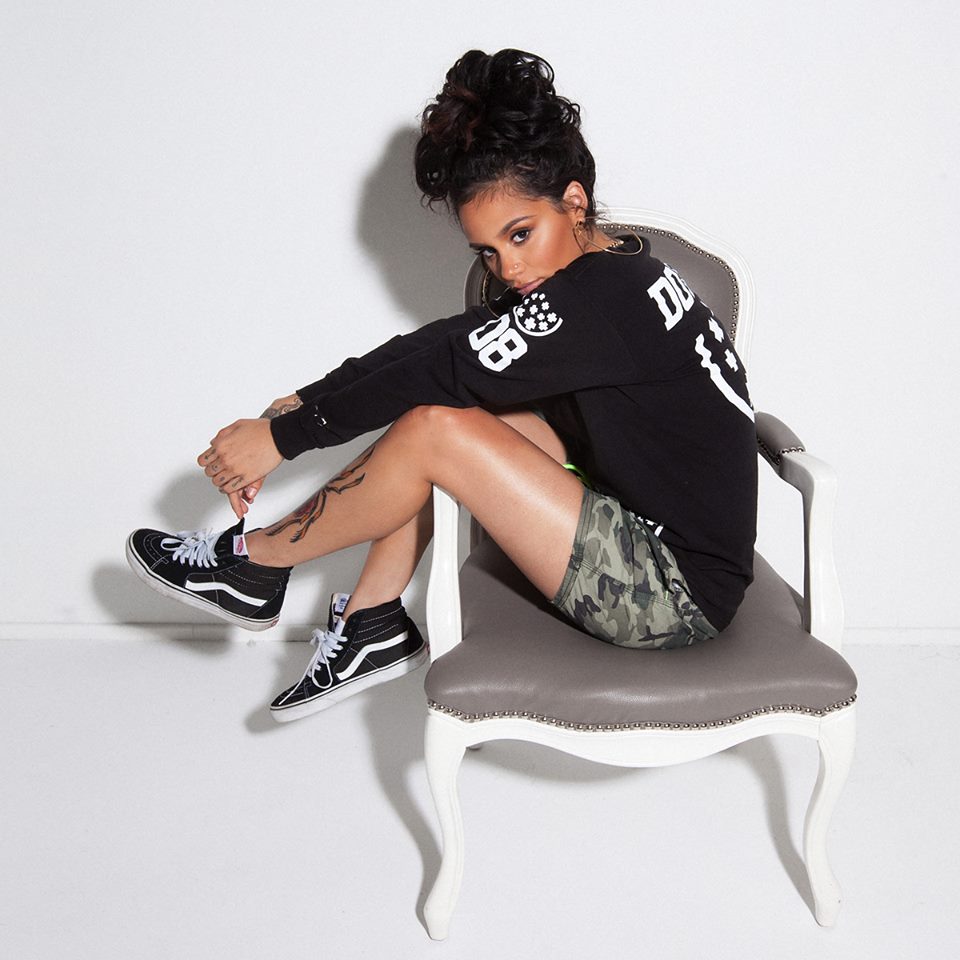