In late January, the World Economic Forum held its 46th annual meeting to discuss matters of economic security on the global stage. On the surface, this year’s theme of “Mastering the Fourth Industrial Revolution” seemed to be a benign discussion of the advancements in technology and their effects on our economic future.

In truth, it was a continuation of the Forum’s blind eye toward solving the problems of today.

Since the 2015 Global Risks report, in which the Forum cited interstate conflict as the coming decade’s greatest threat to global security, the group has offered no new solutions to combat the troubles it has identified. The reason for this is simple: The Forum failed to accurately assess the root cause of these risks. Indeed, these reports have consistently hacked away at the branches without daring to even look at the root of the problems.

Presumably, the World Economic Forum didn’t want to address the “why” behind these issues — to do so would expose the weakness of its founding principle: that centralized, top-down planning can solve the world’s problems. In fact, many of the risks identified in the report are caused or exacerbated by centralization and can be solved only through decentralized approaches.

As any business owner or risk analyst knows, the best risk management technique is prevention. Instead, the Forum has opted to sidestep the root cause of the world’s problems to arrive at its proposed solution: more ineffective global groupthink.

The 2015 report highlighted environmental risks such as crises, a failure to adapt to climate change, and a loss of biodiversity. A section titled “Environment — High Concern, Little Progress” listed multiple statistics that underline the severity of these risks and noted that the heart of the problem is “a risk-management approach based on responsive measures that assume things go back to normal after a crisis,” which doesn’t work for environmental issues.

Fair enough, but how did we get to this state of affairs? Why do these problems persist, and why have we made such little progress? The answer is that we’ve relied on centralized solutions.

In its report, the Forum recommended sticking to the status quo — “a series of global summits on climate change, disaster risk reduction, financing for development and sustainable development goals” — to create an agenda for tackling these risks.

How much faith should we have in this approach, considering that it has failed to yield results? According to the report, not much.

“Until recently, the expectation was that governments would struggle to finalize a strong global climate accord in time for the Paris climate conference in December 2015,” the report said. While the Paris conference did come to agreements on a global plan, its proposed actions are woefully vague and limited, with no oversight or review until 2023.

The Forum’s report offered a hopeful note about the possibility of an accord, but advocates of these top-down approaches are always hopeful. Essentially, the report recommended having faith in global climate conferences with the expectation that they will fail. That’s hardly a solution to any problem, but what is the point of identifying risks if we do not attempt to avert the potential problems they pose?

Bjørn Lomborg, director of the Copenhagen Consensus Center and author of “The Skeptical Environmentalist,” noted that proponents of global summits have a single-minded focus on reducing carbon emissions, justified by exaggerated, worst-case claims.

“Despite endless successions of climate summits, carbon emissions continue to rise, especially in rapidly developing countries like India, China, and many African nations,” Lomborg wrote. Indeed, we recently learned that India plans to triple its production of coal by 2030.

The reason the summits’ centralized efforts to reduce carbon emissions failed is that they tend to be costly, inflexible solutions with single points of failure. Their benefit lies primarily in the promise of control and savings due to economies of scale, neither of which is possible in today’s dynamic global environment.

The devastating storm drew two responses: an immediate bottom-up response and a delayed top-down government relief efforts. The former was carried out by people on the ground and businesses large and small, while the latter, orchestrated from Washington, D.C., was tainted by political manipulation.

Walmart, for instance, responded by providing $20 million in cash, 1,500 truckloads of merchandise, 100,000 meals, and jobs for its displaced workers. The Federal Emergency Management Agency aimed to control the situation and direct help in a highly regulated fashion, which merely thwarted private relief initiatives and disarmed citizens.

Unfortunately, the Forum’s worldview leaves room only for solutions that can be carried out by government agencies or, worse, by conferences of government representatives. The identified risks are problems, but these problems are symptoms of the top-down, centralized system. The best way to address these concerns is to let the market provide solutions.

Markets don’t have to wait for a conference to act. Entrepreneurs have the flexibility to adapt quickly to changing needs, and the people most closely affected by any problem have both the perspective and the incentive to find workable solutions.

These types of solutions are, by nature, decentralized systems that can quickly respond to challenges through direct and local incentives and innovation. They push risk and responsibility to the lowest level, which enables responsiveness but avoids the pitfalls of one-size-fits-all solutions.

It’s difficult to find a problem in the Forum’s report that wouldn’t be dramatically reduced or resolved if it were subject to proper market forces. Nonetheless, from economic crises to the rise of cyberattacks, the Forum consistently urged political remedies, often bending the problems to fit the solutions.

The idea of issuing a report on global risks is noble, but for such a report to be useful, it must consider problems’ causes to identify real solutions. The annual Global Risks report has consistently failed to do both. Instead, it downplayed the resilience of markets and will likely only exacerbate problems by treating their causes as the solutions. We cannot afford such simple mistakes.

If its recently-published 11th report is any indication, the World Economic Forum will continue this trend of identifying issues without putting forth any true plans for future change. We can only hope that world leaders take up these challenges and are inspired to create concrete strategies to battle these risks moving forward. But I fear we’ll only see more of the same.

Per Bylund is assistant professor in the School of Entrepreneurship at Oklahoma State University and holds the Records-Johnston Professorship of Free Enterprise. He teaches and does research in entrepreneurship, management, and economic organization. 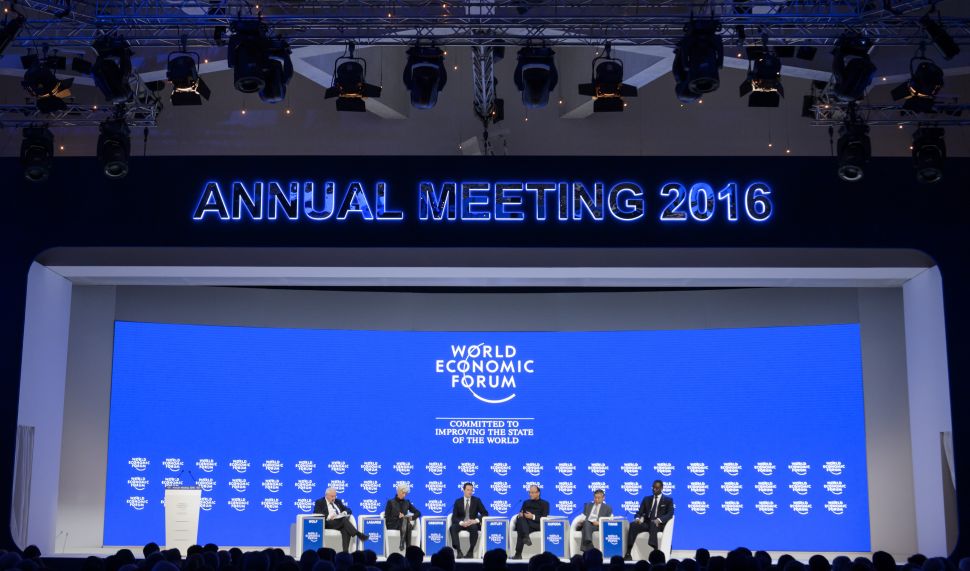