If a single song could represent the music industry’s current state of mind, the choice would be absurdly simple: “It’s So Hard to Say Goodbye to Yesterday.”

That early ’90s Boyz II Men slow jam sums up in just eight words what countless articles and analytical studies keep reinforcing. The good old days are gone, but that doesn’t stop the once-mighty music business from fighting to hold onto whatever scraps remain.

Like clockwork, at the conclusion of every fiscal quarter, it seems there’s another article materializing and, for a few days, sweeping through the Internet, ginning up headlines painting a far rosier picture than actually exists. (For crying out loud, even I was writing about a nearly identical case of industrial myopia 17 months ago.)

As the RIAA noted in its 2015 year-end report, released in September, the “industry’s global digital revenues” totaled $6.85 billion in 2014, a nearly 7 percent increase from the same time a year prior. (The 2015 report is the most current data available.) Of that mountain of money, “on-demand streams” showed the most gains—jumping 93 percent over 2014—and far outpacing vinyl album sales, which also rose for the previous 12 months, but more modestly (a 29 percent increase).

What is unsurprising is that sales, whether of physical CDs or digital albums, all dropped year-over-year: CDs slipped 11 percent, while digital albums slipped 3 percent and digital track sales fell 12 percent.

For the first time, the RIAA reported in mid-2015, total revenues from streaming services cruised past the billion-dollar mark to $1.3 billion, increasing from 2014’s $834 million. Of that total, as the Telegraph pointed out in September, a huge chunk of profit is derived from streaming services: roughly $864 million, or nearly four times what vinyl sales hauled in.

Which returns us to the eternally vexing dilemma facing artists who want make a living making music—digital services are clearly the way forward, as consumers vote in substantial numbers with their wallets, but payment from these services remains woefully meager, compared with potential profits from physical sales. What’s often left out of these complex equations is touring.

Data still indicates that, financially speaking, the money lies in hitting the road, not relying recorded music sales or streaming.

As industry bible Pollstar reported in January 2016 with its year-end touring report, the top 100 North American tours for 2015 generated a combined gross of $3.12 billion, an increase of 14 percent year-over-year. And while Pollstar is primarily concerned with the box office tallies of superstar arena acts like Taylor Swift, One Direction and Garth Brooks, the data still indicates that, financially speaking, the money lies in hitting the road. (Globally, tours were up 11 percent year-over-year, with grosses totaling $4.71 billion.)

When the revenue from touring is within spitting distance of physical sales revenue, then perhaps it’s time to stop asking when physical media will return from the dead, and instead, start thinking about ways to adapt to the new reality. More and more, artists large and small are treating recorded music as a loss leader, using it as a means to promote touring, which is really the last place an artist can hope to make any substantial money.

Despite the intrusion of digital devices into concert spaces around the world, watching an artist perform live is, for now, one of the last technologically unspoiled pleasures in our world. You want analog? Forget a turntable and a vinyl LP—try a flesh-and-blood human, making music the way it’s been done for centuries, right in front of you.

There is hope—although, if the years have taught music lovers anything, it’s not to expect too much from the music industry’s power brokers—that, eventually, as new generations of executives become acclimated to the fact that the Internet has not broken the music business, so much as reshaped it, artists will reap the benefits from the billions of dollars flowing into corporate coffers.

That day, if it ever arrives, is doubtless far away from the current moment.

Rather than pare back, retrench and figure out a way to market artists in the 21st century, there are still maddening vestiges of The Way It Used to Be. Radio, terrestrial or otherwise, is still cited as key to breaking up-and-coming acts. And take Adele, whose throwback, print-and-TV-driven campaign (or, as Fortune so dryly put it, “a little bit of old and a little hint of new”) for her album 25, which effectively upended the industry and racked up millions in sales. The Nielsen year-end report devotes a full three pages to the British superstar, reeling off countless facts and figures.

It may be hard to say goodbye to yesterday, but just about everyone—from the corner office to the coffee shop troubadour—would be a lot better off if tomorrow was more enthusiastically embraced. 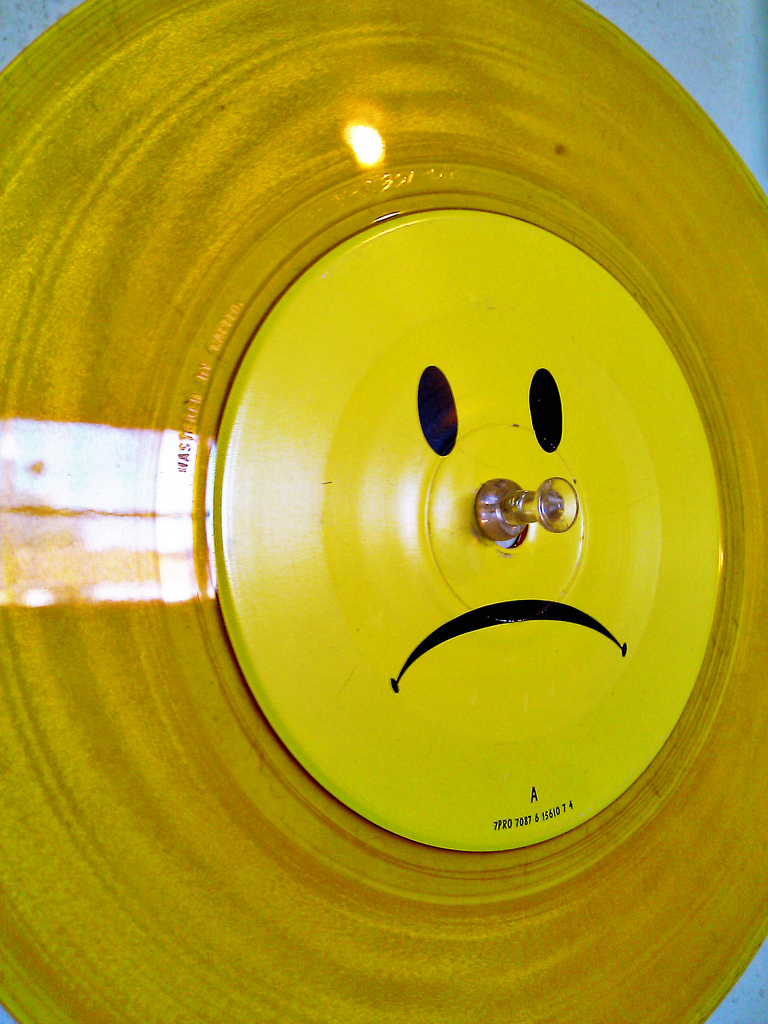