Hillary Clinton’s responses to criticism over speaking fees and donations from Wall Street firms like Goldman Sachs have failed to put an end to questions surrounding the large sums of money she received.

“I made speeches to lots of groups,” she responded to Anderson Cooper during the CNN Democratic Townhall on February 3. “I don’t know. That’s what they offered,” she shrugged.

Last June, the University of Missouri at Kansas City was quoted $275,000 to have Ms. Clinton speak, and ultimately settled for her daughter, Chelsea Clinton, for $65,000. In 2014, Ms. Clinton charged the Boys & Girls Club $200,000 to speak at a fundraiser, and did not donate any of the earnings to the charity. With regards to Goldman Sachs, Ms. Clinton’s speaking agency negotiated the fees—the sum was never offered.

A CNN analysis found that, since 2001, Hillary and Bill Clinton have received $153 million in speaking fees, with at least eight speeches given by Ms. Clinton to big banks for $1.8 million. The media has repeatedly asked Ms. Clinton to release the transcripts, to which she sarcastically responded on ABC’s This Week, “Yeah, you know, here’s another thing I want to say. Let everybody who has ever given a speech to any private group under any circumstances release them all—we’ll all release them at the same time.”

Ms. Clinton’s only opponent in the Democratic Presidential nomination, Bernie Sanders, earned a total of $1,867.42 in speaking fees in 2014, which he donated entirely to charity. In the same year, Ms. Clinton netted millions.

Big banks are some of Ms. Clinton’s largest donors to her political campaigns and to her charity, the Clinton Foundation. Citigroup, Goldman Sachs, JP Morgan and Morgan Stanley have donated hundreds of thousands of dollars to Ms. Clinton throughout her career. The Clinton Foundation has received between $1 million and $5 million in donations from Goldman Sachs, Barclays and the Citi Foundation; between $500,000 and $1 million from Bank of America Foundation, Citigroup, HSBC and UBS, and hundreds of thousands from other large banks.

Ms. Clinton argues speaking fees and donations have never influenced any of her votes, but The Boston Globe reported that during her eight years in the Senate, she avoided taking stances on financial legislation, as bills ushered into legislation during her husband’s administration—such as the repeal of Glass Steagall in 1999 and the Commodities Futures Modernization Act—established a laissez-faire attitude towards the financial industry from the government.

Senator Elizabeth Warren recounts meeting Ms. Clinton in 1998, while she was First Lady, to discuss bankruptcy reform legislation that would favor the financial industry over consumers. Ms. Warren—at the time a Harvard Law Professor specializing in bankruptcy law—advised Ms. Clinton against the bill. Ms. Clinton took Ms. Warren’s advice and lobbied for Democrats to vote against the bill, only to vote in favor of the same bill when she herself was in the Senate a few years later. While both Ms. Clinton and Mr. Sanders served in the Senate from January 2007 to January 2009, Ms. Clinton voted in favor of bailing out big banks after the 2008 economic recession. Mr. Sanders did not.

A few weeks into Ms. Clinton’s position as Secretary of State in 2009, she helped UBS settle a lawsuit with the IRS, saving them millions of dollars. Shortly after, her husband received $1.5 million in speaking fees from UBS, while donations from UBS to the Clinton Foundation increased exponentially.

Clinton advisors have also lobbied to repeal many reforms enacted by Dodd-Frank. Ms. Clinton’s campaign staff includes many former lobbyists, like her chief pollster and strategist Joel Benenson, who ran a consulting firm retained to lobby on repealing parts of Dodd-Frank—legislation meant to regulate the financial industry in the post-2008 economic recession, by the Financial Services Forum. The brother of the Clinton Campaign’s Chairman and lobbyist, Tony Podesta, told The Hill in a 2015 interview that he anticipated President Obama’s ban on lobbyists would not be continued by a Clinton administration.

The enormous speaking fees and donations racked up by the Clintons from the financial services industry represent much more than the “artful smear” Ms. Clinton attempted to dismiss during the 5th Democratic Debate. Ms. Clinton’s record of getting paid substantially by large financial firms suggests her allegiance is aligned with their interests, rather than the American public. Nothing in her record or rebuttals suggests otherwise 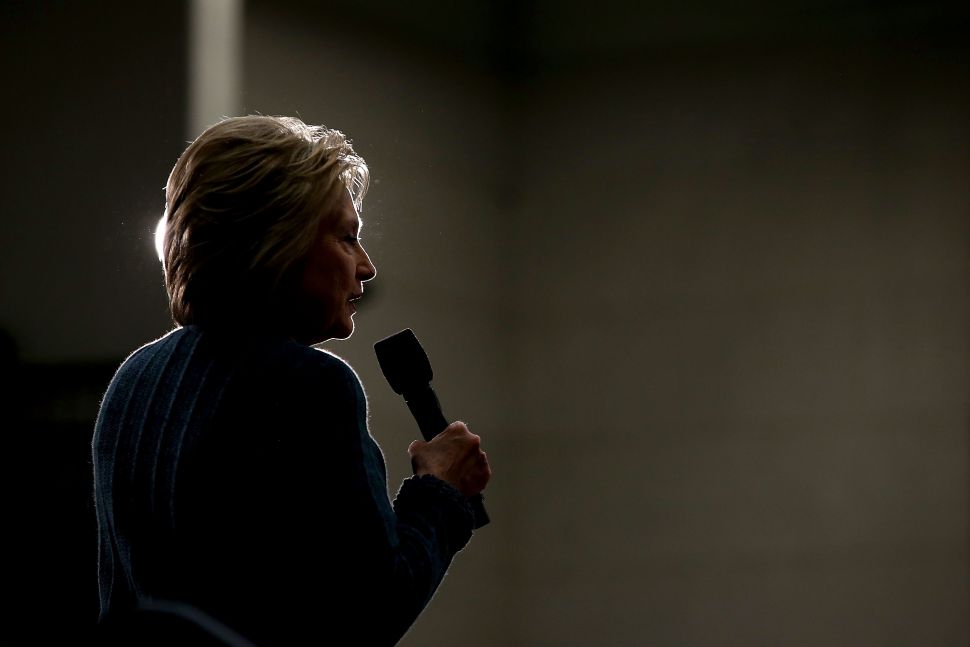