J. Mendel is a shoo-in for A-listers looking to nab a spot on a best dressed list. The French designer behind the label, Gilles Mendel, knows what celebs want: something sexy and flattering with just the right dose of glamour. And he also knows what critics want: something that feels fresh and intricate, but never boring.

For example, Sarah Hyland wore a purple strapless pre-fall design to the SAG Awards, which was perfectly youthful. Natalie Dormer donned a futuristic looking red gown to the Golden Globes, replete with a black slice of glitter at the neckline. Mr. Mendel’s creations simply have the power to shine on red carpets and when the designer rolled out his Fall/Winter 2016 range at NYFW, the Observer noticed quite a few sparkling gowns that would do well on the Oscars red carpet.

There was a gold one, which mimics the look of the coveted statuette. Cate Blanchett can easily be pictured in a red dress with an embroidered single-sleeve bodice. And an oil-slick bustier style gown, with a truly impressive amount of beading, would definitely receive a Hollywood stamp of approval.

Following the runway show, Mr. Mendel talked to Observer about his collection. “My inspiration was from two artists that I really like, Tamara de Lempicka, the painter, and Sheila Metzner, the photographer. They both celebrate beautiful images of very feminine women, extremely glamorous. It’s very graphic but very sensuous.”

Both women use calla lilies in their work, which influenced Mr. Mendel to use the flower as a motif in this collection. He even accented his runway with over 3,000 black lilies, creating a dramatic backdrop for these glam gowns. The lilies could be found on intricately beaded dresses, which took three months to make, according to the designer.

When we asked Mr. Mendel if we should expect to see any of these gowns on the carpet at the Academy Awards, he played coy: “You never know, but I hope so. We are in the game, which is pretty good.”

Although we’ll all have to wait until Sunday evening to see if Mr. Mendel’s designs get selected for the Oscars, here are a few dresses we hope will be gracing the carpet… 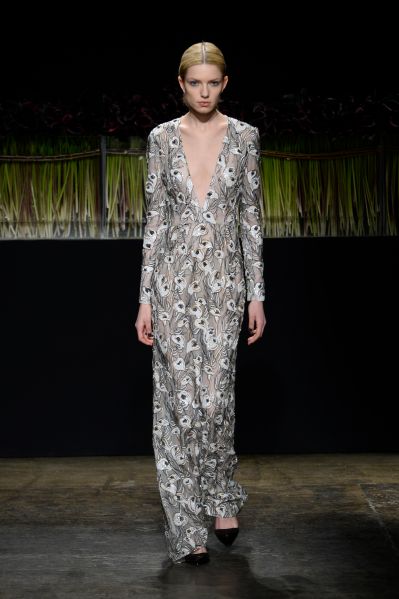 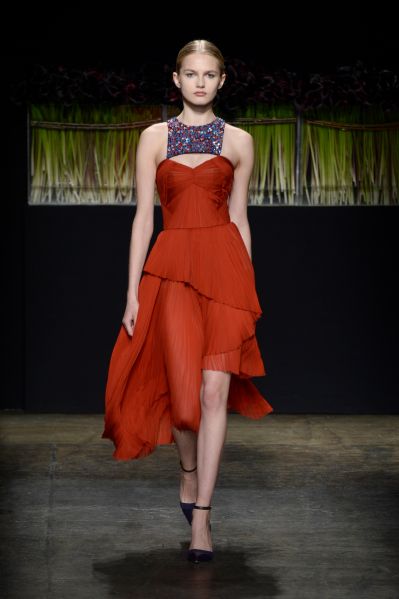 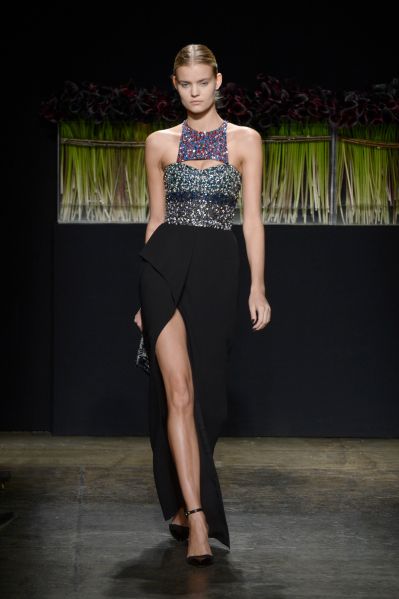 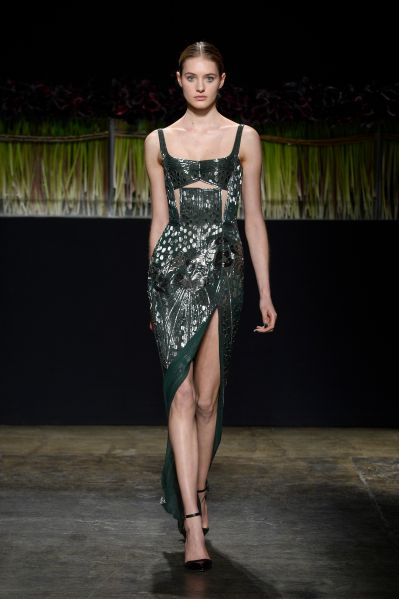 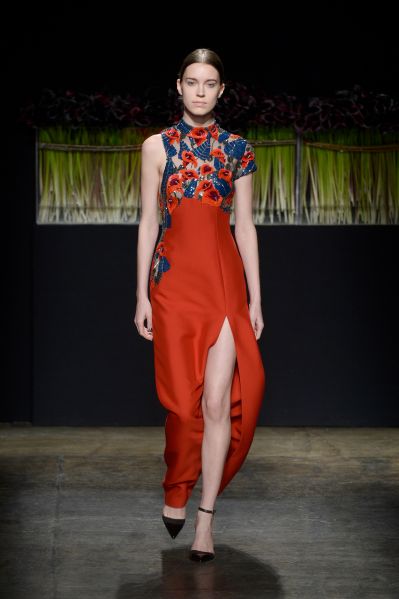 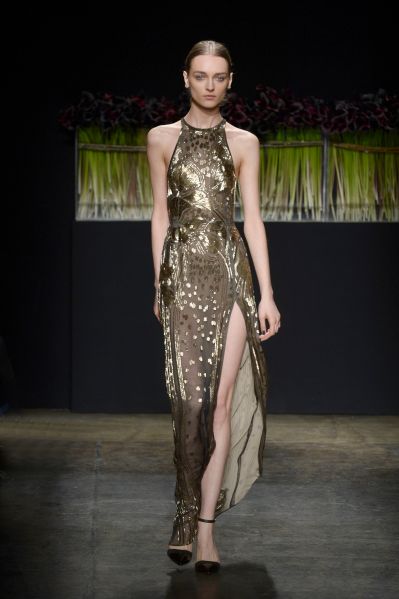 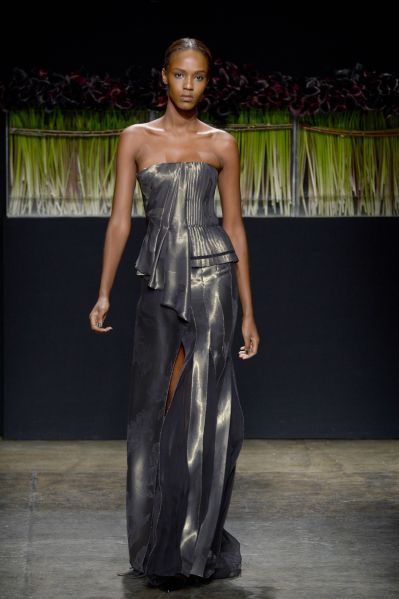 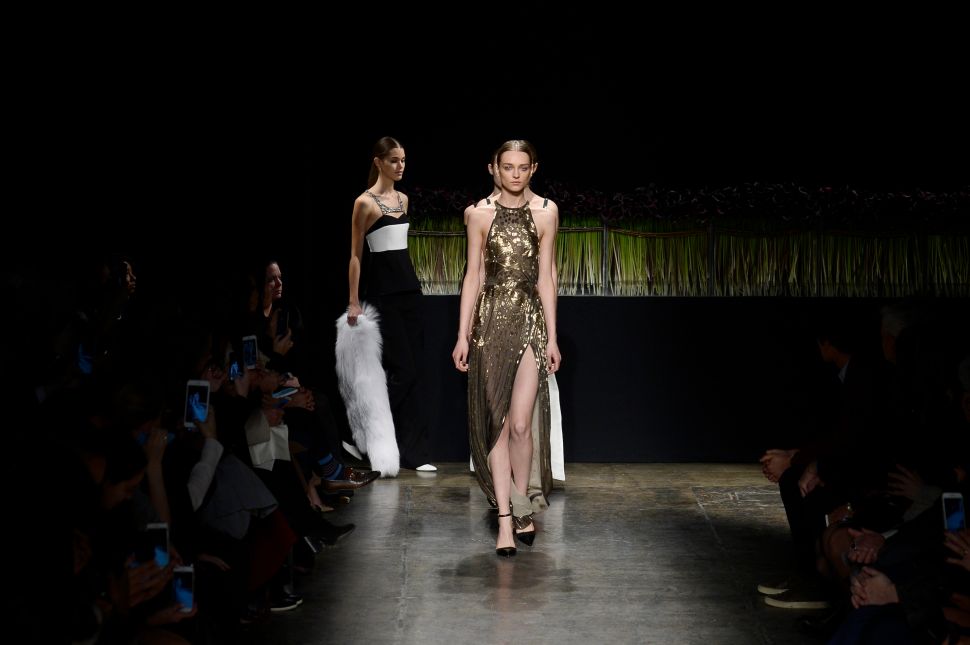