Millions of people likely got their first glimpse of the $180 voice-controlled device in Amazon’s Super Bowl ad Sunday. The commercial, featuring Alec Baldwin, Missy Elliot and Dan Marino, may have left many scratching their heads and wondering, “But what does it actually do?”

The question defies easy explanation. A mysterious black cylinder that looks like Darth Vader’s Thermos bottle, the Echo is, like Apple’s Siri, a personal assistant capable of answering all manner of questions, providing traffic information and restaurant recommendations, acting as an alarm clock and generally making itself useful.

But it’s also an Internet-connected speaker, able to play music from online services like Amazon’s Prime Music, Pandora and, as of last week, Spotify, as well as providing news updates from sources like NPR and playing audiobooks from Amazon’s Audible service, among many other tricks.

The sound quality isn’t up to the standard of, say, Sonos’ networked speakers; then again, the Sonos can’t tell you how long it’ll take to get to work in the morning.

The Echo went on sale several months ago, where it proved to an unexpected hit with early adopters amid the wreckage left by Amazon’s failed Fire Phone. With the Super Bowl ad, Amazon is now hoping it’s poised to cross over from the category of “good geeky fun” to mainstream device.

Once you’ve plugged in the Echo and connected it to your WiFi network, it sits inscrutably until it hears its wake word. Oddly, that word isn’t “Echo,” but “Alexa,” the name of Amazon’s personal-assistant software. If you want, you can change the wake word, but only to “Amazon.” (Can’t imagine many people would prefer that, unless there’s already someone in the house named “Alexa.”)

When it wakes, a ring around its top glows blue to show you that it’s listening. “Alexa,” you say, “who’s the mayor of Sacramento, California?” “Sacramento, California’s, mayor is Kevin Johnson,” she answers in a voice that’s more natural and less robotic than either Apple’s Siri or Microsoft’s Cortana. Ask, “Alexa, what’s on my calendar today?” and she’ll read you your appointments—at least, as long as you use Google Calendar, rather than Apple Calendar or Outlook. “Alexa, play some Beethoven,” and on comes the “Für Elise.”

She—I mean it—can also read aloud e-books purchased for Amazon’s Kindle reader, act as a timer or alarm clock, answer questions with information drawn from Wikipedia and provide a custom newscast you can personalize through the free Alexa app for iPhone or iPad, Android, Amazon’s FireOS and on the web.

Much of the Echo’s utility comes from the fact you need do nothing except speak to it. A seven-microphone array makes it acutely sensitive; not only did it hear me from across a large room, it heard me from outside the room, speaking in a normal voice, and even from the top of the stairs if I spoke a little louder. When it played music too loudly, it heard me say, “Alexa, softer” through the noise and tamped things down accordingly.

The always-listening feature gives some people the creeps, and understandably so. But there’s no denying that being able to just say “Alexa”—or “Hey, Siri,” “OK, Google” or “Hey, Cortana”—and get a result, without pushing a button or otherwise interacting with the device, is highly seductive. And unlike those other phone-based assistants, you don’t even have to pull the Echo out of a pocket.

Charmingly, given that it’s from Amazon, one of the things Echo isn’t very good at is buying stuff. When I tried to order a book, for example, Alexa turned me down because I’d never ordered it before. Turns out you can reorder things you’ve previously bought, but can’t purchase anything for the first time except music.

That might be changing, though. Through a feature called “Skills,” the Echo recently gained the ability to summon an Uber and order a Domino’s pizza. Let’s hope, though, that doesn’t signal the start of a trend; I can’t imagine a less appealing future for Alexa than turning her into a product-pitching huckster.

Meanwhile, Amazon is reportedly readying a new, cheaper portable version of the Echo. The new model, according to reports, will work off a battery and, to save power, won’t always be listening for its name, instead waking at the touch of a button.

Why exactly someone would prefer that to the assistant on their phone remains to be seen; the big question is whether it will preserve the things that make the Echo so much fun in the first place. 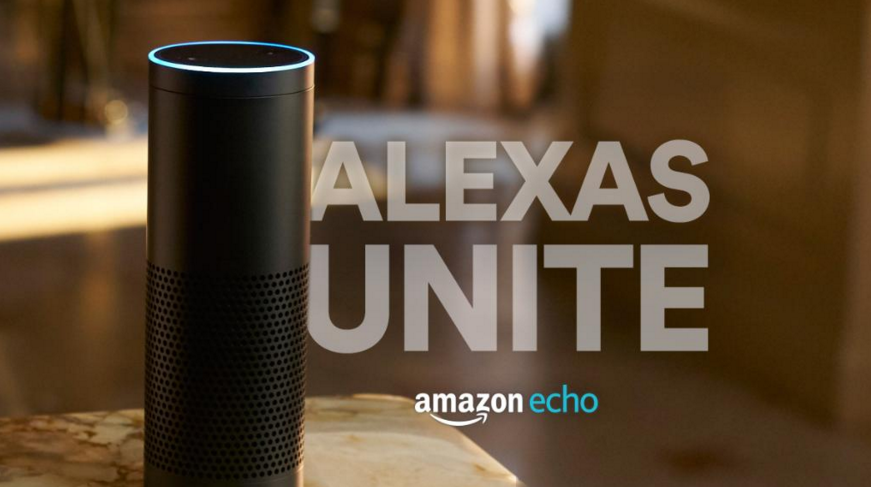