It’s an unbelievably cold day in Brooklyn during this rollercoaster of a February, and Cyrille Aimée is concerned about the two stray cats who live in the backyard of her apartment grounds. The jazz singer, born to French and Dominican parents in Samois-sur-Seine, a small commune of Fontainebleau, France, wants to bring them in but they are incredibly skittish.

“They’re homeless kitties, and I feel bad for them,” she explains to the Observer. “I feed them sometimes, but they are really scared of people. They run away the second you try to approach them. But I leave food for them outside.”

This warmth toward animals exuded by Aimée, who volunteers as a foster pet parent when she is not on the road, is just another appealing quality of this massively talented international chanteuse. Since arriving in New York City as a SUNY Purchase student in the late 2000s, she’s been making waves in the jazz community, wowing crowds across the city, from the tiny downtown club Smalls to the prestigious uptown venue the Cafe Carlyle, working with such greats as trumpet master Roy Hargrove and acoustic guitar talent Diego Figueiredo along the way.

‘I think “Let’s Get Lost” reflects this maturity. It’s got a little bit more of an adult vibe, and I think that’s why it feels so mellow. It’s less excited, it’s less raw.’

However, it is the small group she’s been working with since the release of her acclaimed Mack Avenue debut in 2014, It’s A Good Day, that has helped Aimée reach a new stratosphere of creativity. Comprised of longtime rhythm section—Sam Anning on bass, drummer Raj Jayaweera—alongside the handpicked guitar tandem of Adrien Moignard and Michael Valeanu, Let’s Get Lost (released January 22) features some of the most scaled-back compositions she’s performed on record, all of which focus on themes of romance.

Among the choice selections featured across this 14-song collection include odes to both her French and Dominican bloodlines (exhibited in beautiful interpretations of Edith Piaf’s “T’es Beau tu Sais” and Jean Luis Guerra’s “Estrellitas y Duendes,” respectively), Broadway aspirations (Stephen Sondheim’s “Live Alone and Like It” from Warren Beatty’s 1990 film Dick Tracy) to her serious jazz roots (a fantastic version of Oscar Pettiford’s bebop standard “Laverne Walk”). There’s even a comely duet with one of her longtime collaborative partners, tenor saxophonist Matt Simons, on the album’s penultimate track, “Each Day”.

Ms. Aimée and her group recently played a sold-out show at the Jerome Greene Performance Space on February 16 and will be performing February 24 uptown at the Lycée Français De New York. We were quite lucky to have the chance to catch up with her for a quick interview in between rehearsing for her concerts and fostering pets to talk about the inspirations behind her new album, discovering Sondheim and returning to Paris after November’s terrorist attacks.

So you are a foster for shelter pets?

Yeah, it’s great to give them a home for a couple of weeks before they get adopted, and instead of keeping them in a cage they bring them here and I can take care of it.

How long have you been doing it?

I’ve been doing it since December. The first cat I fostered was so sweet, and I fell in love with her but she wound up getting adopted. It’s good, though, because the shelter follows up with me and lets me know how the cat is doing in her new home, and I’m happy for that. There are so many little kitties in the shelters, so it’s great when they get adopted. And now that I’m a volunteer foster, I receive emails about possible candidates and whenever I can I try to help when I’m in town. But that’s one of the reasons I became a foster, because I’m not present so much to have a pet of my own. But when I can, I always try to help the animals.

Well, if there’s one thing I know as a cat parent, the kitties definitely love jazz. And Let’s Get Lost has such a calm nature about it. In fact, I hear even a little bit of a Mose Allison vibe on this album. Was he a creative touchstone for you?

One time I saw a movie, and it was the first time I heard Mose Allison without even knowing who it was. But then I looked up the song, and I don’t even remember which movie it was, it was this song (she starts to sing the opening lines to “I Don’t Worry About A Thing”), and I loved it. But I would not consider him to be a part of my biggest influences in working on this album. Really, I loved that song and I listened to that one song, but not so much of his other stuff, which I need to do!

One of my favorite things about the album is your cover of Sondheim’s “Live Alone and Like It”. You had recently performed at a concert held in his honor, yes?

Yes, and I didn’t really know about his music until I was asked to do the show, which was at the New York City Center last year with Wynton Marsalis and his orchestra. So there were four singers, two male singers and two female singers, which was myself and Bernadette Peters. And that’s when I really discovered the Sondheim repertoire, and “Live Alone and Like It” was one of the songs I sang and really fell in love with the words.

It must’ve sounded great with the orchestra behind it.

Yeah, it was amazing.

She was very cool, an incredible woman. And she totally killed it on stage.

The scaled-down version of the song on Let’s Get Lost really brings out its beauty so much. There’s such an acoustic nature to this record. What inspired that?

It’s kind of a continuation of my last album, It’s A Good Day. It’s the same band, and if It’s A Good Day was the sun, Let’s Get Lost is the moon. The band was created in the studio for the last album, and I had the band in my head before that, and the idea of having these two completely different sounding guitars come together on it. I had no idea how it was going to sound, and Michael, the electric guitar player, lives in Brooklyn and we worked on arranging and he had a great guitar view of the arrangements in a way where one wouldn’t stomp on the other’s toes.

Then we went into the studio to see what would fit and what wouldn’t fit and then record it. Let’s Get Lost is the same band, but now it’s a band who has played over 300 shows together and have been on the road together nonstop. We’ve lived together and have become a family and have gone through ups and downs. And I think Let’s Get Lost reflects this maturity. It’s got a little bit more of an adult vibe, and I think that’s why it feels so mellow. It’s less excited, it’s less raw.

You can definitely sense it when listening to this album.

And at this point, we knew each other so well musically that when we got in the studio, we only had to concentrate on the vibe and the mood rather than the arrangements and this and that. We knew one another all so well.

How much of the guitar playing on this album stem from your roots in France, by the way?

Well, I lived where Django Reinhardt used to live, in Fontainebleau. So there’s a festival every year in his honor, and the gypsies would come from all across Europe, including his family, to camp in the fields in their caravans to honor him and just jam. It would go on for days and nights, and when I was little I became friends with some of them, and that’s how I started singing.

You were recently in Paris for the first time since the terrorist attacks in November. What was it like from your perspective?

It was a little intense. You walk into any store, the pharmacy or even the supermarket, and there’s people checking your bags and bodyguards at the doors. It’s very different. And the people are kind of hurt, and you can feel it. You can feel that people are scared. But even after all that, the terraces are packed. Even though it was not so warm out, people were sitting outside and enjoying life. 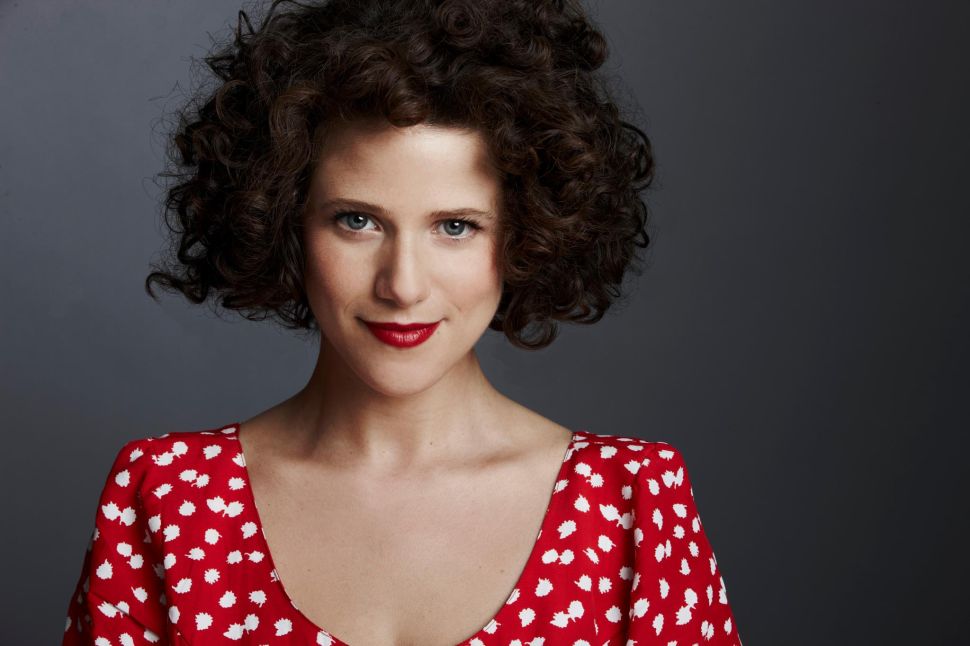