Presidential candidates have descended on New Hampshire in advance of tomorrow’s primary, stumping in churches and coffee shops to get out the vote.

But not all Granite State residents have caught election fever.

Earlier today, the New Hampshire Union-Leader tweeted out this image from a Carly Fiorina campaign event at a Manchester diner:

An unidentified woman is more interested in her breakfast than Carly Fiorina's campaign stop in Manchester Monday. pic.twitter.com/jckGnIFxKM

Twitter users were quick to praise the unidentified woman in the photo, who like them seemed fatigued by the endless campaign season:

@UnionLeader Breakfast is the most important meal of the day.

A smattering of tweeters used the photo as an excuse to attack Ms. Fiorina herself, and her status as a longshot:

@UnionLeader I think that's Carly Fiorina from the future

@UnionLeader @Ryon_D I have no idea who this Carly person is so I don't blame the lady. Let her eat her breakfast in peace. ^_^

And of course, since this is Twitter, a good number of commenters compared the disgruntled diner to a cartoon character of their choice:

Candidates need to learn that bacon and eggs are more important than Democrats and Republicans. 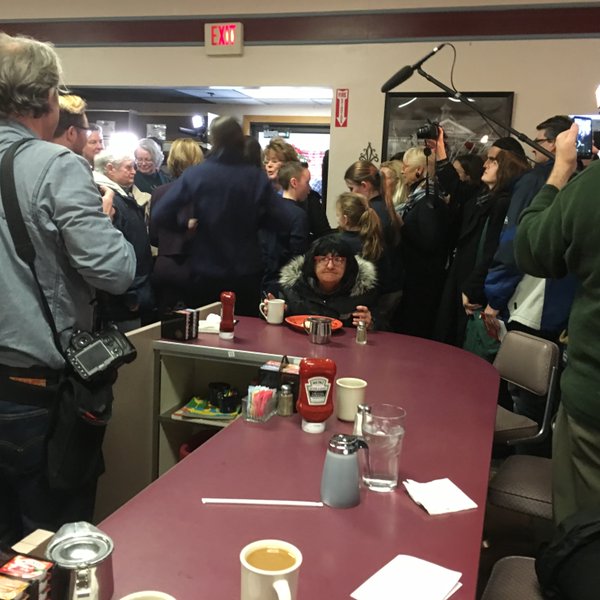