The contents of Wu-Tang Clan’s “secret” album Once Upon a Time in Shaolin… are no longer under wraps.

Artist Jason Koza claims that the rap group used his illustrations without his permission in the album’s packaging, TMZ reports.

After sitting in a Moroccan vault since 2013, the only copy of the 128-minute, 31-song double-album sold in a private auction held by Paddle8 for $2 million to Martin Shkreli, the pharmaceutical executive notorious for jacking up the price of Daraprim, an anti-malarial and AIDS drug, by over 5,000 percent.

“This is like somebody having the scepter of an Egyptian king,” Wu-Tang Member Robert “RZA” Diggs told Forbes.

Mr. Koza is a Long Island native and illustrator who graduated from Fashion Institute of Technology in 2005. While both Mr. Koza and his attorney, Peter Scoolidge, declined to comment, a source close to the case said that during the first few months of 2014, Mr. Koza submitted several drawings of Wu-Tang Clan members to Wu-Tang Clan Disciples, a blog that aggregates fan artwork. Mr. Koza never heard anything about the submissions until last Friday, when images of his illustrations surfaced in Vice magazine. These photos match those posted by Mr. Koza on his Instagram two years ago.

Sarah Goulet, Head of Communications at Paddle8, told the Observer that Mr. Koza’s images were not part of the album sale, but rather a separate gift from Wu-Tang Clan to Mr. Shkreli, compiled in a 174 page, leather-bound notebook of lyrics, song history, and artwork.

A Wu-Tang Clan representative could not be reached for comment.

No suit has been filed yet, but if Mr. Koza chooses to prosecute and wins, the law could grant him monetary damages, or impoundment and destruction of the infringing copies.

Until further update, here’s a 51-second sneak peek at the album. 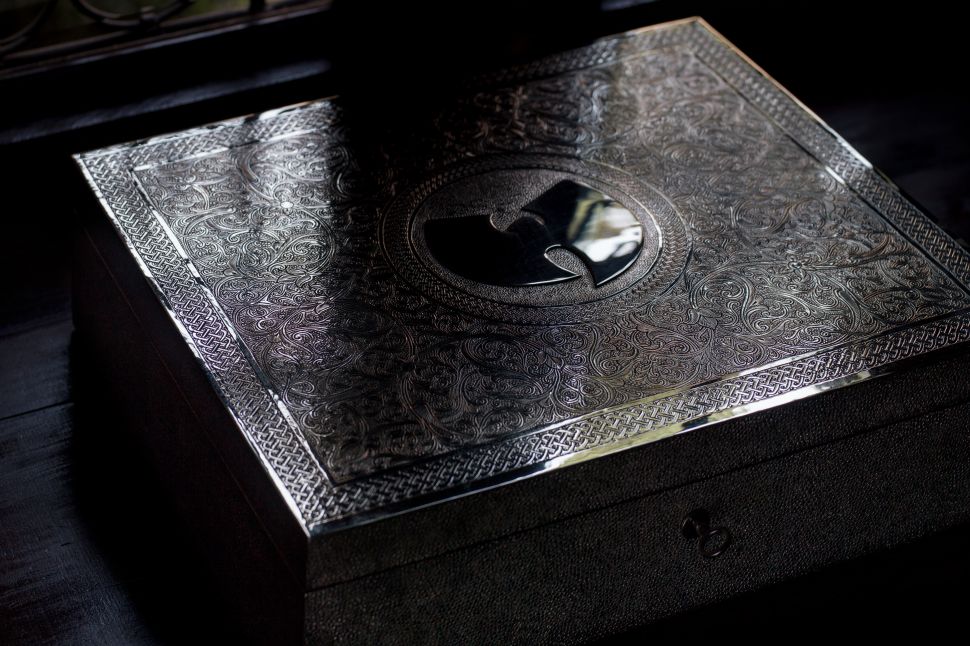