I went to Mexico for four days, and it was a crash course in tequila if there ever was one.

I learned the lay of the tequila land, riding through the most difficult to reach corners of the agave fields only accessible by mule or ATV. I hung out with locals, took a cooking class in authentic Mexican cuisine, toured the Altos tequila distillery and obviously drank a lot of local spirit. I learned a lot about the liquor most of us associate with an especially wild night out. Here are five of the most surprising things I discovered:

Only tourists and hipsters order anything else in Mexico

As one local put it, “If you’re at a bar in Mexico and order something besides tequila, you’re either clearly not from here or are doing it to be different for attention.”

I heard this right at the beginning of my trip and paid attention to what everyone was drinking around me throughout (even at the airport), and it’s true. When it came to spirits, everyone was actually drinking tequila at all times. The streets are lined with stores that sell only tequila, and the bars and restaurants hardly carry other liquors. Each has no more than two or three bottles of vodka, rum, gin and whiskey.

They don’t take tequila shots, ever

In Mexico, they mostly sip tequila straight or mix it with club soda, maybe with a splash of grapefruit juice. Cocktails are rare, people don’t really drink margaritas and they definitely don’t take tequila shots. The closest they come to a shot is a “bandera.” In english, the word means “flag,” and the drink consists of three shooter glasses filled and arranged to depict the colors of the Mexican flag. For green, one glass is filled with lime juice. For white, one is filled with blanco tequila. And for red, the final glass is filled with sangrita, a spicy tomato-based chaser. Although these are shots, you don’t take them as such. You simply rotate sipping a little from each.

Patron is the “crappy” tequila in Mexico

There is so much amazing tequila around in Mexico that the premium brands in American just don’t stack up. A local told me that Patron, the top-shelf and the most rapped about spirit in the U.S., is considered a crappy brand in Mexico.

The way tequila is made is changing, and not for the better

The traditional method for making tequila has been abandoned by most distillers and replaced with a mass production system that allows them to pump out more tequila but drastically lowers the taste quality. A blind taste test of six tequilas proved this to me.

After harvest, the time-honored technique calls for the piña, the core of the agave plant, to be steam cooked for three days in an oven with no pressure. A few years ago, however, a new pressure cooking method sometimes referred to as the “microwave of tequila” was introduced, now allowing makers to cook it for only 10 hours. While efficient, it cooks the agave differently and often produces an undesirable bitter taste, sometimes crisping the outside without cooking the middle all the way through. Years ago, the second step, crushing the baked agave, was overhauled as well. Traditionally, this is done via the “Tahona” method, which involves repeatedly rolling a stone wheel over the baked agave. I saw this first hand when I visited the Altos distillery in Arandas, where they use a wheel made from volcanic ash that was chiseled by hand for four moths. Out of the 150 certified tequila producers, Altos is one of the only six still using the Tahona method (they use the traditional ovens as well). In the blind taste test, their product shined above the likes of popular brands like Don Julio and 1800, whose blancos tasted of chemicals in comparison.

Tequila is named after the city where it originated

The spirt was named after its birthplace—a town called Tequila in Mexico’s Jalisco state. The liquor’s popularity has led the town to become a World Heritage Site and earned it the name “Pueblo Mágico,” or “Magical Town,” by the Mexican federal government. 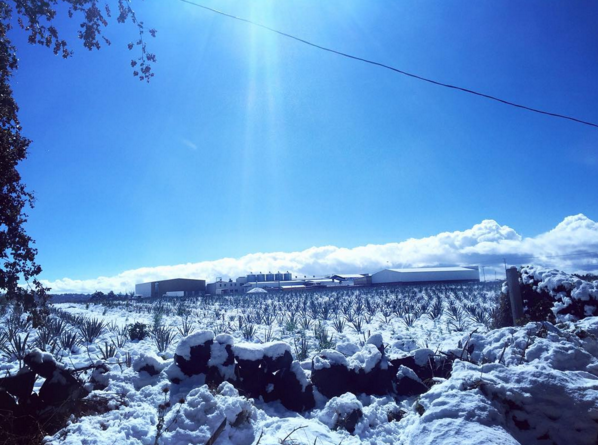