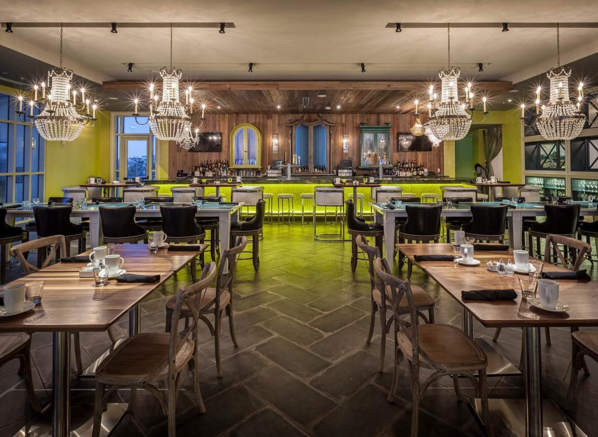 After three straight months of fashion weeks–men’s, couture, and then women’s–one might think that it’s all over. But it’s not. Beginning Tuesday, Charleston, kicks off their 10th annual fashion week, which is arguably the third largest fashion week behind New York and Miami in the United States. Since it’s founding, the South Carolina-based event has found support in boldfaced fashion names like Fern Mallis, Derek Blasberg of Vanity Fair, Eric Wilson of InStyle, Anne Slowey of Elle as well as designers like Todd Snyder, Christian Siriano and Marcus Wainwright and David Neville of Rag & Bone.

This year, the event will play host to presentations from the likes of emerging designers from all across the East Coast as well as Tracy Reese, Creatures of the Wind and CFDA/Vogue Fashion Fund-nominated Cadet. As all of these major players in the industry converge on the city, we ask a few past CFW participants exactly where you should visit if you plan on making a trip down to the beautiful, seaside Holy City this year.

A fitting end to a fabulous birthday weekend! #chswff

For those wanting to taste the South while there, this old white mansion boasts an entire line-up, replete with a standalone space called The Bar at Husk, that makes it a must-visit.

It's a #shrimpandgrits kinda day!

Head over to @thesouthernc app to read Stacy's interview with @cherileavy about her most versatile wardrobe staple, her favorite thing about the south and what's currently in her bag! #tscsummit #womenatwork #wearinghampden

Shop owner Stacy Smallwood scours the world for designers like Suno, Harbison and Marni to bring into this gem of a King Street boutique whether via event or by stocking the line.

Recommended by: Eric Wilson of InStyle

So @hymans_seafood in #Charleston is definitely a treif restaurant — BUT, they have a #GLATTKOSHER menu supplied by the local #Chabad. Food was quite good all things considered. Great to have another option to eat here. ——————— #kosherfoodie #kosherfoodies #eeeeeats #everyday #instayum #instafood #instagood #jewish #foodstagram #foodporn #foodstyling #CharlestonSC #buzzfeedfood #food #foodies #foodie #restaurant

If you’re headed to a port city, why not taste the day’s catch?! Mr. Wilson suggests the crispy flounder at this seafood institution.

Dinner at Hyman's✨The No. 1 seafood restaurant in the Southeast! 🐠🌊🌾

Recommended by: Cameron Silver of Decades and H by Halston

For lodging, this boutique hotel with its full-fledged art gallery, wine-tasting area and Eleve restaurant with European influenced menu is ideal.

Recommended by: David Hart and Eric Wilson of InStyle

If you ever wondered where to get brunch while in town, wonder no more. This popular spot gets packed out often on Sundays but cooks up a shrimp-and-grits that’s definitely worth the wait.

Though this gay club has recently come under new management and may be undergoing renovations soon, it will likely still be a go to spot for Mr. Benz to “dance all night!”

The best part about Sunday? Breakfast all day (tho, let's be real, we can do that everyday, really). 📷: @seecavallo #CHSWFF

This farm-to-table eatery keeps things fresh with a constantly changing menu and a three-time James Beard semifinalist executive chef in the kitchen. 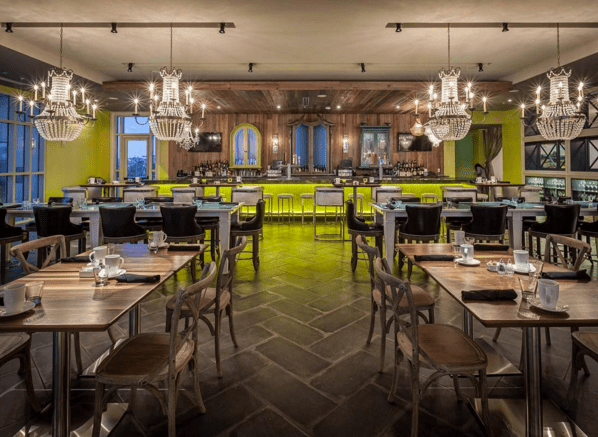