As home to some of the tallest and fastest roller coasters in the world, Six Flags is known for taking everyone’s favorite amusement park ride to innovative new heights. But while all amusement parks have sought to deliver an adrenaline rush with big drops and gravity-defying loops, Six Flags is now channeling something different entirely: virtual reality.

Today, Six Flags announced it’s partnering with Samsung to bring virtual reality to nine of their most popular coasters. This does not mean park visitors will be sitting in chairs wearing VR goggles that make them feel as if they’re on a roller coaster. Rather, riders of the parks’ already existent roller coasters will now have the option to wear Samsung’s Oculus-powered Gear VR headset to transform their classic roller coaster experience. The Samsung headset will synchronize every movement of the ride to an incredibly realistic 360-degree virtual reality world to provide additional sensory experiences and even interactivity.

On the new Superman Virtual Reality Coasters, riders will be fully immersed in the 360-degree comic book world of Metropolis. They’ll encounter Lex Luther creating chaos with an anti-gravity gun and soar along Superman as he saves the day. The New Revolution Virtual Reality coaster, however, will transport riders to a futuristic battle to save planet earth from an alien invasion in what’s been called “the world’s first-ever interactive gameplay technology on a roller coaster.”

“This remarkable technology is a definite game-changer for theme park rides and represents everything our brand stands for—delivering the most thrilling and innovative rides and attractions in the world,” John Duffey, Six Flags President and CEO, said in a press release. “With the addition of these virtual reality coasters, Six Flags will be introducing more than double the number of new coasters and rides than we did in 2015, and more than any year in the last decade. Innovation is part of our DNA, and news in every park every year is driving higher guest satisfaction and building strong momentum for our company.”

The following coasters will soon be equipped with the Superman virtual reality experience:

The New Revolution virtual reality experience is coming to these six coasters:

“This transforms the modern roller coaster into a totally new, one of a kind sensorial experience powered by technology,” Marc Mathieu, chief marketing officer at Samsung Electronics America, said in the release. “We are excited to work with the premier brand in theme parks to bring Samsung’s VR technology to nine Six Flags locations across the U.S.” 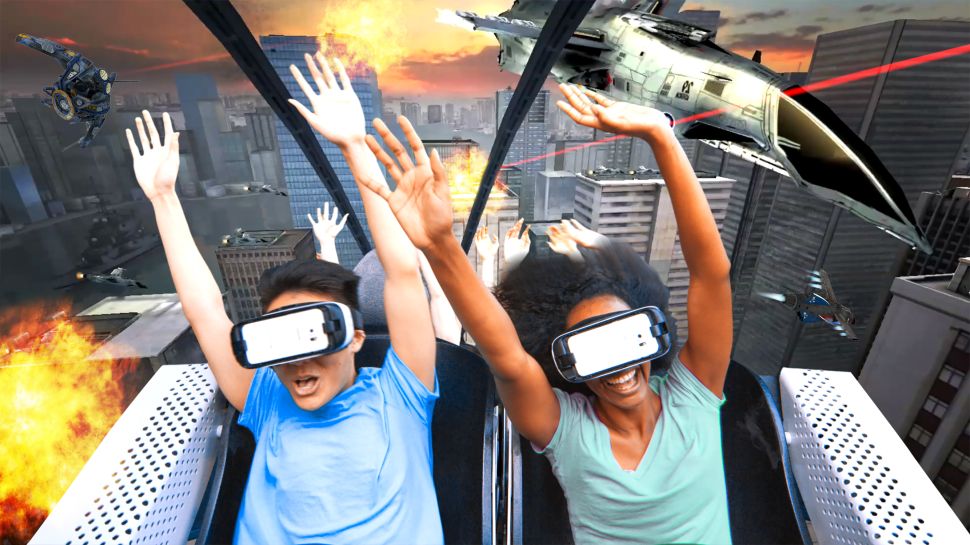