Equally touching and disturbing, the French film Standing Tall is an outstanding work of social realism by actress and writer-turned-director Emmanuelle Bercot that takes a hard but sympathetic look at juvenile delinquency in France but addresses the problem everywhere. It’s not exactly new; the issue has been the subject of many films, especially in America. But it has special force here because of a sensitive script and a set of extraordinary performances, including a dazzling turn by exciting teenage newcomer Rod Paradot that is on the same level as Jean Pierre Leaud in The 400 Blows.

In one of her most compelling roles, Catherine Deneuve plays a dedicated and compassionate juvenile court judge who takes a special interest in the difficult, demanding case of a wayward 16-year-old delinquent named Malony whose intelligence and potential to become a responsible adult are compromised by self-destructive behavior that is heading for a life in prison. Judge Florence Blaque (Deneuve) and social worker Yann (Benoit Magimel), whom she assigns to be the boy’s counsel, are the two supportive adults who work tirelessly to save him. Malony has an irresponsible mother with a series of abusive boyfriends, a younger stepbrother who needs guidance and a history of anti-social behavior that includes bullying, violence and stealing cars. Unsupervised since his father died when he was four, he’s been a victim of poverty and poor parenting for more than a decade. Now, the judge has no other recourse than to send Malony to a juvenile rehabilitation center, where she hopes he can learn to pull his life together and become accountable before it’s too late.

For a while, Standing Tall is like a French Boys Town, but every step forward in the name of progress leads to two steps in reverse as Malony grows more hostile to adult authority. Jail is inevitable, but the warm-hearted judge never completely gives up hope for the boy’s future. “We lay down the tracks, but we can’t drive the train for them,” she says to the social worker, who survived a troubled youth himself with her help. Following her lead, we live through every triumph and reversal, never really throwing in the towel, thanks hugely to the colorful and appealing centerpiece performance by Mr. Paradot, an actor to keep an eye on.

Seething with hate, trembling with an uncontrollable rage yet not afraid to also show affecting tenderness, vulnerability and tears, this young actor has an impressive range, and when we see him after two years of struggle, holding down a job and proudly holding his own newborn son in his arms, it’s difficult not to shed a few tears ourselves. The film never totally manages to avoid sentimentality, but by juxtaposing the violence with compassion, director Ms. Bercot makes the road from darkness and despair to pride and optimism completely believable and convincing. Written and directed with nuance and care, with well developed characters and naturalistic dialogue, Standing Tall shows the misery and pain of youngsters in rebellion against the social construct that made them that way, as well as the frustration of the public servants who work overtime to give them hope. 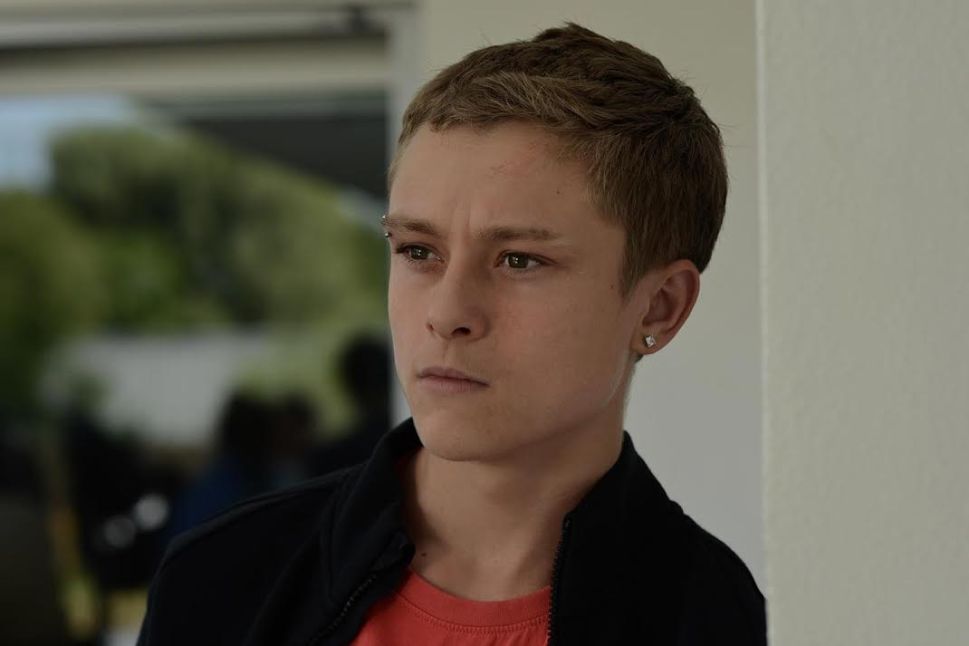