Over the past few months, state labor investigations into nail salons across the New York area have found widespread violations. After various labor abuses were revealed by a New York Times investigation last May, Governor Andrew Cuomo ordered emergency measures and created a multi-agency task force to heighten scrutiny of the industry. The vast majority of salons investigated last year were found to be in violation of at least one labor law. But the investigations also bring up the difficulty of regulating an industry in which records frequently aren’t maintained and workers are often immigrants in vulnerable situations. (New York Times)

Overcrowding in New York is getting worse, recent Census Bureau data shows. Nine percent of all households in the city have more than one person per room, compared to eight percent a decade ago. Nationally, this statistic is at 3.4 percent. Working class and immigrant neighborhoods bear the brunt of the crowding problem—the Bronx and Brooklyn have the highest rates of overcrowding of the five boroughs, but Queens neighborhoods Elmurst and Corona also face a crowding problem. (New York Times)

A Brooklyn councilman is questioning Brooklyn District Attorney Ken Thompson’s decision to dismiss charges against the five teenagers accused of taking part in the gang rape of an 18-year old girl in Brownsville this past January. Councilmember Laurie Cumbo wrote in an open letter yesterday that the decision is setting a “dangerous precedent” for how lawmakers define consent. She worries that dropping the case will send the wrong message to the community about various issues, including incest and the ethics of sex tapes. (Gothamist)

The Williamsburg residents who made news last year after turning their apartment into a tribute to figure skaters Nancy Kerrigan and Tonya Harding are back. Matt Harkins and Viviana Olen recently created a Kickstarter to fund a new display for their makeshift museum—an exhibit of a series of paintings called “The Olsen Twins Hiding From The Paparazzi.” The funding goal of the current Kickstarter is $9,500, which will be used towards things like renting a storefront and flying the artist, Laura Collins, in from Chicago for the opening. According to Olen, the exhibit is mean to focus on “the mid-aughts of celebutante culture.” (Brokelyn)

Once upon a time, subways were actually luxurious. The current New York City subway system may have opened in 1904, but the city’s subways have a more complicated history going back to 1849, when inventor Alfred Ely Beach thought up the possibility of an underground horse-drawn transit system. Though the idea certainly wasn’t a hit from the get-go, and the time period offered limited options for powering underground transportation, Beach managed to bring his invention to life by 1870—with a block-long pneumatic subway that ran between Warren and Murray streets downtown. It featured an elegant interior, full with paintings and a grand piano. Despite Beach’s insistence that the line should be extended, investors were unconvinced that an entire system could be built from his idea. (Daily News) 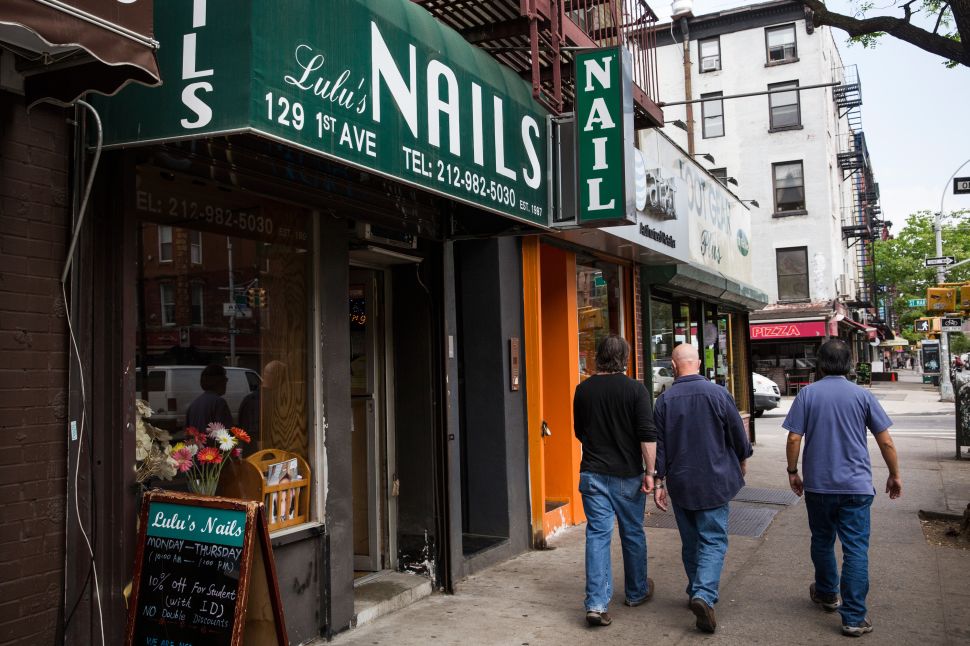