Joe Corré, celebrity offspring and designer of deeply ludicrous underwear, has announced that he will publicly incinerate over $7 million worth of punk memorabilia this November in London. Corré declared he is doing this to protest the mainstreaming of punk rock and to underline his disgust at Punk London (a series of events to commemorate the 40th anniversary of the public emergence of British punk, officially supported by the Heritage Lottery Fund and the Mayor of London).

Please allow me a moment to point out how totally full of shit this move actually is.

First of all, it is all well and good for someone to destroy valuable memorabilia they can afford to destroy. The fact that Corré is worth $50 million underlines that this is an empty gesture. In other words, it’s all show, no sacrifice; the publicity he’ll get for this fuckery is worth more than the value of the memorabilia he’s going to burn.

Now, if some middle-aged, middle-class, non-famous punk rock fan from, oh, Summit, N.J., wanted to protest the distortion of punk rock by igniting his collection of limited-edition Misfits 45’s worth $1,200, that would be truly meaningful.

That fan would be going, “I am pissed off, so I am sacrificing something of real value to me! I could sell those Misfits 45’s on eBay and buy a new computer, or put some money aside to send my kid to Fairleigh Dickinson, or if they don’t get in there, Raritan Valley Community College. But no! I hate the fact that the passions and power of my adolescence have been reduced to a ridiculous fake band like the Nasty Bitz sounding like 311 imitating Rancid imitating the Alarm, so I am going to make a point by destroying those 45’s that have great meaning and value to me. I will tell WFMU all about it.”

But this kind of destructive gesture means absolutely nothing coming from a multi-multi-millionaire, much less one who will point to this bullshit stunt as proof of how cutting edge he is, and therefore you should buy his stupid underwear, because he means it, maaaan. And Jesus, have you seen any of this Agent Provocateur stuff? It’s insanely overpriced, over-designed wank-wear for the Maxim crowd, and that is just so punk rock.

Any idiot can destroy. Any idiot can take part in Kristallnacht, anyone can rip a T-shirt and call it fashion, any moron can “Give the wrong time/stop a traffic lane”, any idiot can use violence to affect change.

“Destroy” is the message of a bully. The very best thing about punk rock is that it was the movement of the bullied; it empowered the bullied. It’s not that far from burning punk rock memorabilia to burning books; both are destructive gestures, the easily conceived spectacles of the uncreative and bullying.

Destruction is a vaguely interesting artistic concept, but it was always the most bullshit, easy-out aspect of punk. Personally, punk empowered me to create, not destroy.

I also have this big fat question: Unless Corré took out a $6.5 million life insurance policy on Paul Weller and they’re throwing him in the bonfire (something he might deserve for the aural and conceptual atrocity that was The Style Council, but that’s another story), I am having a really, really hard time imagining where this $7 million worth of punk rock memorabilia is coming from.

I mean, the most valuable punk rock 45 is the A&M Records pressing of “God Save the Queen” (the Pistols were dropped from the label only six days after signing, so production was halted almost immediately), which is worth between $10,000 and $20,000; but there are only around 10 of these known to exist, so even if Corré was burning all of ‘em, he’d still have about $6.9 million to go. The buzz seems to be that Corré is going to be immolating exclusive fashion pieces from the era, but still, I’d love to see the actual math on this.

But that’s hardly the point. Let’s take Corré at his word that he’s actually got $7 million worth of punk memorabilia to burn. Only the most superficial goofball whose idea of punk was based on a picture torn from Rolling Stone of some ass with a safety pin in his cheek thinks that destruction makes them punk rock. Destruction is a vaguely interesting artistic concept, but it was always the most bullshit, easy-out aspect of punk. Personally, punk empowered me to create, not destroy.

Everyone knows this, except, apparently, idiots who made their fortune putting improbable models into ridiculous underwear: the “real” punk rock thing to do would be to sell that memorabilia (and let’s assume it’s actually worth $7 million, though I remain hugely incredulous) and buy 28,000 guitars and basses. Give those out to people and tell them to create a new kind of punk, something that is as unimaginable to our ears as punk rock was to the ELP fans your parents rebelled against. Or better yet, give 28,000 guitars to 28,000 girls, and tell them to make fucking noise outside their state capitols the next time some assholes try to take away their rights.

He was the bassist in a really solid late-’70s Canadian punk rock band called The Subhumans. About 34 years ago, Hannah and some pals were pissed off that a Canadian company was producing parts for American cruise missiles; they also suspected that some X-rated video stores in Vancouver were exploiting women and making illegal pornographic films. So they bombed those places. Hannah and his compatriots—they came to be known as the Squamish 5—did a pile of time in jail, but they actually put their money where their mouth was, and turned punk rock’s rebel posture into activist reality. As another radical Vancouver punk rock band called D.O.A. used to say, “Talk Minus Action Equals Zero.”

Dying your hair pink and smashing your guitar are not meaningful political acts; they stop no wars, they alleviate no poverty, they accompany no frightened women to abortion clinics. Getting an Anarchy tattoo doesn’t make you Rosa Parks; risking your life for a cause makes you Rosa Parks.

Comrade Corré, my super-rich, super-douchebag friend, read about some musicians who changed the world: Victor Jara, Woody Guthrie, Pete Seeger, Phil Ochs, all artists who were willing to sacrifice their livelihood and sometimes their lives for their message. You, Joe Corré, are setting a fire that burns down no palace and feeds none of the hungry, but it will photograph beautifully (there’s probably a tax break in there, too). You are building nothing in the ashes. You are total bullshit. Listen to a fucking Mekons record, you moron. Sell the memorabilia and give it to the Mekons to make more records.

Oh, but that would probably fuck up your tax break, wouldn’t it?

Listen. There were (and are) a lot of artists out there who actually tried to make the spiky silhouette of punk mean something. Rudimentary Peni, Mekons, Billy Childish, Holly Golightly, CRASS, Chumbawumba (people forget that their one big hit was a calculated effort to infiltrate the mainstream!), Die Toten Hosen, Poison Girls, and many, many more I am forgetting; why not ask them how to pull this off?

Dying your hair pink and smashing your guitar are not meaningful political acts; they stop no wars, they alleviate no poverty, they accompany no frightened women to abortion clinics.

Actually, Corré, do yourself a favor and get a hold of Mark Perry. Perry was an artist and journalist who was one of the first people to realize that punk had the potential to be as big a bag of fake shit as the stuff it was supposed to replace; he was also one of the earliest first-wave punk artists to realize that punk music meant an opening of one’s mind to extraordinary possibilities for music and activism.

Bring Perry in to consult on your little tax-break fire. Oh, and bring in Gerry Hannah, too, and Joey Keithley from D.O.A., and while you’re at it, bring in Holly Smith and Billy Childish and John Robb and Sally Timms and Jon Langford to consult. Shit, call up Billy Bragg, Paul Sanchez and Steve Earle, too. Give these people, these real motherfucking in-the-trench-on-the-picket-lines punk rockers, a chance to tell you how to make a truly meaningful gesture about the corporate and mainstream diluting of punk rock.

Until then, go fuck yourself. And before you throw Paul Weller in the fire, let’s recall these words he once sang, a very, very long time ago: “What’s the point in saying destroy/ I want a new life for everywhere.” 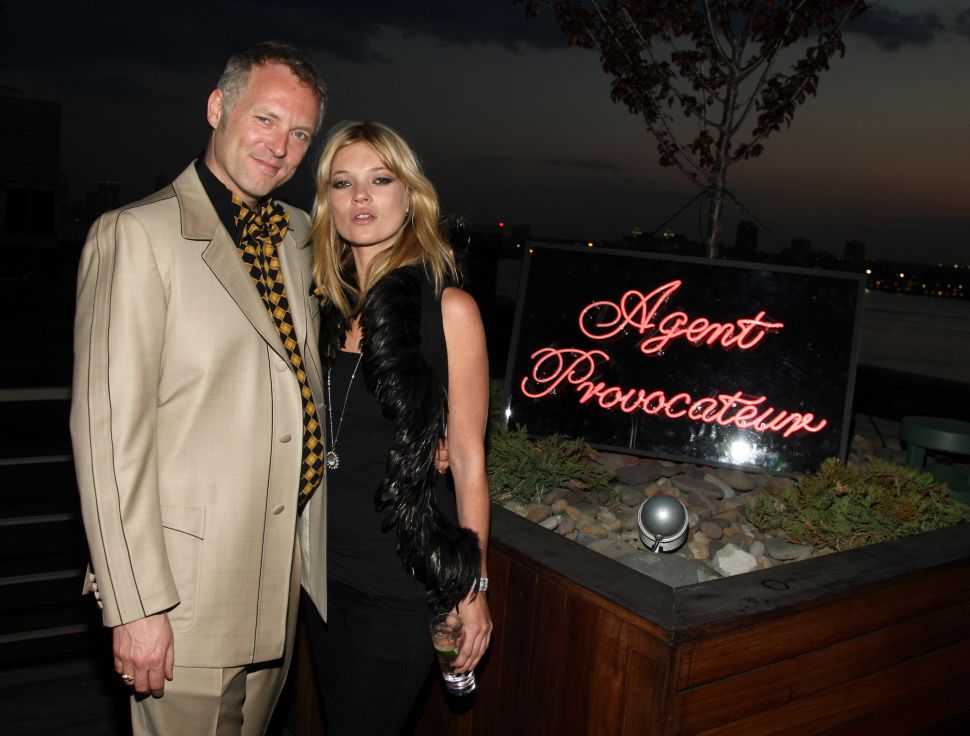